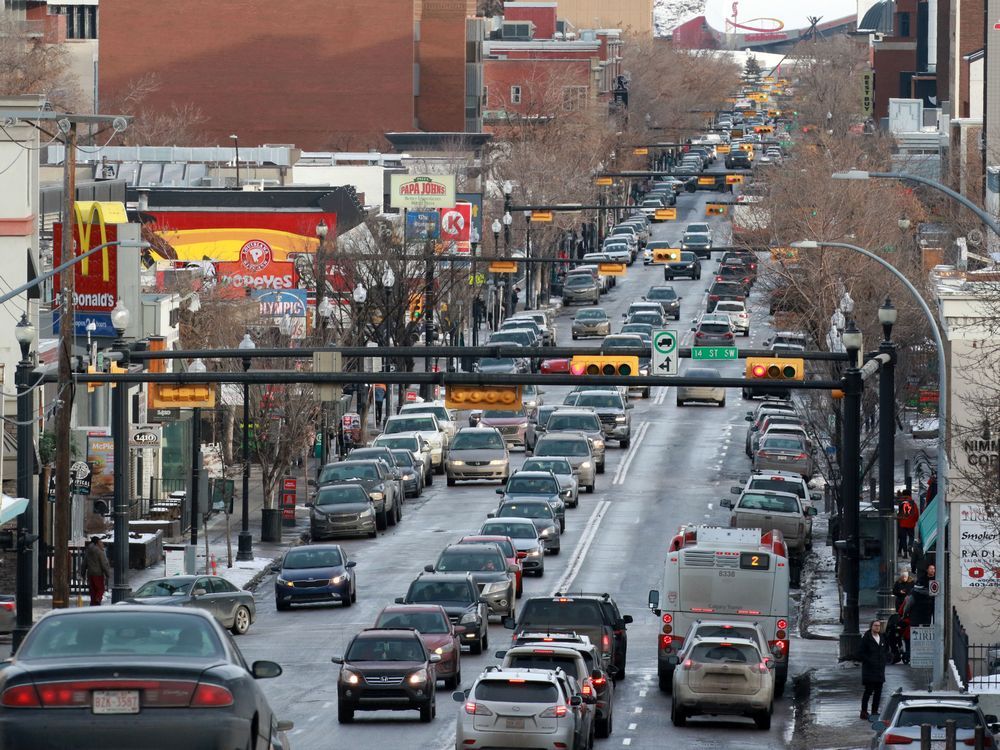 Several business owners on 17th Avenue S.W. said they were relieved and ready to move forward on the first Saturday in months during which protesters did not march down the bustling street.

Crowds of some 1,000 people had gathered in the Beltline neighbourhood each Saturday for the past several months as they rallied against vaccine mandates and public health measures aimed at stopping the spread of COVID-19. Each week, they would meet in nearby Central Memorial Park and march down 17th Avenue honking horns, playing music, waving flags and shouting “freedom.”

While the protesters continued to gather this week, in the face of an injunction that prevented blocking roadways and other typical protest activities, the crowd instead travelled through towards city hall where they heard speeches and songs.

Meanwhile, 17th Avenue S.W. returned to its old ways as many people enjoyed the sunny Saturday walking along the sidewalks or sitting on a patio. Pam Haight, owner of Rubayat, said it was a “perfect day” after weeks of disturbances outside.

“It was disruptive and unpleasant, basically,” said Haight. “Everybody has a right what they believe but after a while, it gets to be a little much.”

She said city hall was a better place for the protesters to be and said over the past several weeks, people had blared megaphones and other noises in the face of customers.

Down the street, management at Trolley 5 said they were ready to move forward and get on with regular business. The restaurant and its attached patio were filled Saturday afternoon.

“We’re just happy to see us going forward and moving on,” said manager Silvia Latife. “It is one step forward, right? So I think that’s what everyone’s looking forward to, is moving along and driving businesses to getting back on their feet.”

The previous Saturday, protesters were met by an opposing group standing with Beltline residents who no longer wanted to be disrupted by the regular demonstrations. The two sides faced one another on 17th Avenue for several hours. While at the new protest location outside city hall this week, speakers said they would continue to protest as long as there were vaccine mandates in Canada.

Police said several arrests were made at Central Memorial Park as the two groups came face to face once again Saturday afternoon, although in smaller numbers.