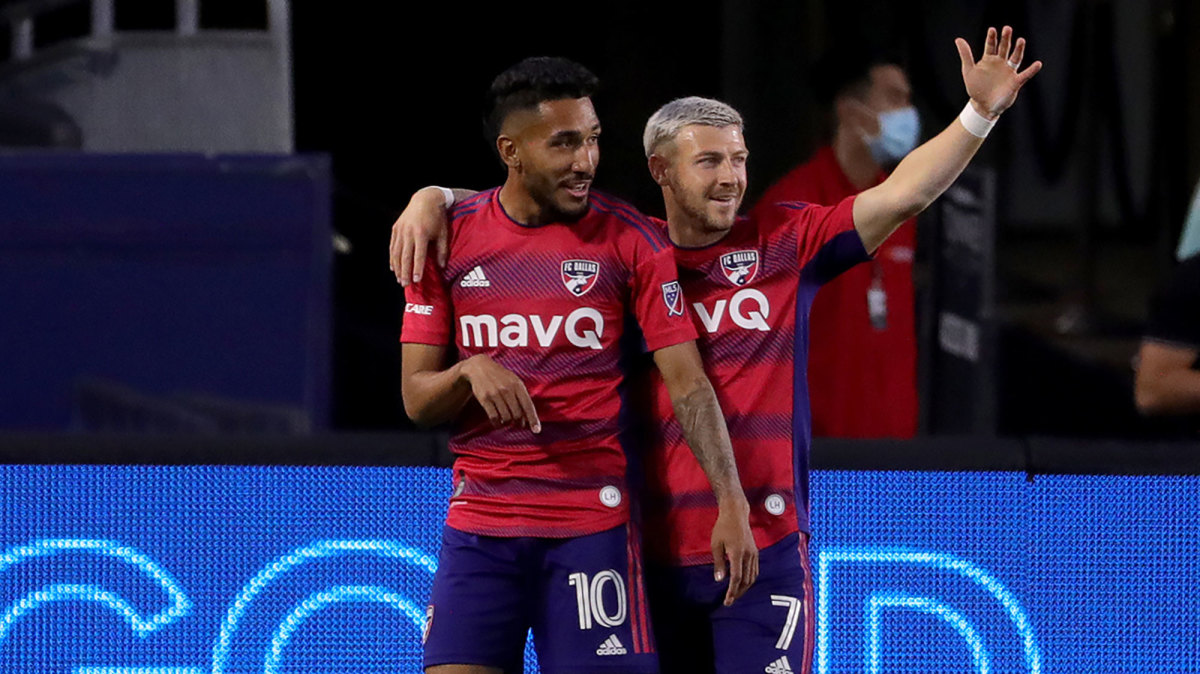 Roster reveals of 26-man squads are going to be of great interest in the coming months, with FIFA expanding its team sizes for the World Cup in Qatar by three players. And for a select few chosen for next month’s MLS All-Star Game, they’ll hope that it’s just the first such squad to which they’re named this year.

MLS revealed the 26-player group that will take on a batch of Liga MX All-Stars at Minnesota United’s Allianz Field on Aug. 10, with a handful of players who are potentially World Cup-bound set to take part. USMNT’s Sean Johnson, Walker Zimmerman, Aaron Long, DeAndre Yedlin, Paul Arriola, Jesús Ferreira and Jordan Morris have all been selected to play in the game, which will mark the second straight year that MLS and Liga MX talents are pitted against one another. (An eighth U.S.-eligible player, Darlington Nagbe, was selected as well, but he hasn’t featured for the U.S. in over four years.)

Twelve players on the roster were selected through a combination of fan, player, and media voting, another 12 were selected by MLS head coach Adrian Heath (the host club’s coach draws the honor), and two were reserved for MLS Commissioner Don Garber. For one of those latter spots, Garber selected Johnson, who backstopped NYCFC to an MLS Cup title last season and is tied with fellow All-Star Andre Blake for the most clean sheets in MLS with eight. Last season’s affair vs. Liga MX was decided in penalty kicks, with U.S.’s Matt Turner (now with Arsenal) emerging as the hero.

The other commissioner’s pick was CF Montréal’s Canadian defender Kamal Miller, who could take part in Canada’s first men’s World Cup appearance since 1986 should he also be selected by John Herdman later this year.

Among those not selected are Xherdan Shaqiri and Gonzalo Higuaín, two of the highest-paid players in the league, according to the most recent MLS Players Association numbers. In fact, the only players among the top 10 earners chosen for the game are Mexico stars Chicharito and Carlos Vela and reigning league MVP Carles Gil.

Here is the MLS All-Star squad in full:

* Voted in | ^ Chosen by manager | -C Chosen by commissioner

Last month, Liga MX revealed the first 14 players who will be taking part, players who were “the nominees for the league’s Balón de Oro awards within the categories of best goalkeeper, central defender, fullback, defensive midfielder, attacking midfielder, forward and rookie,” according to MLS. Atlas coach Diego Cocca, who won coach of the year honors, will select the rest of the squad. The first 14 are: