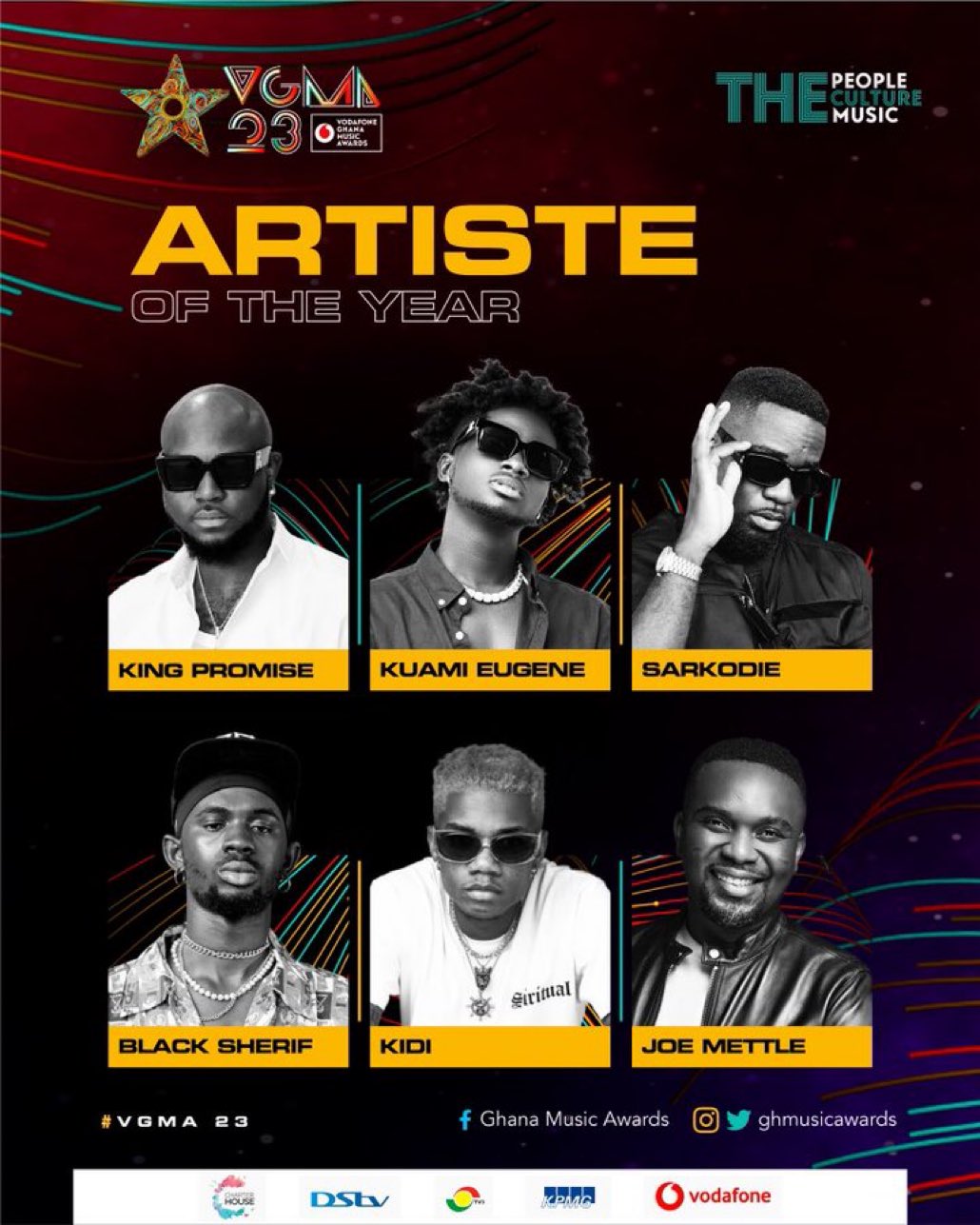 The Nominees for the 23rd Vodafone Ghana Music Awards (VGMA) have been announced.

The announcement was made by the organizers of the Awards, CharterHouse at the Grand Arena in Accra on Saturday, March 19, 2022.

For the 23rd edition of the coveted award, the Artist of the Year Nominees are: King Promise, Kuami Eugene, Sarkodie, Black Sherif, Kidi and Joe Mettle.

The reigning VGMA Artist of the Year is gospel musician Diana Hamilton.