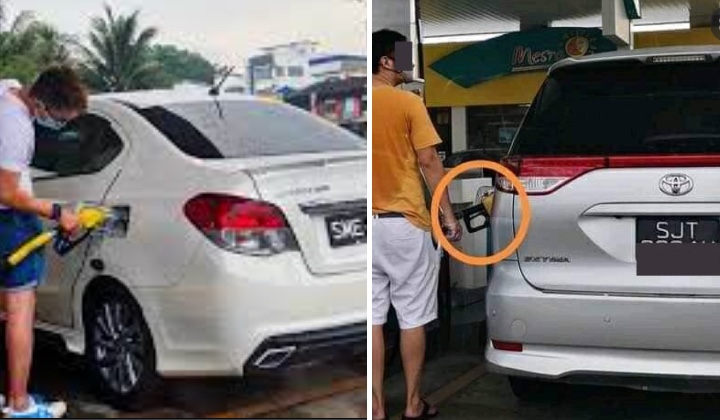 About 30 Singaporean vehicles were ordered to turn back before entering Malaysia for having less than three quarter’s worth of fuel in their fuel tanks since the reopening of the Malaysia-Singapore borders on 1 April.

It was reported that 9,000 Singaporean vehicles had entered Malaysia since the beginning of this month.

According to WapCar, the Singapore Immigration and Checkpoints Authority (ICA) had been actively monitoring the fuel levels of vehicles going into Malaysia, to prevent Singaporeans from taking advantage of cheaper fuel prices in Malaysia.

Inside its article, WapCar, citing a report by Mediacorp, highlighted that the low number of vehicles being ordered to turn back suggested that Singaporeans who take advantage of the cheap fuel in Malaysia are in the minority.

Yesterday, The Ministry of Domestic Trade and Consumer Affairs (KPDNHEP) stated that it is investigating two petrol stations in Johor Bahru for selling subsidized RON 95 fuel to foreign vehicles.

Several photos of drivers believed to be foreigners filling RON95 on their Singapore registered vehicles had gone viral on social media, prompting KPDNHEP to announce that it tracing the vehicles for further investigation.

The RON 95 is subsidized petrol which is reserved for locals only.

It is a violation of the government’s Supply Control Act to sell RON95 to foreigners.