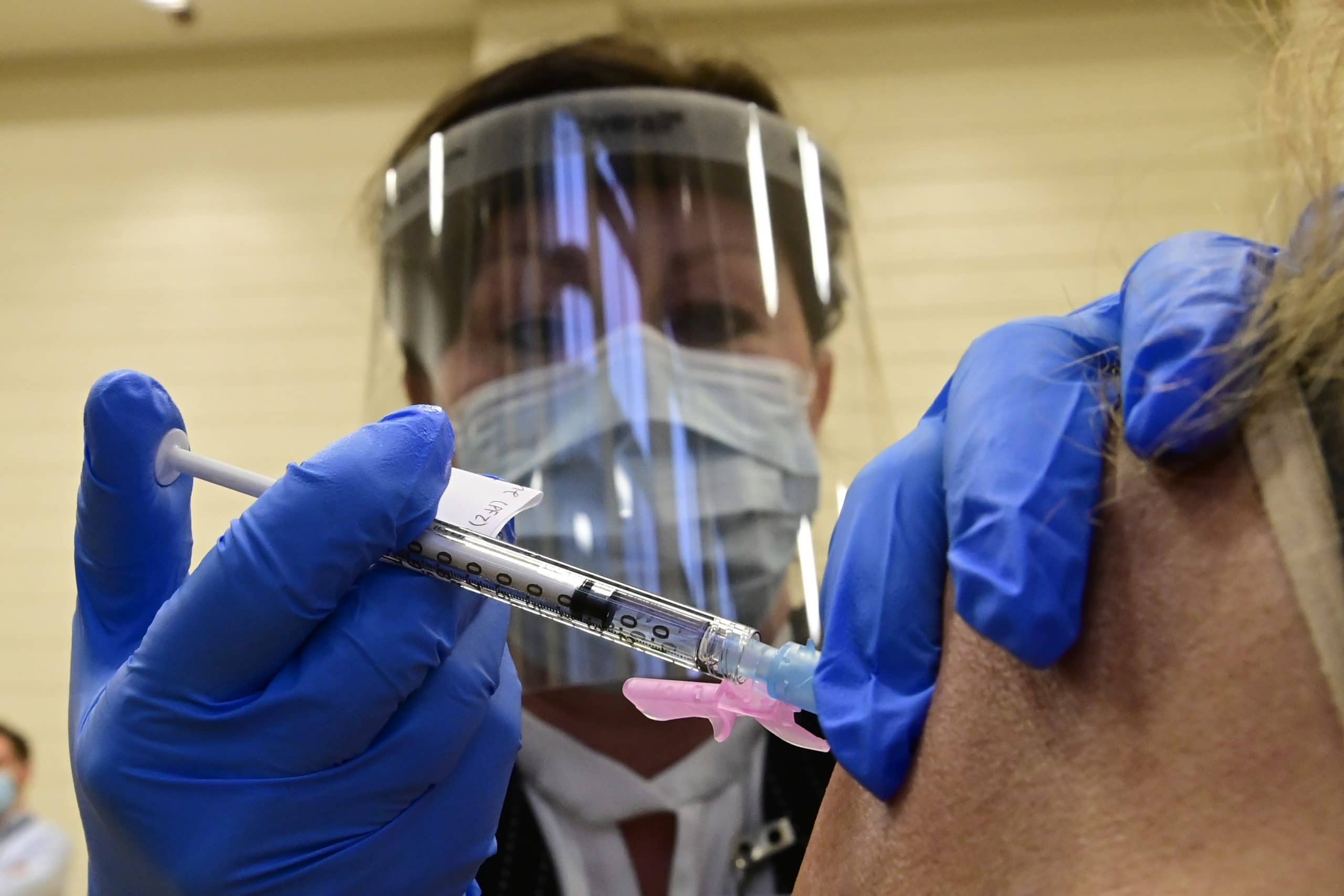 COVID-19 vaccines are saving an untold number of lives, but they can’t stop the chaos when a hugely contagious new mutant bursts on the scene, leading people to wonder: Will we need boosters every few months? A new vaccine recipe? A new type of shot altogether?

That’s far from settled, but with the shots still doing their main job, many experts are cautioning against setting too high a bar.

“We need collectively to be rethinking what is the goal of vaccination,” said Dr. Daniel Kuritzkes, infectious disease chief at Brigham & Women’s Hospital. “It’s unrealistic … to believe that any kind of vaccination is going to protect people from infection, from mild symptomatic disease, forever.”

If the goal is preventing serious illness, “we may not need to be doing as much fine-tuning of the vaccines every time a new variant comes.”

The virus is essentially shape-shifting as it mutates, with no way to know how bad the next variant will be. Already a sub-strain of omicron bearing its own unique mutations is circulating. Research is underway to create next-generation vaccines that might offer broader protection against future mutants — but they won’t be ready anytime soon.

The immediate solution: Getting today’s shots into more arms will “reduce the opportunities for the virus to mutate and spawn new Greek letters that we then have to worry about,” said Jennifer Nuzzo of the Johns Hopkins Center for Health Security.

The job of blocking infection falls to antibodies, which form after either vaccination or a prior bout with COVID-19, ready to fight back the next time someone’s exposed.

One problem: Mutations change the appearance of the spike protein that covers the coronavirus much like a crook switches disguises to evade capture. That’s why omicron was more able to slip past that first defense than earlier variants — its spike coating was harder for existing antibodies to recognize.

Also, the immune system isn’t designed to be in a constant state of high alert, so the antibodies that fend off infection do wane over time. Several months after two doses of the Pfizer or Moderna vaccines, people had little protection against an omicron infection — a result of both waning antibodies and the variant’s mutation.

Thankfully, different immune system soldiers called T cells are key to preventing infection from turning into severe illness — and that protection is lasting longer because T cells are recognizing other parts of the virus that don’t mutate as easily.

After a booster, protection against symptomatic disease from Omicron is about 70 per cent — not as good as the 94 per cent protection seen with earlier variants that more closely matched the vaccine yet highly effective. Importantly, the booster also further strengthened protection against serious illness.

Researchers are closely tracking if infection-fighting antibodies stick around longer after a third dose — but at some point, those levels are guaranteed to wane again. So-called memory cells can make more the next time the body senses they’re needed.

Still, Israel is offering a fourth dose to some people, including those 60 and older, and mulling giving the additional booster to all adults.

The debate is whether repeated boosting really is the best approach — especially since scary new variants are less likely to form once more of the world’s population gets initial vaccinations.

Endless boosting just to keep antibody levels constantly high is “not a public health strategy that works,” said Dr. Paul Offit, a vaccine expert at the Children’s Hospital of Philadelphia.

Pfizer and Moderna are testing Omicron-specific boosters in some American adults, although it’s far from clear if authorities would abandon a vaccine recipe proven to save lives for a tweaked version in hopes of fewer breakthrough infections. Brewing a single shot with two kinds of vaccine is technically possible but, again, they’d have to prove the mixture doesn’t weaken the original protection against severe illness.

New approaches in the pipeline

Whatever happens with Omicron, it’s clear the coronavirus is here to stay and the U.S. National Institutes of Health is funding about $43 million in projects to develop so-called “pan-coronavirus” vaccines that promise to protect against more than one type. One possibility: Nanoparticles that carry pieces of spike proteins from four to eight different versions of the virus rather than the single type in today’s vaccines.

It’s a tantalizing idea, but NIH infectious diseases chief Dr. Anthony Fauci called it a years-long endeavour. “I don’t want anyone to think that pan-coronavirus vaccines are literally around the corner,” he said.

A possibly more direct approach: Creating COVID-19 vaccines that can be squirted into the nose to form antibodies ready to fight the virus right where we first encounter it. Nasal vaccines are harder to develop than injected versions but attempts are underway, including a large study just announced by India’s Bharat Biotech.

Complicating any possible change to vaccine strategy is the grim reality that only 10 per cent of people in low-income countries have received at least one vaccine dose. Also, recent studies show that some types of vaccines used around the world appear easier than others for omicron to evade, meaning booster strategies may need to be tailored.

Yale University researchers found no omicron-targeted antibodies in the blood of people given two doses of vaccine made by China’s Sinovac. Following those initial shots with a Pfizer booster — a very different kind of vaccine — helped but not enough, only increasing antibody levels to the amount seen by Pfizer recipients who didn’t get a booster.

Overshadowing all of these questions is that “we don’t know how to predict the next strain,” said Dr. Jesse Goodman of Georgetown University, a former Food and Drug Administration vaccine chief. He wants to see a global strategy that defines the trigger for any vaccine change.

“Otherwise we are going to have a confused public, again.”