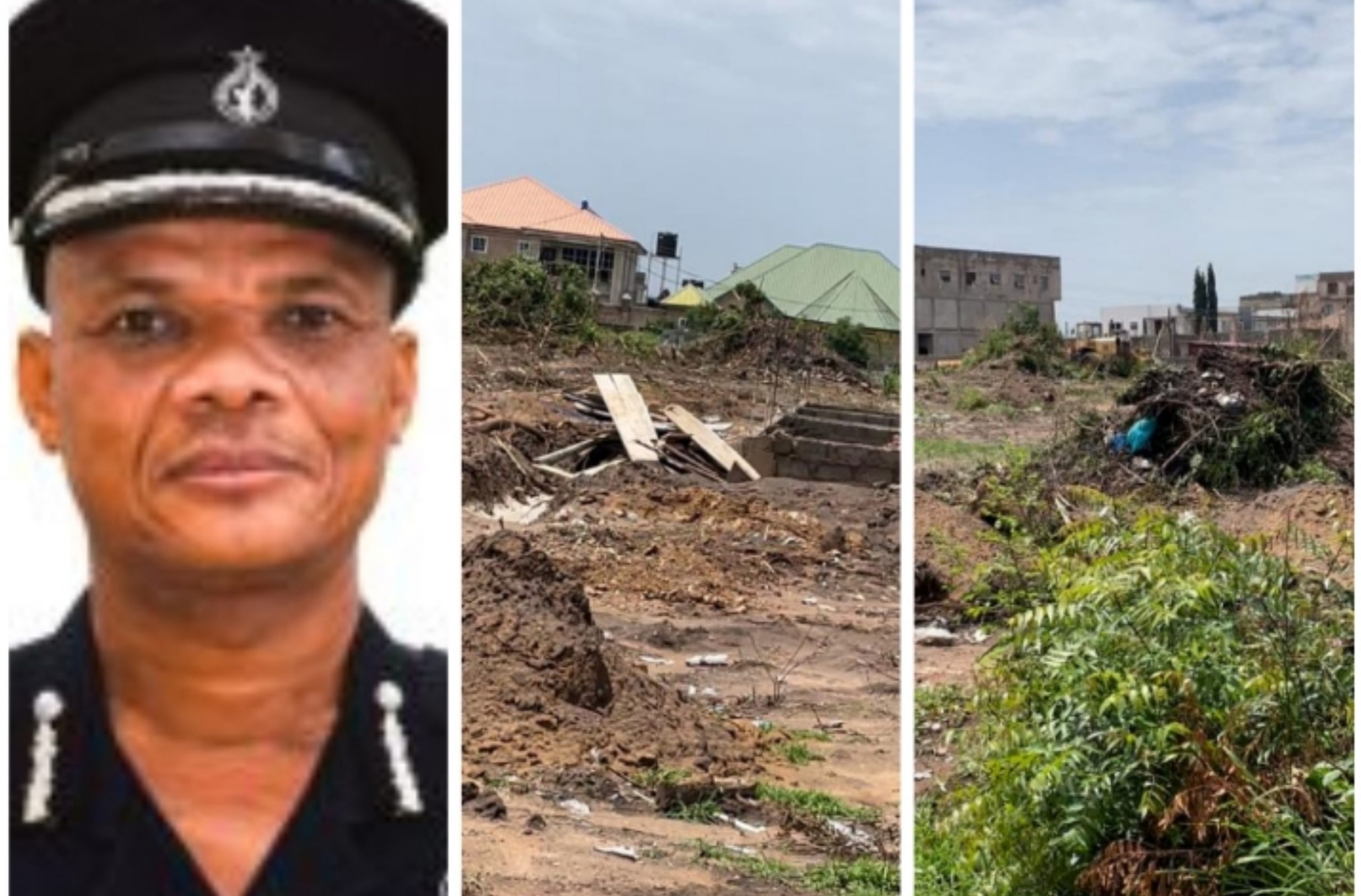 It has been alleged that the Greater Accra Regional Police Commander masterminded the the demolishing of some properties at East Legon Hills just for his own selfish gains.

According to sources, the said commander revealed it clear to the notorious landguards that he is going to ensure that they get the land so that they too can reward him with some portion of the land.

He deliberately turned into blindfolded just to destroy several structures at development stages at East Legon Hills have been pulled down with bulldozers by a team of taskforce ably supported by some suspected landgurads who were wielding guns and machete this morning.

It is not clear what provoked the last time mornings attack, however reports indicate that the 5.3 acres of which land in question has been titled in the name of one Frank Ashidam an estate developer and not Samuel Laryea a claimant to the land.

According to report the deliberately attempt by the Greater Accra regional command had instructed both parties to use the court since they were all laying claims to the land.

The perpetrators claims that they have a judgement from appeal court for which is a planted lies without no aota of truth, but to what might have informed last time mornings attack led by self-styled judgement holder Mr Samuel Laryea and one notorious landguard Sariki Saani, which has seen several residents and developers in the area fleeing for their lives because they’re scared of these notorious landguards.

“Let me put on record that the said land there’s an injunction against Ashaley Botwe and land commission”it was established.