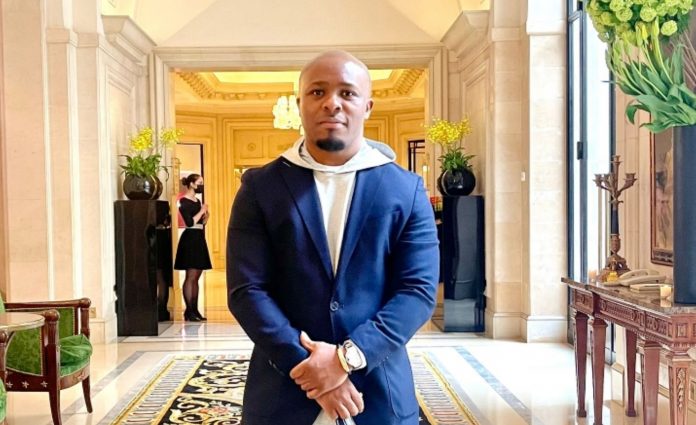 One of Liberia’s youngest, talented and professional entrepreneurs, Aries Air Dean yesterday, received a rousing welcome back to Liberia as he officially celebrated his birthday in grand style.

Notably, the business executive well attired in his blue African Suit along with his spouse, Josephine Davies received lot of commendations and birthday wishes from friends, family members and government officials for their continuous services and contributions to humanity through their respective profession in and out of Liberia.

Additionally, during the colorful event, Madam Davies who could not hold back her excitement/joy thanked her colleagues and others for making the man she described as her ‘motivation and inspiration’ birthday and welcoming home ceremony a success.

It can be recalled CEO Aries Air Dean who is one of Liberia’s youngest, talented and professional entrepreneurs official birthday was March 30, 2022 but chose Saturday, April 9, 2022 for the official celebration in Liberia.

Furthermore, during his colorful birthday batch in one of the world’s finest cities, Paris, France on March 30, the business executive received an out-pour of birthday wishes from several Liberian celebrities and government officials including musician, DenG.

Mr. Dean is also the founder of AMG Record Label which has managed several Liberian artists. He also operates a number of other businesses under his Deanco Group INC.