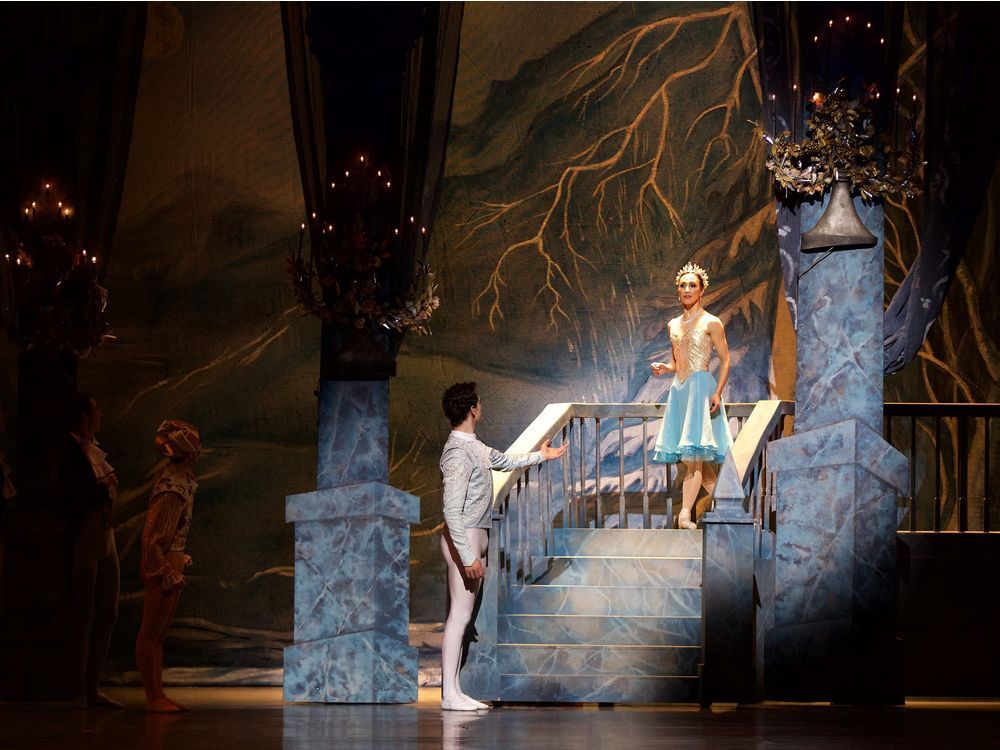 His job title may be choreographer, but Christopher Anderson sees himself as more of a collaborator.

“It’s something I really spend a lot of time thinking about,” says Anderson about his upcoming production of Cinderella at the Jubilee Auditorium. “I think of what we’re doing with this ballet as more of a collective artistic practice.”

Anderson, who was named co-artistic director of Alberta Ballet with Jean Grand-Maître back in February, has a history with Cinderella. When the Baltimore-born dancer and choreographer started with Alberta Ballet back in the fall of 2015, he was assigned the task of adapting the classic fairy tale to ballet by Grand-Maître. It was first performed in March of 2018, and went on to become one of the most successful productions in Alberta Ballet history.

“It was my first full-length ballet, and Cinderella has such a rich history to it,” Anderson notes. “There are so many different versions and even geographical differences between the stories. So there was the story, but there’s also an iconic production that already exists in the ballet canon.”

The conventional, Disney-fied story concerns a young, beautiful girl named Cinderella who toils away at the whims of her jealous stepmother and stepsisters. There’s also a fairy Godmother, magical forest animals, a dashing prince, and a glass slipper, but Anderson wasn’t interested in reflecting old norms. Instead, he went to the core messaging of the age-old tale.

“I wanted to extract themes that I felt would be relevant today, reimagining the story that reflects society as we see it now,” Anderson says. “Obviously, it’s still centred on Cinderella, but we tried to remove the concept of her being rescued, and really tried to highlight her independence and made her more of a dreamer, with her resilience and optimism that allowed her to live out her ‘happily ever after.’”

It would seem like the easiest thing for Anderson to simply remount a matching replica of the 2018 production, but that isn’t how he sees it. Instead he’s working with his dancers to find what new things they can find in their roles, and to freely inhabit the characters. This is especially important to Anderson, who brings up a quote from legendary choreographer George Balanchine that “dance is women.”

“Except that, still, not really,” he wryly points out. “Cinderella is an interesting story to bring into our medium of dance, and I put those questions to the women that created the role. At the time there were three who originated it, and two of them are back for this encore performance. Their interpretation is different this time because it’s been four years and their perspectives have changed. Really, the aspiration for this ballet is to be a vehicle for the artists to find themselves in these characters, and to define them as they see them for themselves.”

Anderson also notes that while there is a great deal of thinking going into these performances, it’s also quite often a funny ballet.

“There aren’t a lot of opportunities to bring levity and humour into ballet, and I think that’s one of the things that makes Cinderella really special,” he says. “There’s a lot of really genuine comedic moments that were written into the score and that you see within the ballet itself. It’s always something that I enjoy as I’m rehearsing, those moments when the dancers are getting to move away from those sort of dramatic emotions and into something that’s very playful.”

Alberta Ballet presents Cinderella until May 7 at the Southern Alberta Jubilee Auditorium.