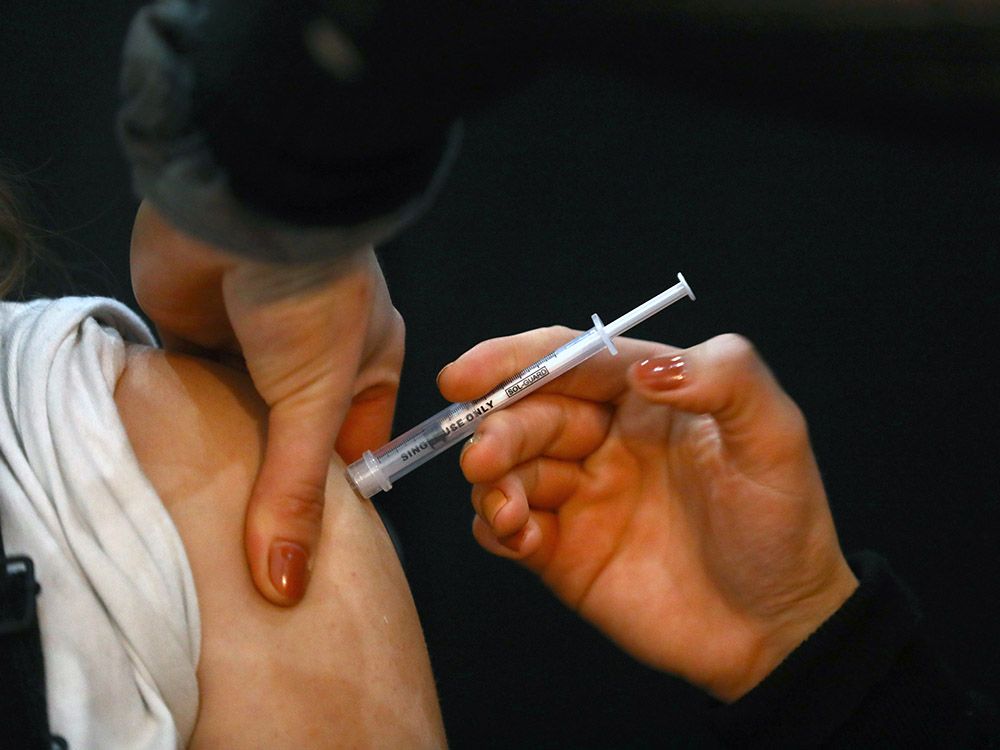 The Alberta government is still mulling over the delivery of second booster shots as warnings over the growing threat of two COVID-19 variants grow louder across the country.

But on Monday, Health Minister Jason Copping said an announcement on fourth vaccinations is expected “in the coming weeks.”

Late last week, the B.C. government announced it will be making a second round of boosters available to those aged 12 and older in September, but also said it would offer them to those who want them now.

On Monday, it began sending out immunization invitations to the most vulnerable among senior citizens.

Copping said Alberta is watching what other provinces are doing after the National Advisory Committee on Immunization on June 29 recommended provinces plan to offer booster shots in the fall for people who are at increased risk, regardless of the number of booster doses they’ve already received.

“Recently, the federal government released its results in regards to the recommendations from NACI; we’re doing an evaluation of that right now in terms of fourth doses or second booster shots,” he said.

“We are watching it closely, we know other provinces, B.C. and Ontario, are seeing an increase (in COVID-19 infections) … we’ll learn from other jurisdictions.”

Unlike the province’s policy during most of the pandemic, comprehensive PCR testing is no longer being conducted, though Copping said wastewater sampling shows slight increases in the prevalence of COVID-19 in Calgary and Edmonton.

“Even though we’re in summertime, we are still seeing some slight, initial signs with wastewater coming up that there is circulation,” he said.

And he said that while previous infections don’t bring immunity from the BA.4 and BA.5 variants of COVID-19, they and vaccinations are effective in reducing severe illnesses.

In a tweet last Friday, the country’s chief public health officer said infection rates in Ontario and Quebec fuelled mainly by BA.5 have “increased significantly,” with hospitalizations up by 14 per cent and ICU admissions rising 13 per cent.

“(Booster shots) continue to be the best approach to reduce spread and protect ourselves and others! Add layers of personal precautions, especially in poorly ventilated indoor and/or crowded outdoor settings,” Dr. Theresa Tam tweeted.

Copping made no mention of any consideration of a return to public health regulations, though he did encourage Albertans to get vaccinated for a first, second or third time.

The provincial government has said it will follow NACI’s recommendations.

Some physicians have voiced concern over how Alberta is trailing the rest of the county in COVID-19 vaccinations, with about 40.8 per cent of those aged five and older having received a booster or third dose.

Earlier this month, Dr. Noel Gibney, an Edmonton critical care physician, said with the depleted ranks and burnout among medical staff, Alberta must be serious about preventing another COVID-19 resurgence.

“We really need to keep the numbers in hospitals down,” said Gibney, adding surgeries postponed due to pandemic pressures remain a concern.

“We’re going to have a heck of a time keeping up with these procedures — the last thing we need is another (COVID-19) surge.”

The last time the numbers were updated a week ago, there were 568 Albertans in hospital with COVID-19, with 21 in ICU.

There have been at least 4,636 deaths attributed to the disease in the province.