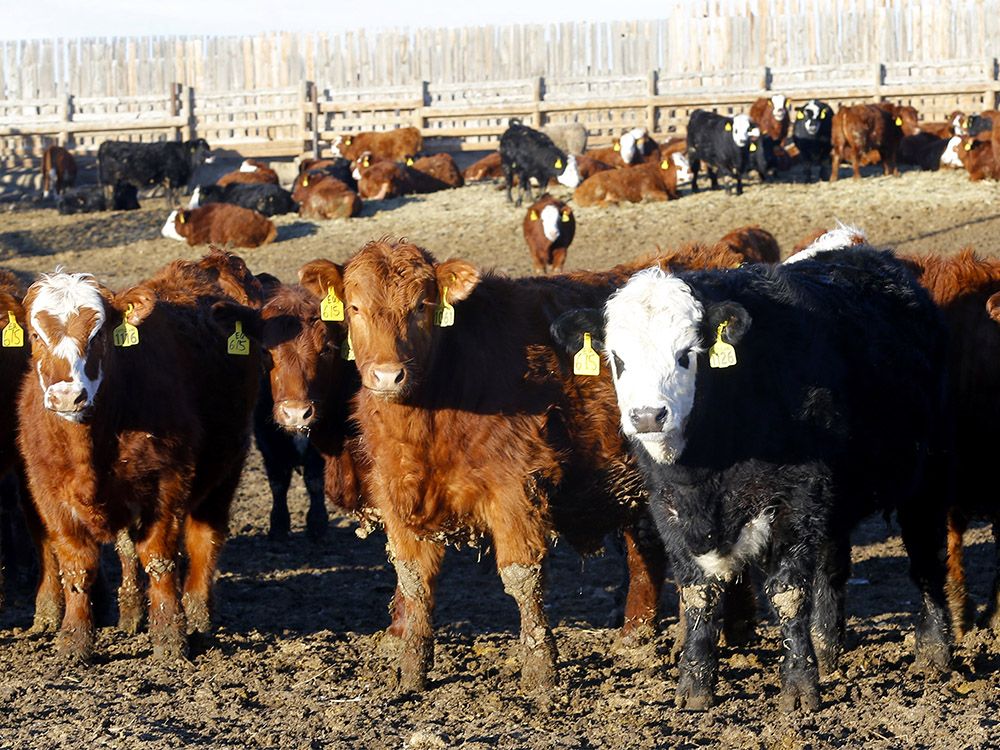 And they say it’s another federal impediment to businesses in Western Canada, particularly the cattle industry which produces the lion’s share of the country’s beef.

“So far, the correspondence with my office is they acknowledge my concern and that’s where it’s been left,” said Horner, adding he’s been in contact with Saskatchewan government officials over the policy.

It’s a misguided proposal that unfairly singles out ground meat while threatening trade and the viability of ranchers already struggling with drought and ballooning input costs, said Horner and beef and pork producers.

“While we can all support the federal Healthy Eating Strategy in principle, Ottawa’s scientifically baseless labelling proposal for ground meat will unfairly impact families struggling with the high cost of living and add an extra burden to producers struggling to get back on their feet,” said Horner.

The labels would be affixed to most foods that exceed 15 per cent of an adult’s recommended daily consumption of saturated fat, sodium and sugar.

Some foods that are naturally high in sugar, such as unsweetened fruit, however, will be exempt from the requirement. Dairy and eggs — though high in saturated fat — will also be left out.

They also point to other countries that use similar advisory systems such as the U.K., which employs a “traffic light” ranking system identifying the amount of ingredients such as sodium, sugar and saturated fat.

But the proposed Canadian labelling would make Canada the only jurisdiction to do so with ground beef and it adds another barrier, said Keith Gregory, vice-chairman of the Alberta Cattle Feeders’ Association.

“With the carbon tax, this is just another barrier for us to deal with,” said Gregory, who operates a feedlot near Strathmore, east of Calgary.

Said Alberta Health Minister Jason Copping: “The federal government made this decision without consulting the provinces even though we have equivalent expertise in food science and nutrition.”

Alberta’s ranchers aren’t benefitting from higher retail prices and some are being forced to sell their herds amid spiking costs for everything from electricity to feed to fuel, said Melanie Wowk, chair of Alberta Beef Producers.

She said the packaging warnings unfairly “vilify” a nutritious product and would send a negative message to export markets.

“Beef producers should not be expected to carry the burden of another market barrier,” said Wowk, who ranches east of Edmonton.

Wowk said she expects the labels to apply to all forms of ground beef, including the extra lean version, though Health Canada officials have said the leaner product wouldn’t be subject to the requirement because they fall below the saturated fat threshold.

Even so, critics say ground meat as a single-ingredient product doesn’t carry the same health risk as processed foods.

“Ground beef and ground pork are whole food and good foods … It’s not good policy and it should be reversed,” said Copping.

The livestock producers said nearly half of the beef consumed in Canada is ground and at a time of runaway inflation, relatively affordable.

In 2003, Canada’s cattle industry was devastated when a single case of so-called mad cow disease or bovine spongiform encephalopathy (BSE) was found on an Alberta ranch.

The discovery decimated beef exports for years, with the Canadian Cattlemen’s Association estimating that the BSE crisis cost the industry between $6 billion and $10 billion.

Horner said the proposed labelling policy would also come at a cost to both taxpayers and the industry.

The labelling, which is part of the federal government’s six-year-old healthy eating strategy, isn’t meant as a warning but rather to impart information on nutrition, Health Canada said in an email Monday.

“The intent is not to convey a warning, rather it aims to help reduce risks to health by providing consumers with quick and easy-to-use information on foods high in sodium, sugars and/or saturated fat,” they said.

“The front-of-package nutrition symbol will complement existing initiatives, such as the revised Nutrition Facts table and Canada’s Food Guide.”

Exemptions to the policy are granted to foods that are also waived from carrying a nutritious facts table and those that offer “a protective effect on health,” such as vegetables and fruit without added saturated fat, sodium or sugars, whole and 2 per cent milk and most vegetable oils, said Health Canada.