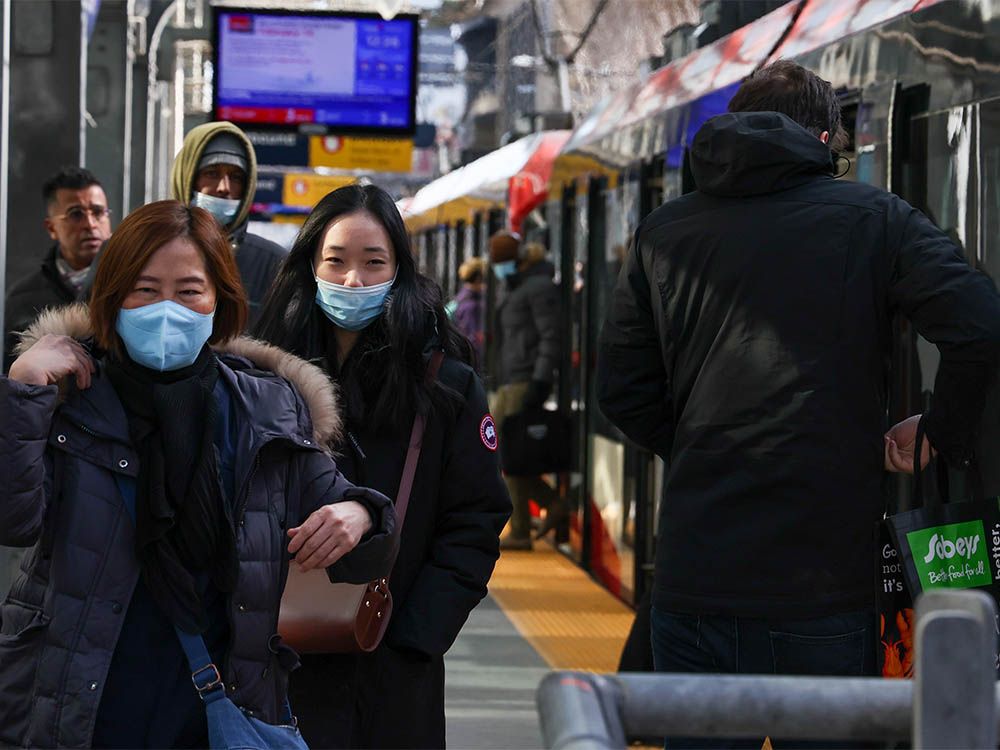 By the end of Tuesday, Alberta will lift its COVID-19 restrictions, the last of the measures that have become part of pandemic life for the past 27 months.

Late Monday afternoon, the province announced it was ending the few mandated protections still in place that were implemented to battle COVID, which has killed at least 4,567 people in Alberta.

That means masks will no longer be mandatory on public transit and isolation with COVID-19 symptoms will become voluntary and not required.

In a statement, the province said falling hospitalizations and infection rates signal that Alberta is ready to move to Phase 3 of the process to end protocols.

“We need to live with COVID-19 while accepting that it will continue to be present,” said Health Minister Jason Copping.

The moves are in line with those taken in B.C., Saskatchewan and Manitoba, said Alberta Health.

On March 1, the province removed the vast majority of remaining COVID-19 protections like indoor masking, mandatory work-from-home requirements and limits on the size of public gatherings.

Since then, the Omicron BA.2 variant maintained some pressure on the health-care system, though it was never under the strain imposed by earlier waves.

But the number of deaths attributed to COVID has remained high in Alberta, with about six a day being reported by Alberta Health last week.

In the past four months, 791 Albertans have succumbed to the disease.

Amid that reality, Albertans can’t forget the presence of COVID-19, Alberta’s chief medical officer of health Dr. Deena Hinshaw said in a statement.

“Learning to live with COVID-19 does not mean forgetting about it,” she said.

“As we bring COVID-19 management in line with other respiratory diseases, it will continue to be vital that we receive our primary vaccine series and any additional booster doses we are eligible for, and continue good habits like washing our hands regularly and avoiding being around others if we feel sick.”

Of those aged 12 and over, 87.1 per cent have received at least two doses of COVID vaccine — immunizations that have been credited with keeping the number of severe illnesses and hospitalizations in check.

A critical care specialist said it’s premature to remove the remaining protections, especially since Alberta still has the highest per capita hospitalization numbers in Canada.

“Based on this, in my opinion, it is still too early to discontinue masking on public transit and isolation for people with symptoms of COVID should continue to be mandatory, at least until they have had a negative rapid test,” said Dr. Noel Gibney.

“I would prefer to see the number of people in hospital to be half where it is now before masking on public transit be considered optional. We need to allow the hospitals to have access to these beds for other patients in order to catch up on the huge backlog of procedures.”

The province also needs to focus more strongly on providing booster vaccinations for those over 50 years of age whose last dose was four months ago, he said.

Noting the Phase 3 decision impacts Calgary Transit and its riders, Ward 11 Coun. Kourtney Penner said the city was unaware of the move and said it came at an awkward time.

The Emergency Management Committee is holding an emergency meeting Tuesday morning regarding the flooding threat, but Penner said there won’t be time to discuss the province’s lifting of COVID-19 measures.

“Calgary along with other southern Alberta communities are currently preparing for floods, so the timing of this announcement is very poor,” said Penner, who chairs the committee.

“And as per usual, the province didn’t send us any update before this.”

While the mask mandate on trains and buses has been difficult to enforce, Penner said she has concerns over the decision’s impact on ridership and on front-line workers who use public transit.

“We’re only starting to understand the effects of long COVID and the compounding impacts to individuals from multiple infections,” he said.

“We know masking works in slowing transmission and that Albertans will largely follow health directives.”