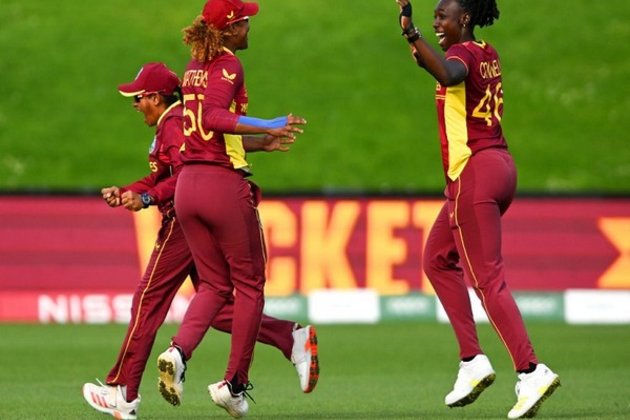 Mount Maunganui [New Zealand], March 18 (ANI): After a victory over Bangladesh by four runs in Match 17 of the ongoing ICC Women’s World Cup on Friday, Hayley Matthews said that despite low score on board, all the spinners stepped up and bowled well in partnerships.

While defending 141, Hayley Matthews and Afy Fletcher took four and three wickets, respectively for West Indies to bundle out Bangladesh for 136 runs and claim victory by four runs.

Wicketkeeper-batter Shemaine Campbelle played an unbeaten knock of 53 runs to post a defendable total of 140/9.

“Obviously a bit worrying to see her (Connell) go down like that. She is a fighter, am not sure what’s wrong with her but she will be all right. We knew we did not have enough runs on the board, so we needed to produce something special with the ball and all the spinners stepped up to the plate,” said Hayley Matthews in the post-match presentation.

“We bowled well in partnerships and that’s what we needed to do. We have played a lot of ODI cricket through 2021 and that has helped us here. Playing a lot more matches, international cricket is helping us in such situations. Our coaching staff continuously keep working on us and instilling confidence in the players,” she added.

For Bangladesh, spinners Salma Khatun and Nahida Akter scalped two wickets while skipper Nigar Sultana scored 25 runs, but all the efforts went in vain as their side lost the match by four runs. (ANI)