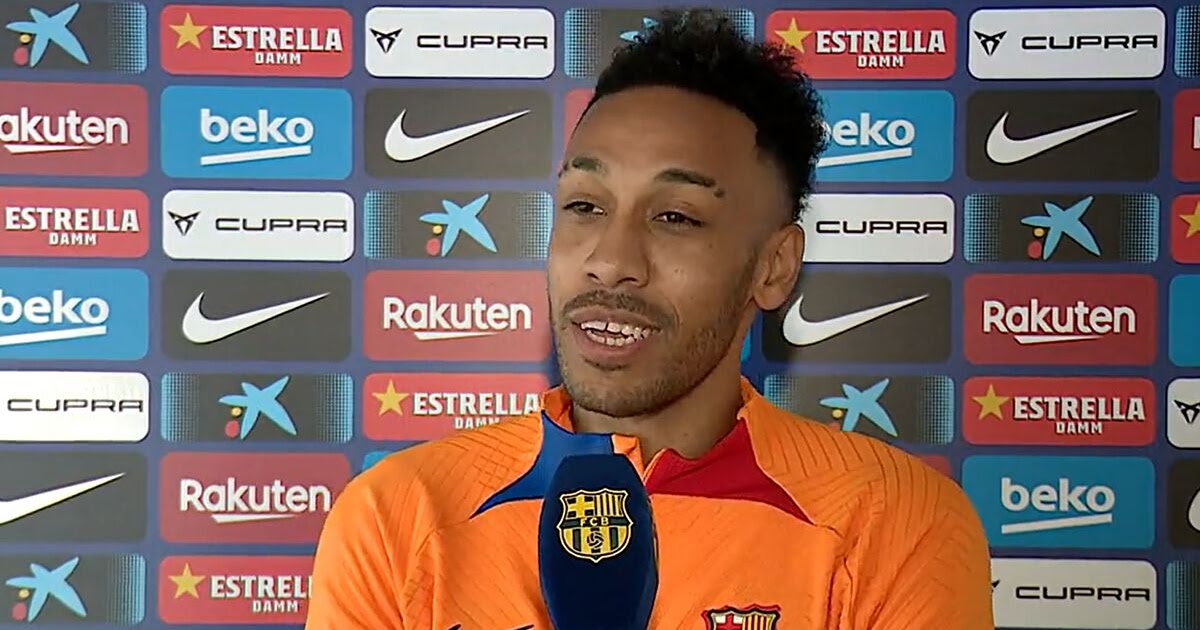 Pierre-Emerick Aubameyang has expressed his happiness at joining Barcelona, following his release from Arsenal.

The 32-year-old striker has agreed a deal with Barcelona until 2025, although there is the option for the two to part ways in 2023.

“I’m very happy, very glad to be here. I’m looking forward to being on the pitch,” Aubameyang said during a short interview with Barcelona‘s official media channels.

“It was a long day, but in the end I’m here. I’m looking forward to it.

“I think Barcelona are one of the biggest clubs in the world and it’s an honour for me to be here.

“I have experience. I’ve played in France, Germany and England. I’m here to help and give my all for the team.”

Aubameyang has been registered with LaLiga, so he could make his debut in Barcelona‘s league match at home to Atletico Madrid on Sunday afternoon.