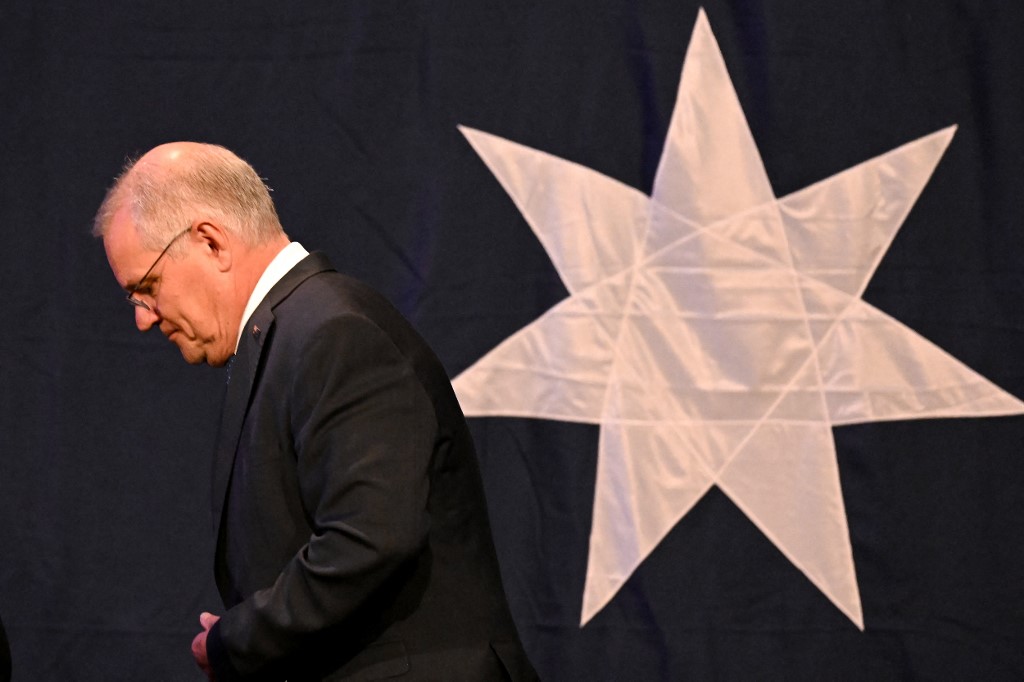 Australia’s Prime Minister Scott Morrison leaves from a Liberal election night event after the Australian general election in Sydney on May 21, 2022. – AFP photo

SYDNEY (May 21): Australian Prime Minister Scott Morrison admitted defeat in national elections today and said he was stepping down as leader of his conservative Liberal Party.

“Tonight I have spoken to the leader of the opposition and the incoming prime minister, Anthony Albanese, and I have congratulated him on his election victory,” Morrison said.

The 54-year-old outgoing leader, who won an election three years ago that he termed a “miracle”, said he took responsibility “for the wins and the losses”.

“That is the responsibility of leadership and as a result I will be handing over the leadership,” Morrison said.

Noting that voter support had fallen for the major parties, the prime minister said Australians had suffered “great upheaval” over the past few years, which have been marked by the Covid-19 pandemic, drought, bushfires and floods.

Morrison’s voice cracked with emotion as he thanked his wife Jennifer and his daughters, “the loves of my life”.

“I have no doubt under strong leadership of our coalition, three years from now I am looking forward to the return of a coalition government.” – AFP