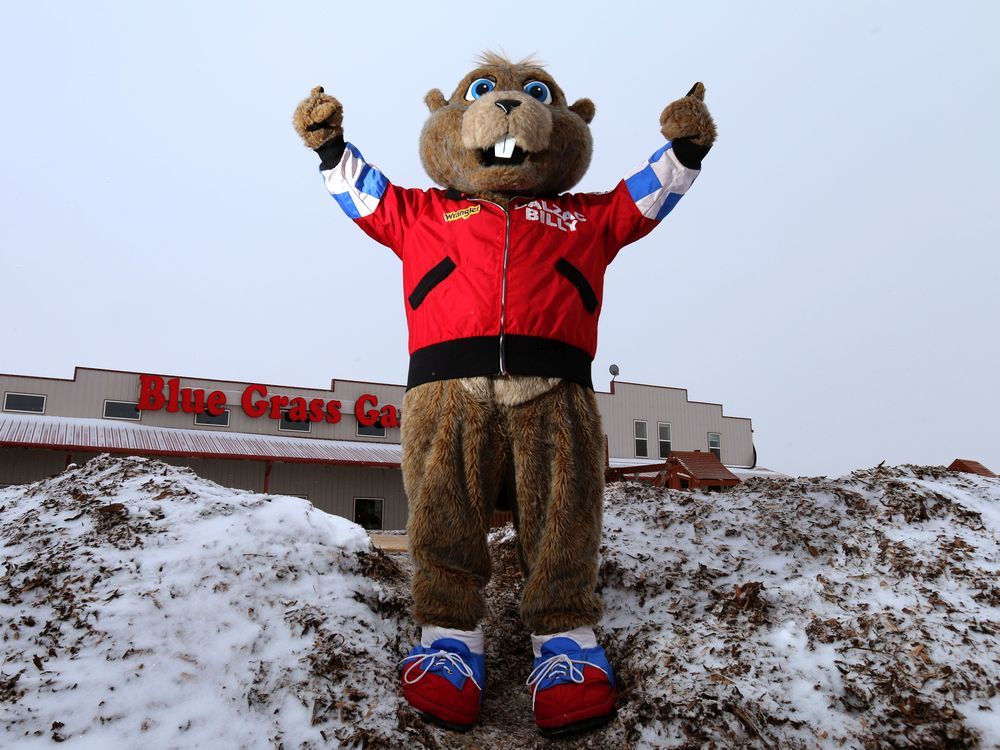 Billy’s handlers reported that he did see his shadow, and expressed disappointment at the news

Alberta’s weather-forecasting groundhog Balzac Billy has predicted another six weeks of winter for this province.

The forecast took place outside the Blue Grass Garden Centre on Wednesday Morning. After a group of employees roared and clapped to wake Billy, he emerged from a snow bank, just as the sun was rising at 8:10 a.m.

Billy’s handlers reported that he did see his shadow, and expressed disappointment at the news.

The forecast should be taken with a grain of salt, not just because groundhogs are notoriously bad at predicting weather, but also because Balzac Billy is, in fact, a person dressed up in a mascot-stye groundhog costume.

After seeing his shadow, Billy picked up a snow shovel and mimed shovelling, so there would be no doubt as to what he was predicting.

Sheena Haffner, marketing manger at the Blue Grass Garden Centre, said they’ve been hosting Billy’s annual hibernation interruption for the past 19 years, but the tradition goes back 44 years in the community.

“Typically with Groundhog Day, we have a local band that comes out, we have a pancake breakfast, and some organizations come out that you can donate to.”

She said they would normally expect 200 to 300 people at the annual celebration but this year and last they held a virtual online event due to COVID-19.

This year, even Billy was adhering to COVID protocols, and was seen wearing a face mask.

“He did have a bit of hard time getting up this morning,” said Hefner. “I think he saw how cold it was outside and getting out of that burrow took him an extra minute this time around.”

Heffner said they hope to have a large outdoor celebration next year.