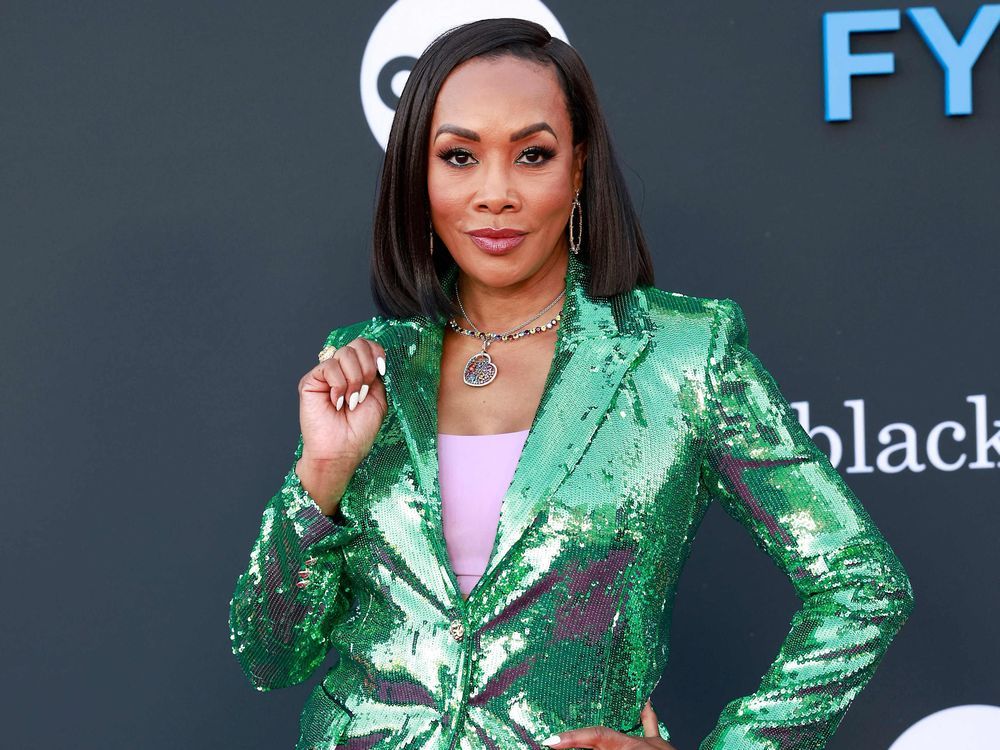 A glance at Internet Movie Database suggests Vivica A. Fox has not been overly affected by the pandemic.

It certainly didn’t slow her down or keep her out of the spotlight, whether it be starring and producing in several films or giving a candid opinion on her former co-star Will Smith slapping Chris Rock at the Oscars earlier this year.

In 2022 alone, the producer and actress has four films in pre-production and six in post-production. Even Fox seems to have a bit of trouble keeping it all straight.

“I’ve literally been working non-stop,” says Fox, in an interview from the Banff World Media Festival. “I’ve got four films that are going to be dropping, which is my birthday month. Every Friday night starting July 8, you’ll get to see the next segment of Keeping Up with the Joneses, which I executive produced and star in. I’ve just got a lot of movies that are coming out. I don’t know the exact order but, you’re right, 2022 going into 2023 is going to be a very busy and blessed time for me.”

Fox uses the word “blessed” several times when discussing her career. The star of blockbusters such as Kill Bill Vol. 1 and 2, Independence Day and Set It Off and the Emmy-nominated series Empire has been put in a reflective mood in Banff. This year, she joined Tony-nominated actress and singer Danielle Brooks, actor LeVar Burton, journalist Elizabeth Vargas and TV producer Jonathan Murray in receiving the A+E Inclusion Award, which is given to those whose “effort and vision in media champion and reflect the diversity of the world in which we live.” Fox describes it as being “brought to the top of the mountain to celebrate my career.”

It’s a fitting tribute. Fox has long been a proponent of boosting diversity on screen. In 2015, she was chosen by Rev. Al Sharpton to be part of a Hollywood task force addressing diversity and racial bias in the film industry, formed as a response to racially insensitive emails between Sony executives being leaked.

It’s been a long crusade but one that she sees as influencing real change in Hollywood, particularly in the past six years.

“I’m always speaking up for diversity in Hollywood and especially lately for women to be able to get the same amount of exposure,” says Fox.

In the past few years, Fox has been known for her prolific output. Part of that is due to her association with Lifetime, which has aired dozens of films in The Wrong franchise that Fox produced and starred in and is also behind Keeping Up with the Joneses.

With her company, Foxy Brown Productions, named after the famous 1970s character played by her primary inspiration Pam Grier, Fox has been able not only to create meaningful roles for herself but also to promote further diversity in front of and behind the camera.

“What I love more than anything else is being in control of the product that I present to my audience,” she says. “When I see produced by Vivica A. Fox, I know that this is my baby and that I made sure the writing is good, the wardrobe, hair and makeup is good, the dialogue is good and the actors. I’m totally involved in the product that I present.”

It’s not surprising then that Fox is also asked her opinion on timely subjects. She most recently made headlines after co-guest-hosting The Wendy Williams Show earlier this month. In a segment called “Hot Topics,” she spoke about the infamous incident on Oscar night when best-actor winner Will Smith slapped comedian/presenter Chris Rock after he made a joke about his wife, Jada Pinkett Smith. Pinkett Smith said she hopes her husband and Rock can reconcile. In response, Fox said the comments seemed self-righteous and that she took no accountability for the incident. Of course, the press has hungrily reported on any celebrity who has been willing to talk about the infamous slap. But Fox’s history involves both Will and Pinkett Smith. She played Will Smith’s love interest in Independence Day and starred with Jada in Set it Off.

“I didn’t say my comment to browbeat or for exposure,” she says. “It was part of our Hot Topics: What was my opinion about the incident? I wish all parties involved well and for them all to be able to move forward with clarity.”

As for her career, Fox says her focus as an actress remains versatility.

“Having a chance to play roles that I haven’t before, whether that’s drama – I still like to let people know I can act real good and also do comedy,” she says. “I  also would like to do one more good-ole action movie before these knees say no more.”