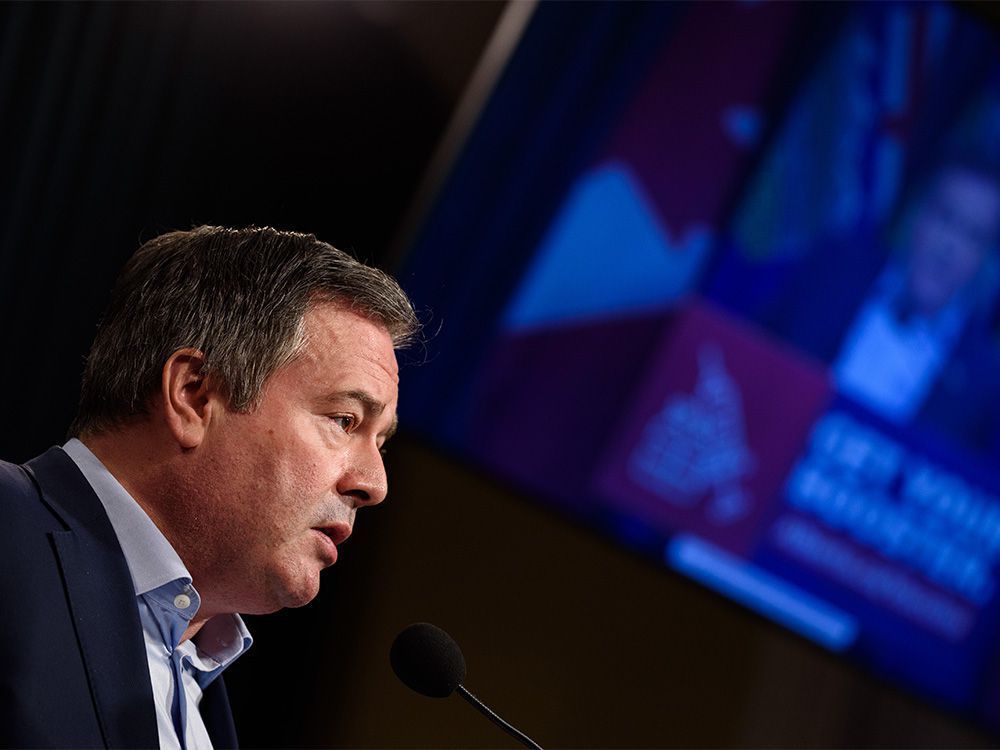 In these circumstances the number isn’t impressive. When Kenney was running for the PC leadership in 2016, 50 former MLAs pledged their support.

Many on today’s list still have ties to government. They are on boards and commissions, are official lobbyists or have a pet policy they want the government to fulfil.

They have good things to say about how Kenney has kept most of his 2019 election promises. But they don’t deny he has troubles.

Mainly, they dread what happens if he loses the review vote — another leadership campaign.

Alberta conservative parties have held six leadership races since 2006, including the post-Jim Prentice grappling involving Wildrose and the dying PCs.

None of those contests produced party harmony and happiness. In 2015 they even brought defeat, when the NDP thumped a PC party weakened by its own self-inflicted wounds.

Some of the signees have been through such leadership upheavals going back decades (Shirley McClellan, Pat Nelson, Iris Evans, Mary Anne Jablonski).

Gary Bikman and Bruce Rowe learned what happens when you cross the floor from one party to another (Wildrose to PCs in 2014). It’s not pleasant.

This isn’t a list of wild-eyed Kenney cheerleaders, except maybe for Edmonton’s David Dorward.

Rather, the letter is a plea from battle-weary veterans to avoid yet another civil war. It can best be summarized as “hold your nose and vote Yes to Jason.”

The letter was sent to members of the UCP, the real target audience. Only Kenney’s survival campaign can do that, because the party leader is the sole individual who has the full list of members.

Riding presidents have had lists since March 28, but only for members in their own constituencies. Kenney’s unique access gives him a big advantage.

The other plus for Kenney is that he faces no opponent for leadership.

Party opposition is strong but there is no centralized, focused campaign against him or for an alternative candidate. The letter is a good example of Kenney’s long reach that the dissidents simply can’t match.

The letter lists all sorts of problems if Kenney loses and there’s a new leadership contest.

The first is a fall vote on a new leader that would conflict with the federal Conservatives’ own leadership decision, drawing away volunteers and contributions.

Then there’s this admission, which I suspect will not please the addled taxpayer.

“During the race, government decision-making would grind to a halt. The bureaucracy would go into caretaker mode and all progress on programs and initiatives would cease.”

Not necessarily. Either Kenney would stay on until the next leader is chosen (as Ed Stelmach did), or he would quit and be replaced by a premier voted in by the UCP caucus (as when Alison Redford quit and Dave Hancock became premier).

Even without a hand at the tiller, government does go on. Sometimes the bureaucrats even get more done because they don’t have to help ministers find the facilities.

According to the letter, further problems would come when a new leader hurriedly forms cabinet and government as the election approaches next May 29.

“We will have forfeited 10 months of economic progress and election planning while the NDP nominates their candidates, builds their platform and connects with voters, while credibly telling Albertans that once again conservatives are too busy fighting each other to fight for them.”

The letter fails entirely to deal with one very real possibility — that the UCP might not be able to win again with Kenney as leader.

That is a widespread view in the party, the biggest impulse behind the drive to unseat the premier.

In that context, the letter-writers might remember Doug Ford, Ontario’s PC premier.

Ford captured his party’s leadership on March 10, 2018. On June 7 — less than three months later — he won a majority.