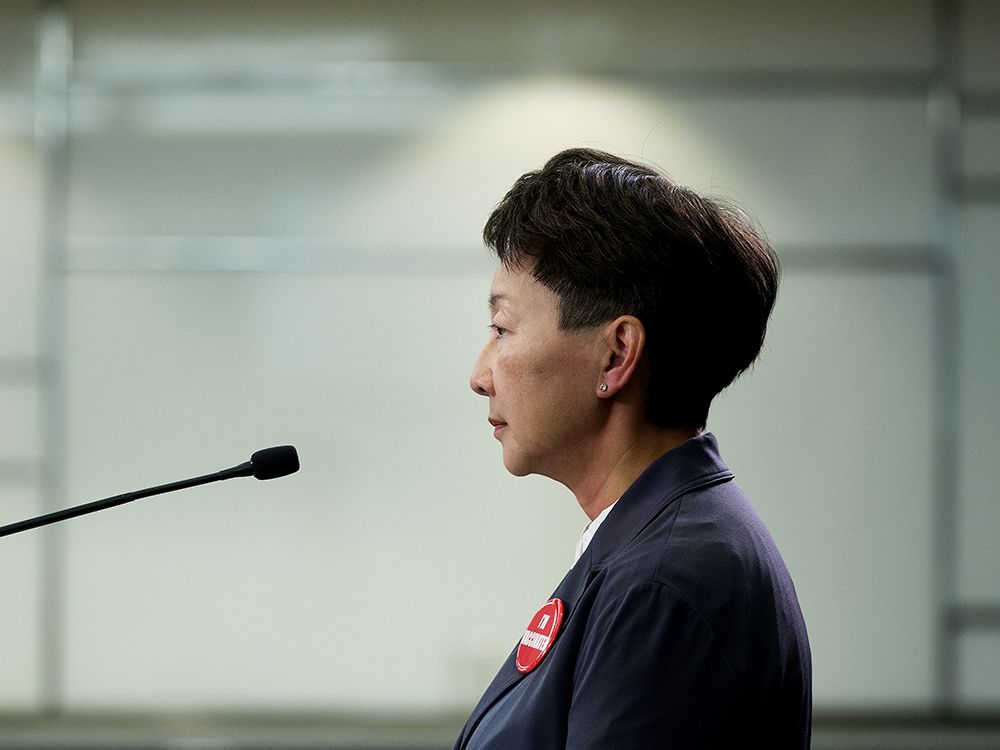 It’s been a week since the CEO of Alberta Health Services was abruptly dismissed, and Albertans have still not been provided with a clear answer as to why, or what it portends.

Dr. Verna Yiu may not have been a household name among Albertans, but the job of running AHS is clearly one that matters in this province. It is also a thankless job.

The responsibility for health-care policy and delivery rests with the Alberta government, and AHS — which is ostensibly independent — answers to the minister of health. It’s a structure that allows the government to take credit for any positive aspects of health-care delivery, while those running AHS make for an easy scapegoat when things are not seen to be functioning well.

Yiu certainly seemed to learn that the hard way. As the Kenney government implemented various restrictions and public health measures to protect the health-care system from the burden of COVID-19 infection, a narrative emerged that if only the system had far greater capacity, there would have been no need for such measures. Therefore, it followed, that the restrictions were the fault of AHS and, by extension, Yiu. Some in the UCP openly said so.

In fairness, AHS did manage to add additional surge capacity, and as pressed as the system was, it never collapsed. Ultimately, though, that responsibility rests with the Alberta government. If Albertans want a health-care system with vastly more capacity, then the government needs to make that a priority and write the cheques to make it happen. AHS can’t do that on its own.

If anything, it speaks to a need for an independent review of how our health-care system performed through the pandemic and how we could have been better prepared. That, though, falls to the government.

Regardless, though, if any of this had anything to do with Yiu’s dismissal, then either the health minister or the premier should stand up and say so. It is the government’s prerogative to replace AHS leadership, but they shouldn’t hide behind the AHS board.

The statement from Health Minister Jason Copping last week was rather vague on whose decision it was to fire Yiu and why. Copping noted that the AHS board had been “planning for some time to start the recruitment process for a new CEO,” and that this timeline was suddenly “bumped up.”

He then went on to say that it was “time to move forward with an ambitious agenda to improve and modernize the health system” and that “renewed leadership at Alberta Health Services” would help facilitate that.

So, clearly, if the minister believes that a new CEO is crucial to whatever their plans for reform are, then it was hardly a coincidence that the AHS board suddenly gave Yiu the boot with a year left on her contract.

And, what exactly do these planned changes look like? A strong case can be made for major reform of health-care delivery in Alberta, but that doesn’t preclude the Alberta government from an obligation to lay it all out in detail.

As it pertains to AHS, does that imply that the hunt for a new CEO is going to depend largely on one’s support and enthusiasm for such reforms? How political are these considerations going to be? And how political does that make AHS?

Keep in mind that there is a provincial election scheduled for next year. We’ll soon be paying the salary of two CEOs: the new CEO and the last year of the former CEO’s contract. So what happens if the NDP is re-elected and inherits the UCP’s preferred pro-reform CEO? Will that mean a third CEO in less than 18 months?

There are far too many questions surrounding last week’s important and consequential decision, and, for that matter, the future of AHS and health care itself. Albertans deserve clarity.