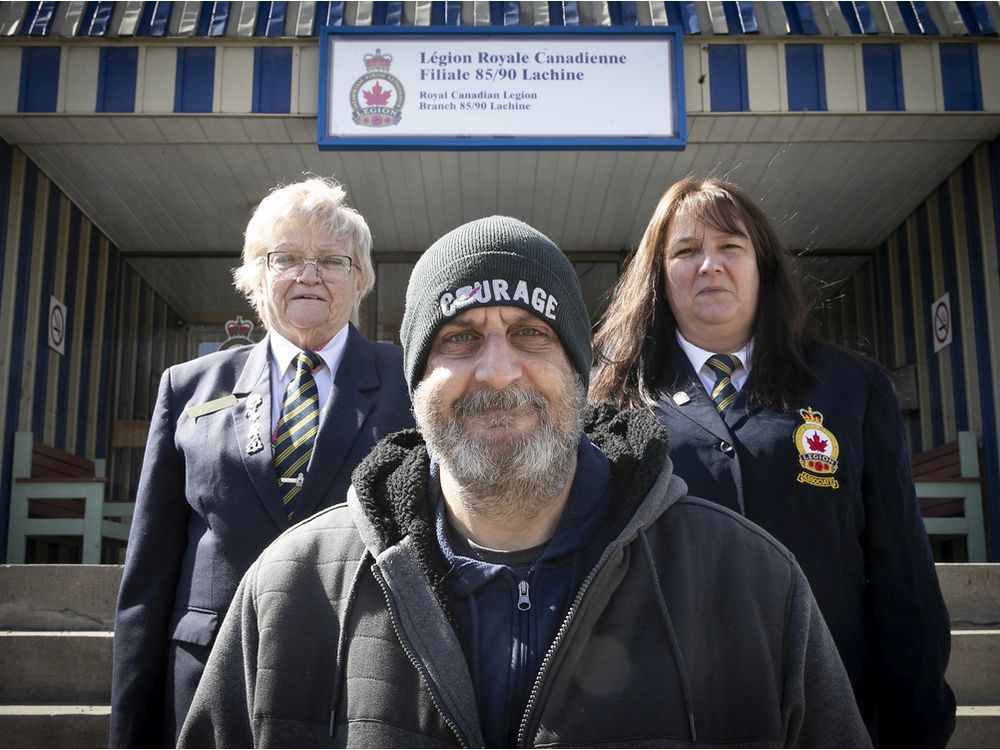 At the best of times, finances are an issue for Royal Canadian Legion branches around the country. And these have been far from the best of times for branches beset with all manner of financial shortfalls due to COVID-19.

“We’re all struggling,” says Denise Lapierre, president of the Lachine Legion branch 85/90 the last 14 years. “Our legion had been doing great prior to COVID. But as it is with other legion branches, it’s been a real battle to get back.

“Even though we’re non-profit and we’re tax-exempt, we still have a portion of taxes to pay. We have overheads to cover. We are also committed to providing financial help for community causes from soup kitchens to women’s shelters. And we have veterans who had been so isolated and who rely on us. But with some of our funding cut back, we’ve got a lot of debt to cover before we can get back to where we were before. It’s going to be hard.”

The Lachine Legion has been like a second home to its 219 members, including military veterans — some who served during the Second World War — as well as their families and seniors who have also used it regularly.

“With the passage of time, too many forget the role our veterans have played. Many gave up their lives. Many came back with PTSD. I have always felt it was my duty to help the vets who are still out there and to keep the legion going. I couldn’t be happier giving up my time for their cause,” says Lapierre, who also has her hands full caring for her husband after he suffered a paralyzing stroke.

Lapierre’s dad and many of her relatives have served in the military. But while she has not, she is very much a fighter in her efforts to keep the Lachine Legion afloat through this financial battle.

To that end, she has arranged for everything from steak dinners to music concerts to wrestling spectacles at the Lachine Legion to raise funds. On Saturday night, she is hoping some laughs and spaghetti can help offset some debt, and some blues.

The strategy worked for the financially strapped LaSalle Legion in 2018, when Joey Elias, the king of the anglo comedy scene, organized a benefit soirée.

Elias, always a soft touch when it comes to military vets, heard of the woes of the Lachine Legion and has stepped into the breach once again. He has organized the Support the Lachine Legion Comedy Night on Saturday night and will take to the stage along with host Ted Bird, Paul Baluyot, Leonard Yelle and colleague Pat Hickey — who could probably use a few laughs himself after covering the Habs this season.

Elias’s connection with the military goes back to the mid-1990s, entertaining Canadian and NATO troops on seven occasions in such hot zones as Afghanistan, Rwanda and Haiti. In 2016, he headed off to the Canadian Forces Station Alert in the North Pole to break the chill with chuckles.

“I honestly didn’t know before going over what exactly our military did in these hot spots,” Elias says. “If I had listened more in history class, I might have known more. But going over there and seeing how our men and women troops handled themselves in such dire situations gave me such enormous respect for them.”

A couple of the missions were a little fraught with danger. At 6-foot-4, Elias looms larger than most, including troops and fellow performers on the front lines.

“I was reminded that if those taking shots on the other side were looking for an easy target, I was their guy,” Elias cracks. “Regardless, if asked again, I wouldn’t hesitate to head off to entertain our troops. What bugs me is that not enough people are aware that it’s thanks to our military over the years that people like me have the freedom to say what we want to say. My heart will always go out to our vets.”

These words are not lost on Lapierre.

“I’m just so grateful to Joey and these performers, many of whom have had their own hard times during the pandemic. They are giving up their time to help us,” Lapierre adds. “I just sit down and cry thinking about all these people who have donated their time to help the legion and, more importantly, who remember those who have put their lives on the line for us.”