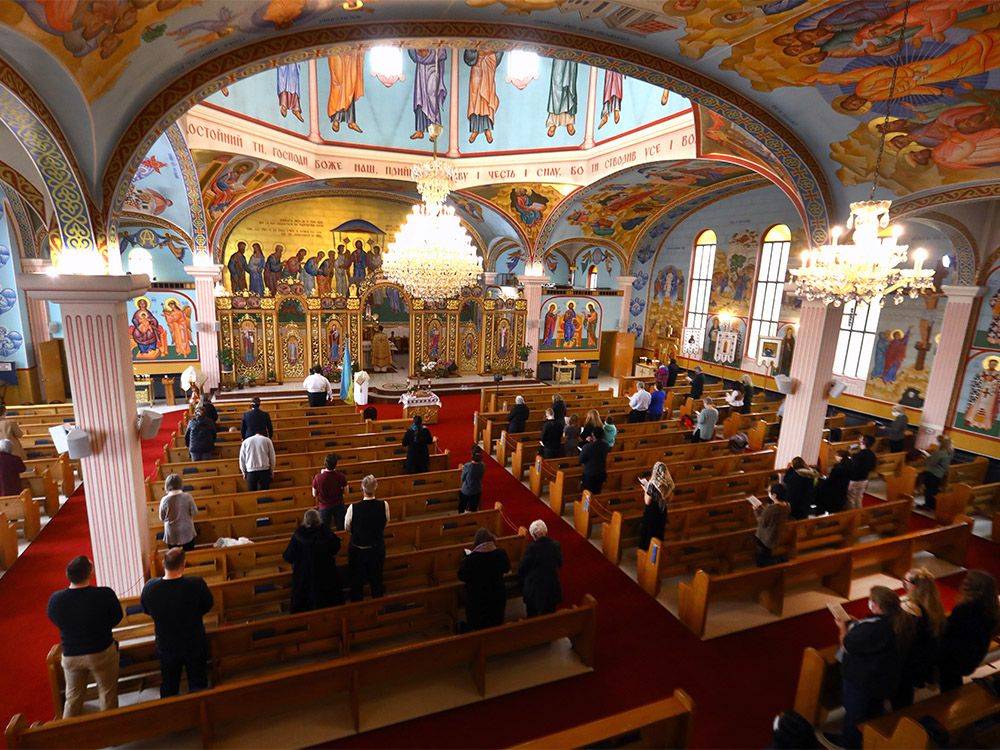 Bells will toll at churches around Calgary and across the province at noon Friday in a cry for peace in Ukraine as the Russian invasion of the country enters its 23rd day.

Places of worship within those denominations will offer the public a chance to pray for peace through Eucharistic liturgies, prayer services and devotional prayers on Friday.

“It was just a response to realize that there are ways that we can support them. Materially, by helping those who are displaced now, but also through our prayers,” said Bishop William McGrattan of the Roman Catholic Diocese of Calgary, who will host a prayer service at noon at St. Mary’s Cathedral downtown.

Father Roman Planchak of Calgary’s Assumption of the Blessed Virgin Mary Ukrainian Catholic Church said shows of faith like this are incredibly important to his parishioners right now.

“A lot of our faithful are kind of living here and in Ukraine and all at once. There’s a high level of stress, anxiety and worry and there needs to be a way for people to find peace in this in this difficult time,” said Planchak.

“To know that it’s not just our parish or our church, but it’s basically all of the Christian denominations … It helps us know we’re not alone.”

The Calgary branch of the Ukrainian Canadian Congress has launched a new social media campaign, #ProtectTheSky, one of many movements urging Canada and NATO allies to impose a no-fly zone over Ukraine.

“We ask everyone with social media accounts to change the profile image with the #ProtectTheSky image to show solidarity with the Ukrainian people and send the strong message that the people of the free world support a no-fly zone and further military aid for Ukraine,” wrote UCC’s Calgary president in a news release.