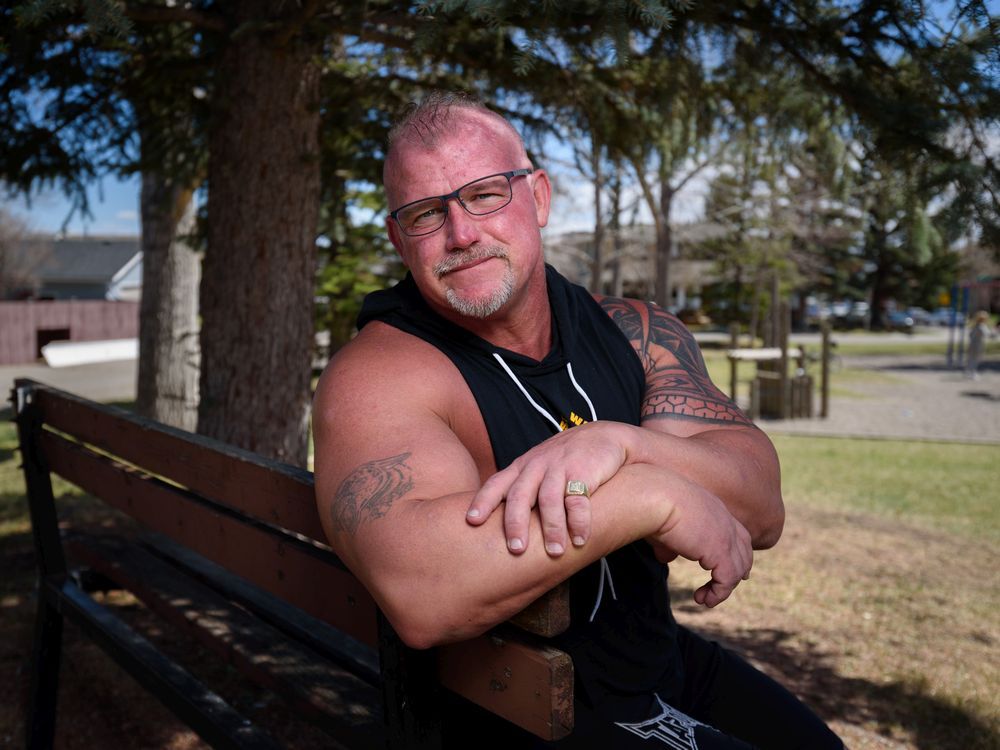 Robert Donoghue last spoke with his son 10 minutes before he died.

Robert was driving back from getting new passports for him and Mitchell Donoghue, his 20-year-old son, for an upcoming trip to Paris. He called to let Mitchell know he had picked them up.

Mitchell was driving to work at GoodLife Fitness Tuesday morning along Midpark Boulevard S.E. when he stopped at a red light at the Midlake Boulevard intersection.

As he was turning left, a 79-year-old driving an SUV crossed the median and hit the driver’s side of Mitchell’s blue Chevrolet Camaro. The impact pushed the Camaro over the sidewalk and into the backyard of a house on Midpark Gardens.

Robert said he was told by a medical examiner Mitchell died instantly.

He remembers helping Mitchell pick out the Camaro because it offered better protection against collisions than other sports cars.

“I’m trying to accept it. I’m having trouble processing what truly happened. The best way to describe it is that I feel lost.”

Calgary police said the driver is still in hospital and the investigation is ongoing. No charges have yet been laid against the driver yet as toxicology and other lab reports are being processed.

“That’s what investigators need in order to determine some of the next steps, and that’s why it’s not uncommon for charges (if warranted) to be laid months after the collision took place,” a Calgary police spokesperson wrote in an email to Postmedia.

“Investigators are also looking into the possibility of it being a medical cause, but aren’t able to confirm at this time.”

Police said investigators believe speed was a factor in the collision.

‘My life was him’

As the youngest of three children, Mitchell and Robert were inseparable. Mitchell moved from Ontario to live with his dad in Calgary after his parents divorced.

When Robert worked as a truck driver, Mitchell would keep him company for the long hours on the road. He often joined Robert, who competed as a body builder, at the gym for training sessions.

Being the same size, Mitchell wore Robert’s clothing to the point where their wardrobes were interchangeable. Picking up his son’s belongings at the funeral home this week served as a harsh reminder of their bond.

“I just picked up his clothes that he died in the accident. And it was my outfit that I wore the day before,” he said. “It doesn’t feel like his clothes I’m holding on to.”

He always knew how caring Mitchell was, Robert said, but he didn’t realize the impact his son left on other people’s lives until after he died. Several of Mitchell’s friends have told him stories of how he would stay and comfort them during some of the darkest moments of their lives.

“They told me, ‘I’m here now living because of your son, thank you for sharing him with us,’” Robert said. “He cared about everyone. To him, everybody was meaningful. Everybody had the same weight and time and respect from him.”

With how suddenly his son was taken from his life, Robert said he is struggling to accept Mitchell’s death.

He can’t sleep thinking of when police officers came to his door. He said he still catches himself thinking Mitchell is coming home from work, or he’s just in another room upstairs.

“Tomorrow, I’ll wake up and I’ll think he’s back home. I’m fighting to accept it, but I’m not ready to let go.”

Hours before the collision, Mitchell had given his father a ring he loved for safekeeping before he could get it resized. Mitchell had saved up and bought the ring himself, one of the few possessions Robert felt truly belonged to him.

The Calgary father now wears the ring on his right hand as a way to keep his son close. He said he worries about his memory losing pieces of his son over time, like the sound of his voice or his smile.

“I just want to be with him and hold him. I was with him all his life, and now you’re being told you can’t see him anymore. You can’t hold his hand ever again, or smell him again. I don’t know what to do. My life was him.”

A GoFundMe page has been organized to cover the cost of bringing Mitchell back to Ontario for the funeral. As of Friday afternoon, $18,000 of the $20,000 goal has been raised.