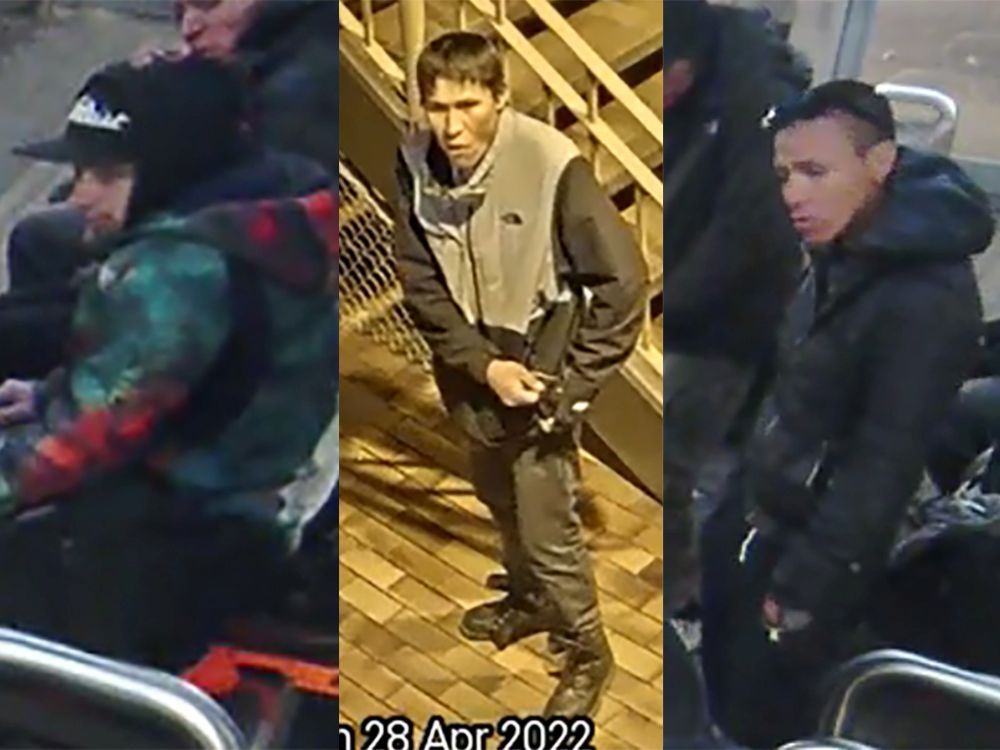 Calgary police have released images of six suspects linked to a stabbing at the SAIT CTrain station on Wednesday.

Officers were called to the train platform just before 5:30 a.m. on Wednesday, April 27 for reports of a man in medical distress. The man was taken to hospital with significant injuries as investigators determined six men had attacked the victim in a stairwell connecting the Jubilee Auditorium with the CTrain station. One of the suspects stabbed the victim and all six fled the scene.

The victim was able to make his way up the stairs and use the emergency help button located along the transit system.

It is unknown if the victim and assailants knew each other or if the attack was random.

On Friday, CPS released still images of the six suspects and asked anyone with information regarding the attack to call police at 403-266-1234. Anonymous tips can be submitted through Crime Stoppers.