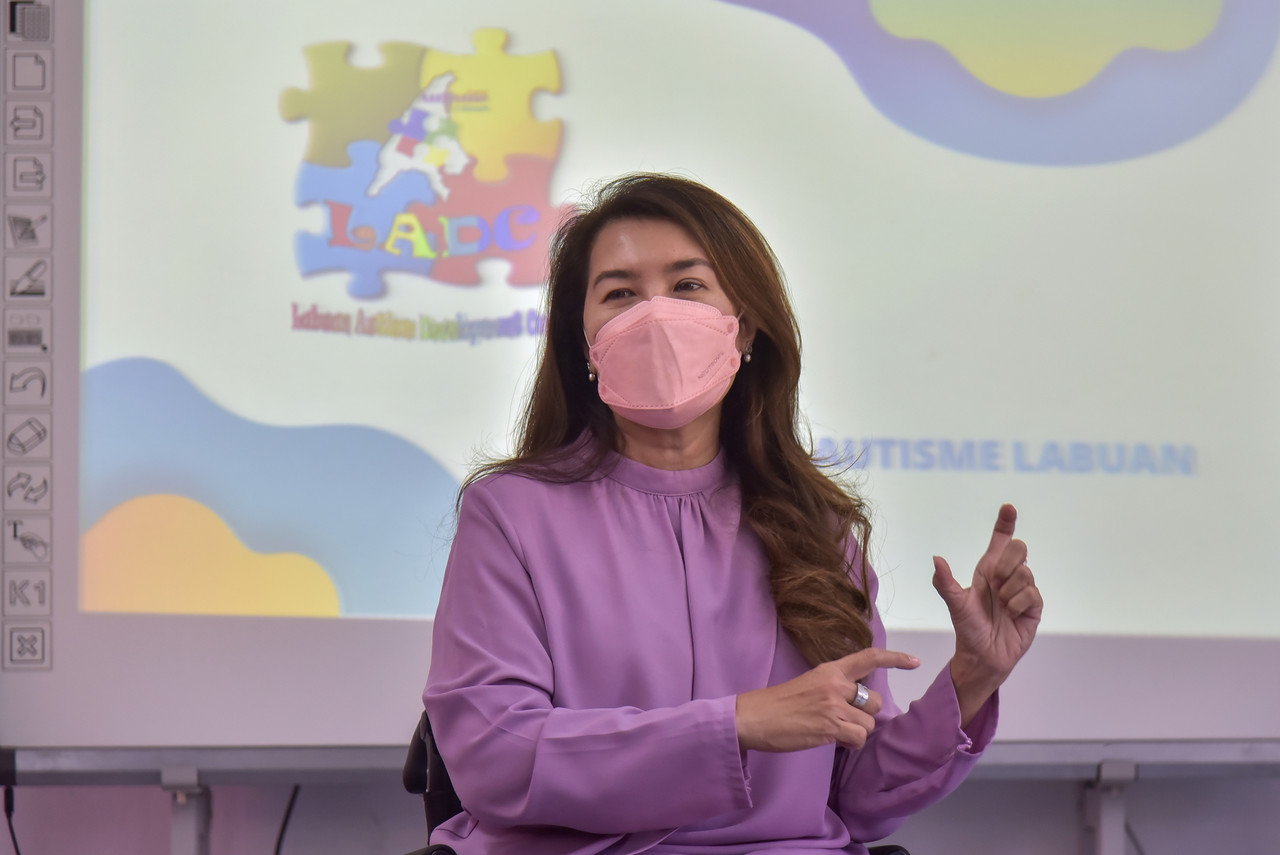 Ras Adiba speaks during a press conference in Labuan on Nov 20, 2021. – Bernama photo

KUALA LUMPUR (April 12): The government is urged to set up an independent commission that is accountable to Parliament in monitoring the implementation of the development agenda for Persons with Disabilities (PwDs), including the PwD Act 2008.

Senator Datuk Ras Adiba Radzi, who represents the PwD community in the Dewan Negara, said the establishment of the commission would enable the group to channel any complaints, appeals and petitions related to violation of their rights.

“The commission for the PwDs must be given the leverage, resources and power to investigate complaints on violations of the rights of PwDs in accordance with the United Nations (UN) law. Currently, there is the prevalence of discrimination, violation of the rights of PwDs, abuse of PwD children and so on.

“This commission should be set up immediately by the government to protect the rights and welfare of the PwD community in the country and it will be the starting point in resolving various issues and problems faced by them, including abuse of children with disabilities,” she said in a statement today.

The OKU Sentral president said the Human Rights Commission of Malaysia (Suhakam) and Social Welfare Department, which had a broad role, could not focus specifically on the issues and problems of the PwDs in the country.

Citing India, Ras Adiba said a special commission for the PwDs was set up under the Ministry of Social Justice and Empowerment, with the Chief Commissioner given the mandate to coordinate the work of the State PwD Commissioners, monitor the use of funds and take measures to protect the rights and facilities of this community.

She also proposed the establishment of a tribunal for PwDs, comprising experts on the rights of persons with disabilities to deal with cases of violation under the PWD Act 2008.

“This tribunal will provide much cheaper and faster access to justice. A tribunal hearing is also less problematic and stressful than a proceeding before the courts.

“To realise the government’s commitment through the Malaysian Family slogan, I hope the government can redouble its efforts in empowering the PwD community in Malaysia,” she said. – Bernama