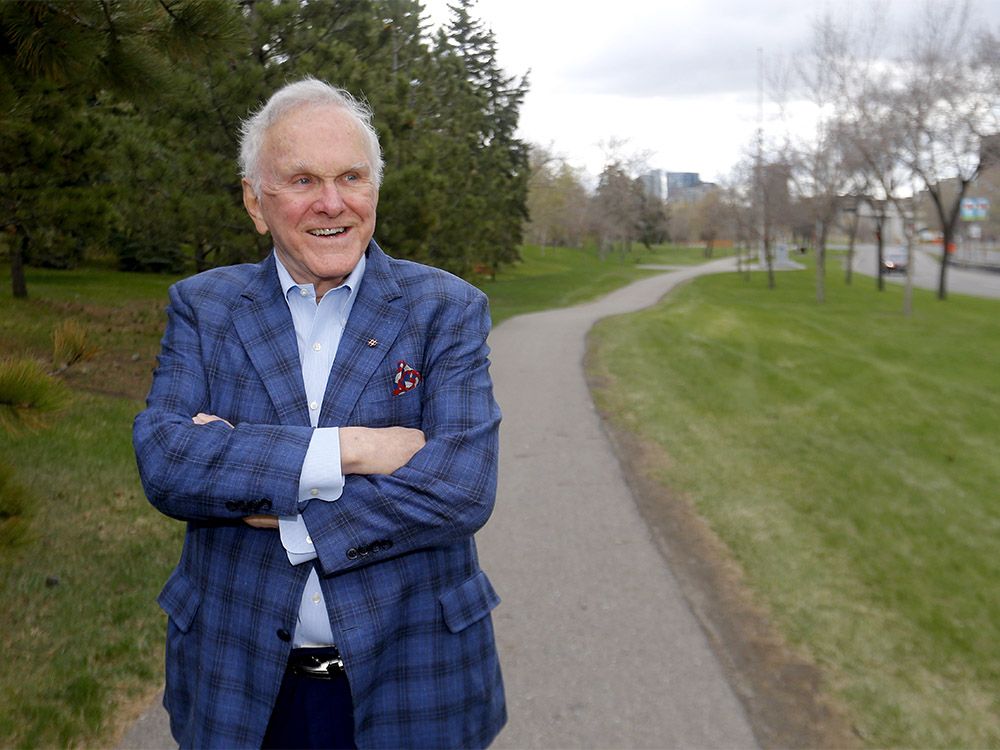 As the Calgary Police Service deals with low morale and public criticism, a local group is urging the community to show support for officers.

Calgary philanthropist Murray McCann and local entrepreneur Jackson McDonough have launched Beacons of Hope, a campaign McCann said is designed to amplify voices that support law enforcement. Dozens of messages of appreciation for Calgary officers have been posted on the campaign’s website since its launch in late April.

“We just thought it’s time for those Calgarians — the silent majority, I guess you’d call them — to speak up, as it seems the megaphone has been given to those who are negative to our police service,” said McCann, who also organizes the annual Field of Crosses memorial and ceremony for local veterans.

The organization is hosting a free event on Saturday at Sunnyside Bank Park beginning at 5 p.m. — the same location the Field of Crosses is set up along Memorial Drive every year — that will allow residents to mingle with some off-duty officers and recognize their service. The event will feature performances by country artist George Canyon, a local children’s choir and a Ukrainian folk ensemble.

The gathering is planned to culminate with a ceremonial lighting of more than 3,000 candles, representing each of the service’s sworn and civilian members. The blue-flamed candles are to burn until sunrise the next day. McCann said the candles signify the “respect and honour that Calgarians have for the CPS.”

Not all Calgarians feel the same as McCann does for local law enforcement. Just two years ago, more than 5,000 people signed a petition calling to defund the CPS as protests erupted against racism and police brutality worldwide in the wake of the death of George Floyd, a Black man killed by a police officer in Minnesota in 2020.

The force also continues to deal with new controversies, the most recent being the debate over the police commission’s attempt to ban the “thin blue line” patch from officers’ uniforms. That move was largely snuffed after being contested by police unions and some officers, with the CPS deciding not to enforce the directive immediately.

The police commission maintains many community members view the patch negatively, due in part to its use in counter-protests to anti-racism movements such as Black Lives Matter. The patch has already been banned by other police services across Canada due to the negative perceptions surrounding it.

McCann said the idea for Beacons of Hope was sparked from reports in late 2021 about low morale within the force, a situation he attributed to “negativity” toward police across North America in recent years. The Calgary police commission’s 2021 employee engagement report showed just 19 per cent of respondents said morale within the force is good, down from 36 per cent in 2020 and the lowest level in a decade.

In November, the police commission said decreasing morale was the result of growing challenges and effects from the COVID-19 pandemic, consistent protests and the growing discussion on defunding police services. City council approved a $6.08-million budget increase for the CPS as part of its 2022 budget in November, which police Chief Mark Neufeld previously told Postmedia will help relieve immediate pressures.

McCann hopes his event can help boost morale in the service and add some positivity to the conversation around policing.

“I love Calgary and I don’t necessarily like to see this negativity entering into our dialogue. I think it’s time we changed the dialogue to how great we are as opposed to what we are lacking,” said McCann.

McCann’s latest initiative also demonstrates why he was chosen as one winner of this year’s Top 7 over 70 awards, which are being distributed at a gala May 26. (Information and tickets are at top7over70.com).

“His philanthropy is visionary and making a true difference in our community,” says Kim McConnell, chair of the Top 7 over 70 organization.

For more information on Beacons of Hope, visit beaconsofhope.ca.