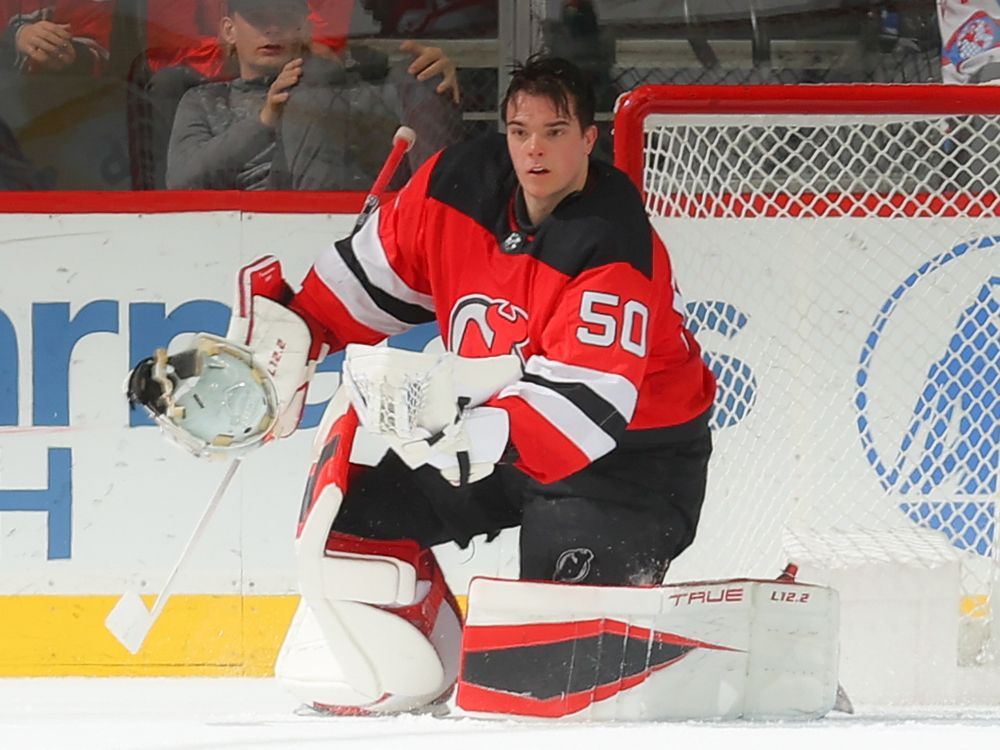 The matchup: This is the third and final meeting between these teams and the Canadiens are looking for their first win. They were on the short end of a  7-1 count at the Bell Centre on Feb. 8 and dropped a 3-2 overtime decision at the Prudential Center on March 27. The Canadiens, who are coming off a 6-3 loss to the Ottawa Senators Tuesday, are tied with Arizona for last place in the NHL. The Devils have picked up at least a point in their last 10 games against Montreal (9-0-1). The Canadiens’ last regulation win over the Devils was a 5-1 victory in New Jersey on Jan. 20, 2017.

Close but no Carey: The manifest for the Canadiens charter flight Wednesday included Carey Price the goaltender, who has set the record for the longest rehab from a minor knee surgery, will not see action in Jersey or in Toronto on Saturday night. But there is a good chance Price will make his long-awaited season debut when the Canadiens return home next week. He has been taking a regular turn in practice and looks ready. While the Canadiens are waiting for Price, Jake Allen will make his 10th start in 11 games since returning from a groin injury.  He has a 3-4-2 record in that stretch while facing an average of more than 40 shots a game.

Revolving door for Jersey goalies: The Devils have used seven goaltenders this season and their top two — Jonathan Bernier and Mackenzie  Blackwood — are both on the injured reserve list and have combined for only 42 appearances this season. Nico Daws, who held the Canadiens to two goals in their last meeting, is expected to get the start. The rookie has an 8-11-0 record with a 3.31 goals-against average. Andrew Hammond, who was 3-0 for the Canadiens earlier this year, has made one start since being traded to the Devils and he gave up seven goals in a 7-6 overtime loss to Florida.

Dee-fence, dee-fence: Nick Suzuki and rookie Cole Caufield have been the Canadiens’ most productive players this season but their defensive play needs to be a lot better. Suzuki, who has 18 goals and a team-high 51 points, is a minus-24. Caufield, who has 16 goals, including 15 in the 25 games since Martin St. Louis became the head coach, is minus-20. Rookie defenceman Justin Barron scored his first NHL goal Tuesday but suffered a leg injury and isn’t on this two-game trip, which continues Saturday in Toronto. Also missing is veteran forward Paul Byron, who suffered  an undisclosed injury Tuesday.

Reunion on hold: Former U.S. under-18 teammates Caufield and Jack Hughes won’t have an on-ice reunion in this game. Hughes suffered a sprained MCL ligament in his knee and his season is over. Hughes, who was the No. 1 overall draft pick in 2019, is the Devils’ leading goal scorer with 26 and his 56 points are second to Jesper Brett, who has 65 points, including 22 goals. Yegor Sharangovich has 20 goals, Nico Hischier has 19, and rookie Dawson Mercer has 16. Former Canadiens forward Tomas Tatar has 13 goals and 27 points while P.K. Subban has five goals and 21 points and is minus-8. Subban is in the final season of the eight-year deal he signed with the Canadiens and he will be looking for another team when he becomes an unrestricted free agent on July 1.