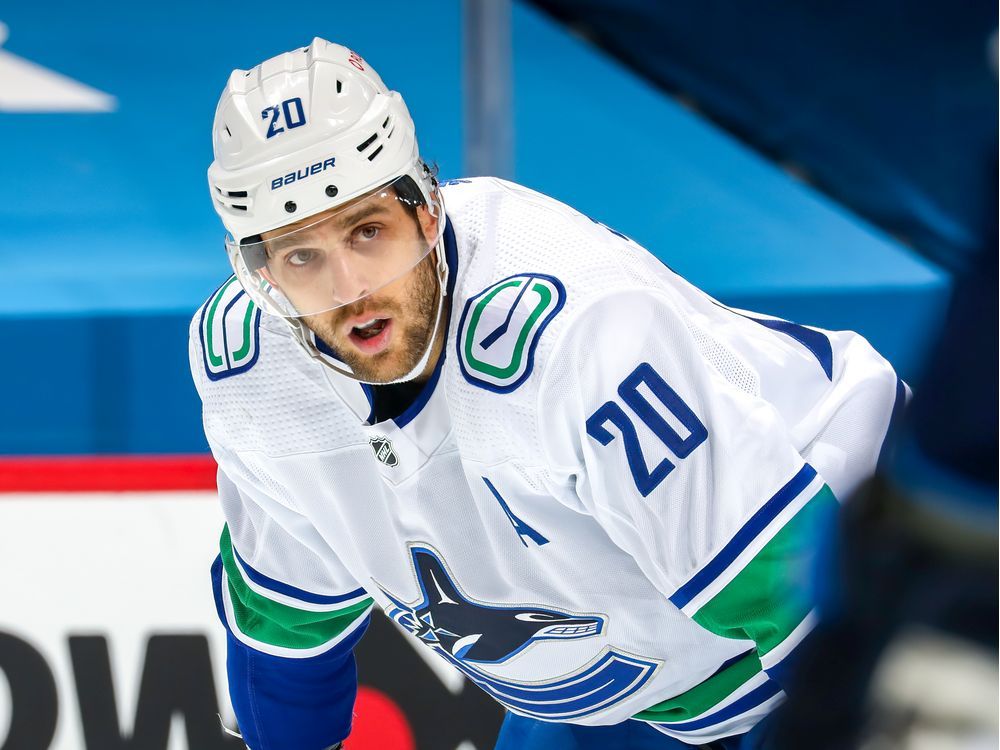 On Tuesday, in an interview with Sportsnet’s Dan Murphy, the personable centre spoke publicly for the first time about his difficult battle with long-COVID.

“It’s definitely been a struggle of a winter for sure,” Sutter said, his emotions evident just below the surface.

Though his symptoms have taken him over and through physical and emotional peaks and valleys, he’s feeling optimistic again.

“(I’m) just starting to see and work with the right people and doing all we can to try to figure it out.”

Like most of his 2020-21 Canucks teammates, Sutter came down with COVID just over a year ago. The Canucks’ outbreak came before COVID vaccines were widely available in Canada, so his infection came full-force.

But he appeared to recover, just like his teammates did, and was able to suit-up and finish out the season.

The storyline changed for him over the summer. Over August, strange symptoms started to appear. Heightened heart rate, difficulty catching his breath.

“Like someone was sitting on my chest,” he relayed at one point during a press-box chat.

He had stopped working out in early September, with the advice that rest was likely to be the best cure.

It became clear that he was dealing with long-COVID symptoms. The American Medical Association estimates that anywhere between 10 and 30 per cent of people who contract COVID may experience such symptoms at some time after they have recovered from their initial infection.

At one point in the fall, symptoms were making daily life a struggle. But by December, his symptoms had begun to subside. He started appearing at games, just to watch his team, who he hoped he would be able to rejoin.

By January, he was resuming light workouts. In March, he began skating with injured teammates.

But as Sutter revealed to Murphy on Tuesday, he hasn’t skated since early April.

“Thought I was getting better after Christmas and started training again, started skating again and was kind of optimistic about returning at some point this season. When I started skating more and ramping-up my training to the level you’ve got to be as an athlete in this league, I just kind of went backwards a little bit.”

For the time being, Sutter is just hanging out, but hopeful for a return

“Doing all we can to try to correct it. And it’s just been dealing with immune system stuff … It’s not a lot of fun and we’re trying to … figure it out, but it’s a grind,” Sutter said.

“You’re just waiting for answers. You break a bone, you have a broken leg or knee problem or shoulder or something, you go, ‘OK, we’ve got six weeks, we got eight weeks, we got 10 weeks and we’re back to normal.’ This has been dragging on but we’re getting there and hopefully soon we’ll get back at it.”

Thankfully his family is healthy. He and his wife Giselle welcomed a baby daughter last summer, their third child.

“At least you go home to your family and I’ve been able to be around our baby girl and our other two kids the whole time, so it’s been a bit of a blessing,” Sutter said.