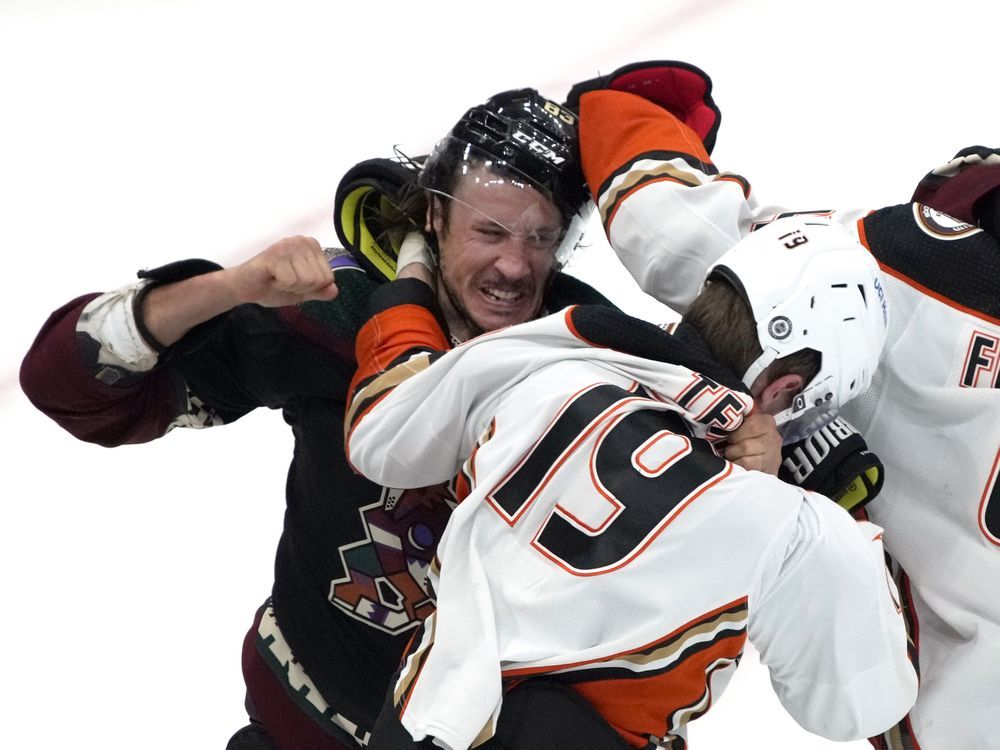 It’s the first time Oliver Ekman-Larsson has played in Arizona since he was traded to Vancouver last summer. The Coyotes may not have a big fanbase, but they do have a passionate one and Ekman-Larsson’s return will surely draw some emotions. He’s one of the best players in team history. And Conor Garland was a tough player for Arizona to lose, too, with his spark-plug energy winning plenty of fans in the desert, just as he has since done in Vancouver.

THREE THINGS ABOUT THE COYOTES

• Harri Säteri starts: The gold medal-winning netminder for Finland was a free agent last month after he quit the KHL’s Sibir Novosibirsk following Russia’s invasion of Ukraine. The Toronto Maple Leafs tried to sign the 32 year old, but had to pass him through waivers first. Multiple teams put claims in on Säteri, but the Coyotes were the team with the worst record so they won his contract. Thursday will be his first game for Arizona since they acquired him March 21.

• Beagle on Terry: Coyotes centre Jay Beagle has been the centre of attention since last Friday night when he pummelled Anaheim’s Troy Terry after the young Ducks star came to the defence of teammate Trevor Zegras, who had been cross-checked to the ice by Beagle after Zegras had poked the glove of Coyotes goalie Josef Korenar.

Asked about the altercation on Monday, Beagle was defiant about what happened. Although Beagle had initially shoved Zegras to the ice, he still felt that Terry, who is not known for rough play, had been the aggressor in confronting the former Canucks centre. Beagle said he thought it was a fight and proceeded as such.

“I’m accountable for what I do,” Beagle said. “You poke the goalie when it’s 5-0, I don’t care who you are, you’re going to get something.”

Terry, however, never dropped his gloves and ended up playing the role of punching bag. His teammates, especially Zegras, were furious about the incident.

“You don’t punch a guy when he’s down. Especially a 32-goal scorer in the NHL who is a superstar,” Zegras said. “It’s humiliating and I think (Beagle) should be (expletive) punished.”