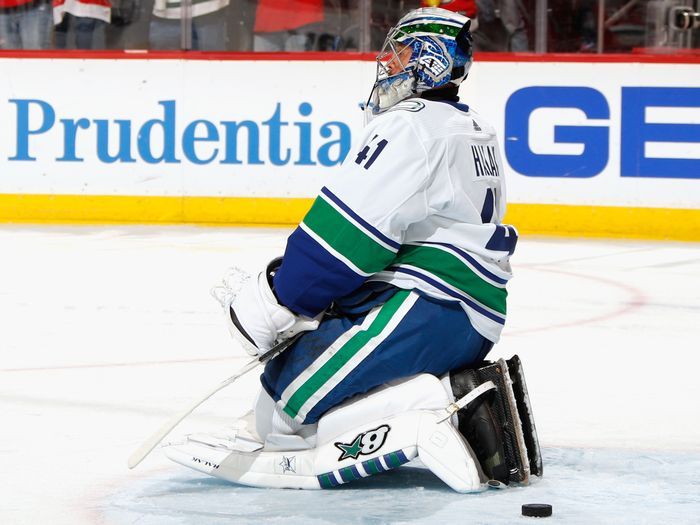 The Canucks will surely need to start a backup goalie Wednesday in Colorado.

If Thatcher Demko starts Sunday versus the Buffalo Sabres — the second of two games in two nights — how will the rest of the week play out for backup Jaroslav Halák?

The veteran goalie hasn’t started since his disastrous appearance Feb. 28 in New Jersey, his last start before that was the disaster versus the New York Islanders Feb. 9.

But if he’s not traded by Monday’s deadline, the Canucks will need a backup start Wednesday in Colorado, the first of back-to-back games. They play the next night on Thursday in Minnesota, a more winnable game.

So it will be either Halák or Spencer Martin.

Bruce Boudreau said after Thursday’s game that Nils Höglander was seeing a specialist. Boudreau didn’t expect to know more on the injured Winger’s status until Monday.

Höglander seemed to strain his groin during a drill on Wednesday and was assessed by the training staff at the bench before returning to the dressing room.

Needing to see a specialist is rarely a sign that a player is going to return soon from a groin issue, though Boudreau described Höglander as only day to day.

Conor Garland’s name has been linked to a few teams, most recently the Los Angeles Kings. One report Saturday suggested that defenceman Helge Grans could be coming to the Canucks in return.

A couple of scouts said that if he comes together as an NHL defenceman he’d make a good partner for Quinn Hughes. Grans, who is Swedish, was drafted in 2020 and had a nice season with the AHL’s Ontario Reign, his first professional season in North America.

“You’re looking at a sizable, right shot defenceman,” Elite Prospects’ director of video scouting Cam Robinson told Postmedia. “Really nice skating ability, good footwork in the O-zone, solid edge work in transition. Excellent passer, like very good. Slip passes, feints to open lanes, draws coverage and makes a saucer area-pass. Now, on the flip side, he’s had his share of difficulties in the defensive end and his decision-making and awareness being the big issues. The year after his draft was not ideal but this season has been much better.”