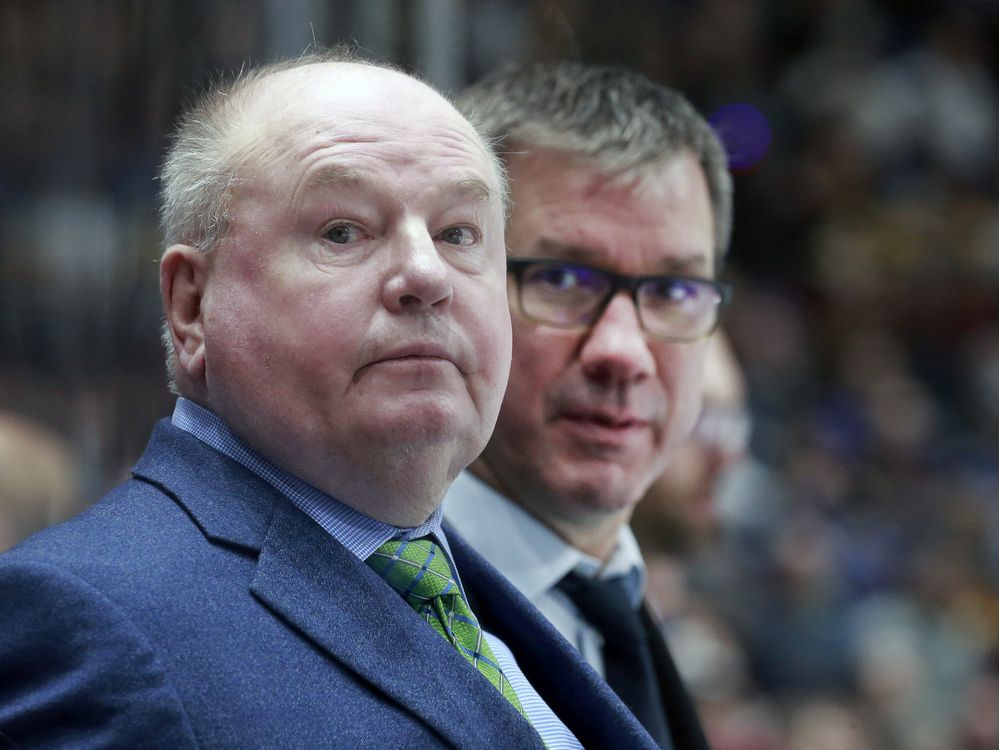 More changes are coming — as expected — to the hallways of Rogers Arena.

Vancouver Canucks head coach Bruce Boudreau revealed Friday morning that assistant coach Scott Walker won’t be back. He made the comments on the Bob McCown podcast, where John Shannon is a contributor.

Walker was the first person Boudreau contacted after he was offered the head coach’s job by Canucks owner Francesco Aquilini in early December and he agreed to return as an assistant coach with the Canucks, where he had worked previously in player development and where he had broken into the NHL as a player.

On the show, Bruce mentions that Scott Walker will not be back behind the bench with him and they are actively looking for a replacement. https://t.co/iHBhDHUt3P

Asked whether a change was imminent, he paused, then replied: “I think we need some more time.”

The Canucks did not respond to a request for comment after Boudreau revealed that Walker was leaving.

Walker played the final 10 games of his NHL career under Boudreau for the Washington Capitals in 2009-10.

Boudreau had come close to hiring Walker in 2016 while he was coaching the Minnesota Wild.

About nine days before they landed in Vancouver last December, they had been hired by Hockey Canada to work as assistant coaches alongside Claude Julien for the Channel One and Spengler cups, the two tournaments that were planned to be key selection tools for picking the Olympic team.

Shortly after their meetings concluded in early December, Boudreau followed up with Walker about a potential opportunity to return to the NHL.

“He said, ‘I’m not offering you anything but things are heating up in some places,’” Walker told Global News in Guelph, Ont., a few days after he was hired in Vancouver. “He didn’t tell me where but I could guess. I knew it wasn’t just Vancouver but I knew there were a couple of places.”

Walker coached the OHL’s Guelph Storm from 2010 to 2015, then bought the team as part of a group. He stepped away from coaching but was heavily involved in running the club.

At the same time, he joined the Canucks’ player development department and supported Ryan Johnson in working with prospects in junior and college hockey. He also was often asked for input by the scouting department and came to be seen as a vital voice in meetings by both Johnson and amateur scouting director Judd Brackett.

His departure in 2019 came as a surprise, as he moved to the Arizona Coyotes to be a special assistant to the GM. His departure was greatly lamented by his former co-workers at the time and it was clear he left behind a big hole in the organization.

“The NHL means a lot to everybody and so it should, but Vancouver has meant a lot to me in my life. It’s exciting to step up and help them when they need it,” Walked told Global about returning to the Canucks for a third time.

But he also added his moving to the West Coast would put great pressure on his family. He and wife Julie have a son who is set to turn 20 and a daughter in Grade 12.

“My poor family — lucky I have a great wife that can roll with the punches and keep the family together,” he told Global.