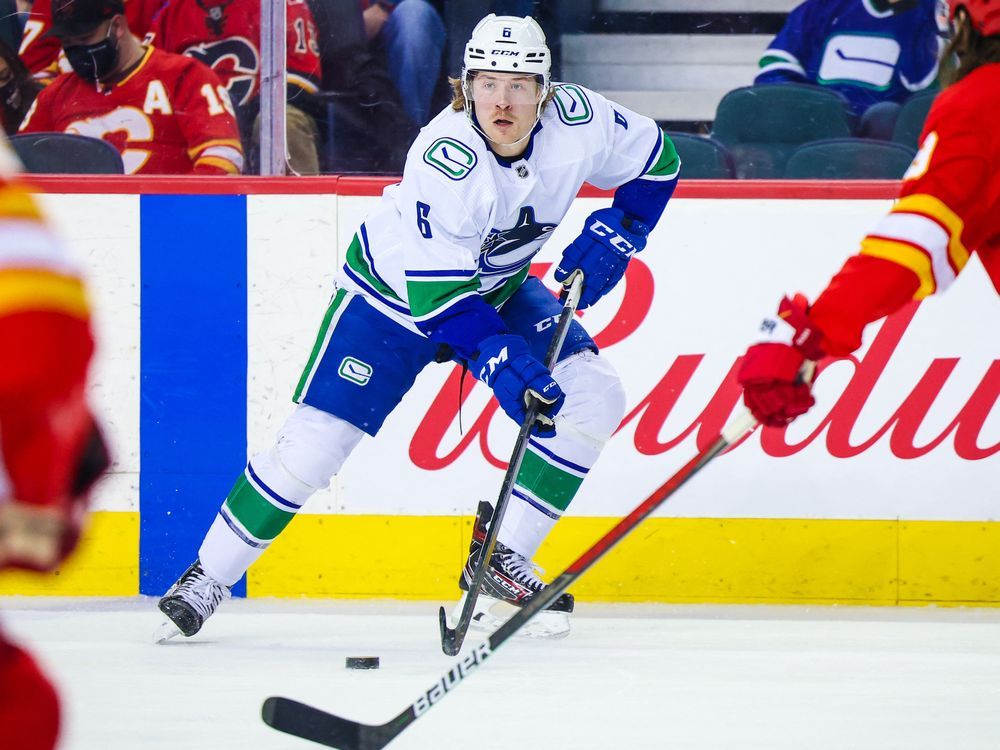 The right-winger looked to have injured his arm during Sunday’s loss to the Vegas Golden Knights, getting caught between teammate Elias Pettersson and the Knights’ Ben Hutton

Add Brock Boeser to the list of the Vancouver Canucks’ walking wounded.

The right-winger is dealing with an “upper-body” injury, the National Hockey League team announced Tuesday ahead of a scheduled pre-road trip practice at Rogers Arena. The team plays in Vegas on Wednesday and Arizona on Thursday.

Boeser hurt his arm or wrist in the second period of Sunday’s 3-2 overtime loss to the Vegas Golden Knights when teammate Elias Pettersson tried to hit Ben Hutton near the boards in the neutral zone and Boeser’s arm got caught between them.

Boeser was collateral damage in the collision, his right arm appearing to hyper-extend.

Boeser went to the dressing room for assessment, but returned to play in the third period.

The team hasn’t yet said if his current injury is related to Sunday’s hit. Boeser has 19 goals and 38 points in 64 games this season.

Quinn Hughes was also absent from Tuesday’s practice, though the team didn’t say why.

The team cancelled practice on Monday, saying all the players needed a “maintenance” day. A source told Postmedia that a number of players had picked up the stomach bug that kept Bo Horvat and Brad Richardson out of action late last week.

Horvat said he felt pretty rough for about 48 hours — he first felt ill Wednesday afternoon — but was fine by Saturday’s practice.