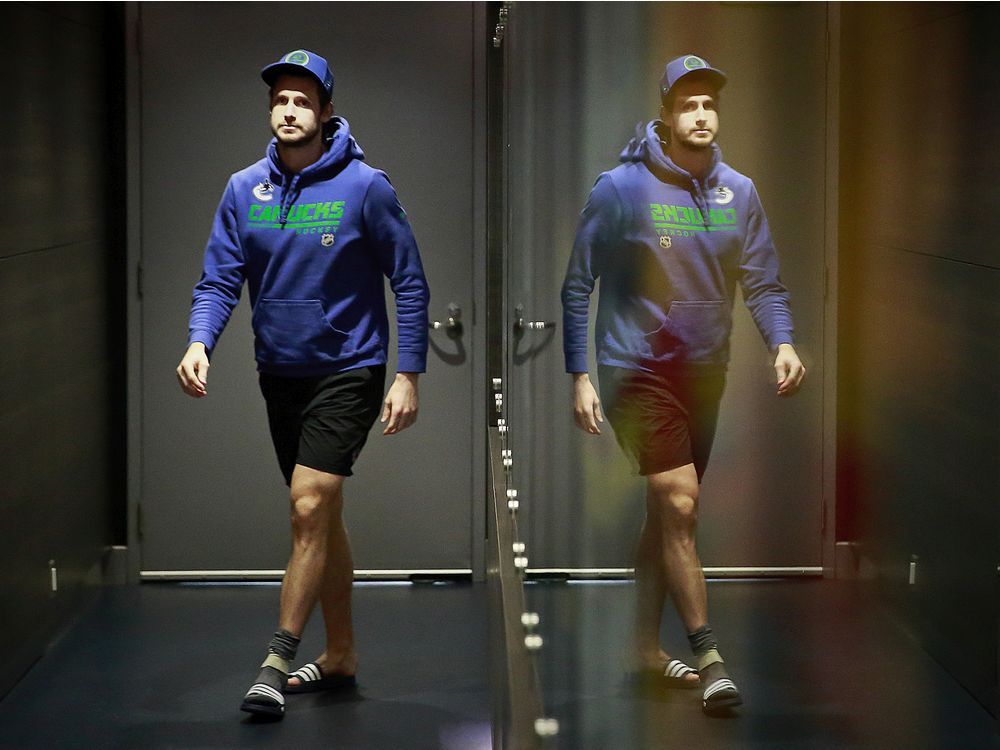 We’re looking back at the 2021-22 Vancouver Canucks with a focus on Oliver Ekman-Larsson. Over the coming weeks, we’ll break down the season and take a look at how player situations stack up going into 2022-23 …

Contract status: Five years remaining on eight-year, US $66-million extension signed with the Arizona Coyotes in 2018 that carried a US $8.25 million salary cap hit. It was reduced to US $7.26 million in a 2021 trade negotiation with the Canucks.

How 2021-22 went: At one point, Ekman-Larsson was just as concerned about COVID-19, and the less severe yet fast-spreading Omicron variant, as getting his game in order. After all, when Bo Horvat, Conor Garland and J.T. Miller were sidelined in January by positive tests, it only heightened pressure on the back end to produce — especially Ekman-Larsson — with just seven collective goals in the first 39 games.

Ekman-Larsson dodged the virus, but not the scrutiny that the big-ticket acquisition should have had more than just two goals in that 39-game span and should have finished with more than five. He did have three goals and 10 points on the power play, despite averaging 1:45 per outing compare to 3:29 for Hughes.

Ekman-Larsson placed second in defencemen scoring with 29 points (5-24) in 79 games, but amassing a back-end high of 168 shots and seeing enough power-play time should have added up to more effectiveness, especially in an even-strength pairing with Tyler Myers.

“It’s pretty frustrating when you get a lot of looks and can’t really generate goals after creating chances,” Ekman-Larsson said in an all-too-common refrain that summed up his season. “We have to stick with it, and for myself, I have to be shooting pucks and doing the right things.

Ekman-Larsson seems far removed from double-digit goal seasons in Arizona and whether that’s a product of a change in coaches and systems or time catching up to the blueliner, it’s a reason for concern. Controlling pucks and not coughing them up, and exiting the defensive zone cleanly, was cited by president of hockey operations Jim Rutherford as pressing problems.

Ekman-Larsson was fourth among club defencemen with a Corsi-For even-strength percentage of 49.2 and his 42 giveaways were only topped by the 56 that Myers committed.

The Canucks surrendered the seventh fewest goals per outing (2.82) and third fewest at even strength (143), but a large part of that was due to the stellar play of Thatcher Demko. He faced 35 or more shots on 18 occasions, including 53 against Toronto on Feb. 12 and 45 against Las Vegas on April 12, and was shut down late in the season with a minor injury.

“It’s the structure of the team and how we’re going to play to give players a chance when they get in trouble,” said Rutherford. “Our exits from our defensive zone are not good, probably, one of the worst in the league. Defencemen are getting into trouble all the time.

“When they’re in trouble it’s: ‘What am I supposed to do with the puck?’ They bang it off the boards, and they (opposition) keep it in our zone, and bang it’s in our net. It’s something that’s very fixable.”

How the future looks: Ekman-Larsson’s off-season training regimen is on hold. He suffered a foot fracture while blocking a shot at the world hockey championships in Finland on May 15. He did manage to appear in the following two games, but discomfort ended his stint with Sweden on May 21. The recovery time for the fracture is four to six weeks.

The bigger concern is how the Canucks can get better on the back end, and creating cap space would mean parting with a veteran if they can find a suitor. Ekman-Larsson has a no-movement clause and Myers, 32, has two years remaining at US $6 million annually. His modified no-trade clause kicks in July 1 and he can veto 10 teams.

Finding a younger, dynamic right-shot defender to pair with Quinn Hughes is a more likely path, but that would mean parting with a prominent forward and draft pick.

Greatest strengths: Ekman-Larsson skates well and is smart enough to transition the puck. He doesn’t possess the wheels or the sublime edge work of Hughes, who can spin out of trouble to find the better zone-edit strategy, but he’s capable of operating in a shutdown role because of an ability to handle an average of 22:19 of ice time this season, second only to Hughes at 25:15.

Greatest weakness: Puck-possession statistics keep slipping and giveaways are increasing and that’s not a good combination.

Is he trade bait?: Only if someone wants to take on a huge contract and an asset that will diminish over time.

Read more from our Canucks Under the Microscope series