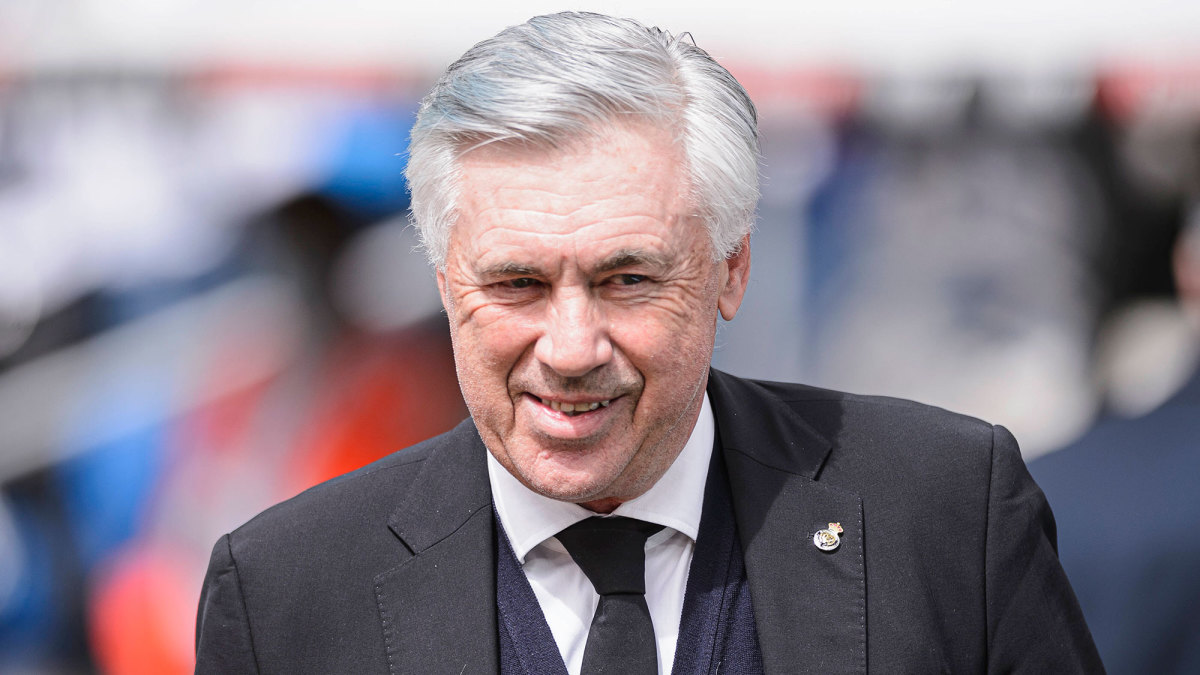 Carlo Ancelotti deserved his cigar. He had just won the Spanish league title and became the first man ever to claim championships in what have widely been considered to be the five top European leagues. If his Real Madrid can overcome a 4–3 first-leg deficit at home to Manchester City on Wednesday and then beat Liverpool in Paris later this month, he will become the first coach ever to win four Champions League titles. These are remarkable achievements, and yet there is a sense that Ancelotti is regarded less as an elite manager than as a manager of elite players.

In part, it’s an issue of style. Ancelotti is not an ideologue. It’s very hard to say what an Ancelotti team looks like. He has never taken over a club and transformed it into an avatar of his vision of football in the way that, say, Pep Guardiola or Jürgen Klopp have done. He impressed at Parma, and his stint at Everton looks rather better in retrospect than it did at the time, but what he is good at is taking over a major club and coaxing the players to their best form.

That players tend to love him is not in doubt. That photograph of him with the cigar came from Vinicius Junior’s Twitter account and was captioned “The BOSS.”

Of course, it may be true that, as Steve Archibald once observed, team spirit is a chimera glimpsed in the moment of victory, but everything about that photograph suggests players who genuinely like their manager. And why would you not? Ancelotti is affable and amusing, rarely loses his temper, and when he does has a habit of subsequently apologizing. Journalists also like him, as do club directors. Ancelotti has worked relatively harmoniously with such difficult or volatile owners as Silvio Berlusconi, Roman Abramovich and Nasser Al-Khelaifi before rejoining Florentino Pérez at Real Madrid.

But there are times when he has been accused of being too nice. When Bayern Munich sacked Ancelotti the September after he had won the league it was because it was felt there had been a major drop-off in intensity compared to his predecessor, Guardiola. In his first season, that was regarded as a welcome respite; by the second, certain players had begun to feel they were slipping back, both physically and tactically. He is also one of only three managers to have been in charge at the end of a season in which Paris Saint-Germain failed to win the league since the Qatari takeover in 2011 (albeit that, like Mauricio Pochettino, he took over midway through that season; the other instance came under another Champions League semifinalist from this season, Unai Emery, who oversaw the entirety of the ’16–17 second-place campaign).

Watch Real Madrid in the Champions League online with fuboTV: Start with a 7-day free trial!

It’s no secret either that Ancelotti was essentially an emergency choice for Madrid last summer. Zinedine Zidane had resigned, and with the club in transition amid the chaos of the pandemic and the fallout from the failed attempt to launch a Super League, there was a sense that a safe pair of hands was needed. And that is exactly what Ancelotti is. He will not make demands of the owners, and he will not fall out with players. On the contrary, in the short term at least, he will relax them and stimulate confidence.

And that has made him perfect for this Real Madrid side. It is aging. It is not as star-studded as it has been through the club’s post-war history. It can play only in spells and is reliant on a couple of exceptional talents to pull it out of tricky spots. And yet it also has an implacable sense of its own history that breeds a self-belief. Ancelotti has fostered that.

The contrast last Tuesday, even with the score at 2–0 to Manchester City, between his apparent relaxation on the bench and Guardiola’s nervous hyperactivity in the technical areas was striking. It’s not that there’s a right or wrong—it may be that over the course of a season Guardiola’s intensity keeps his players at a more consistent higher level—but in that specific moment, a Madrid player glancing at the bench might have felt reassured that his manager didn’t seem too concerned. A City player, conversely, might have felt his team’s control was less secure than it felt at the time.

Is Ancelotti a great coach? His record, really, is unarguable, even if his very best days may be in the past. But, unusually in the modern game, he is a pragmatist, not an ideologue, adjusting himself to his squad rather than his squad to himself, and that means that there’s no great sense he has changed the game or molded a side to his will. But at a club like Real Madrid, as it is at the moment, that is exactly what is needed. Greatness in football can take many forms.