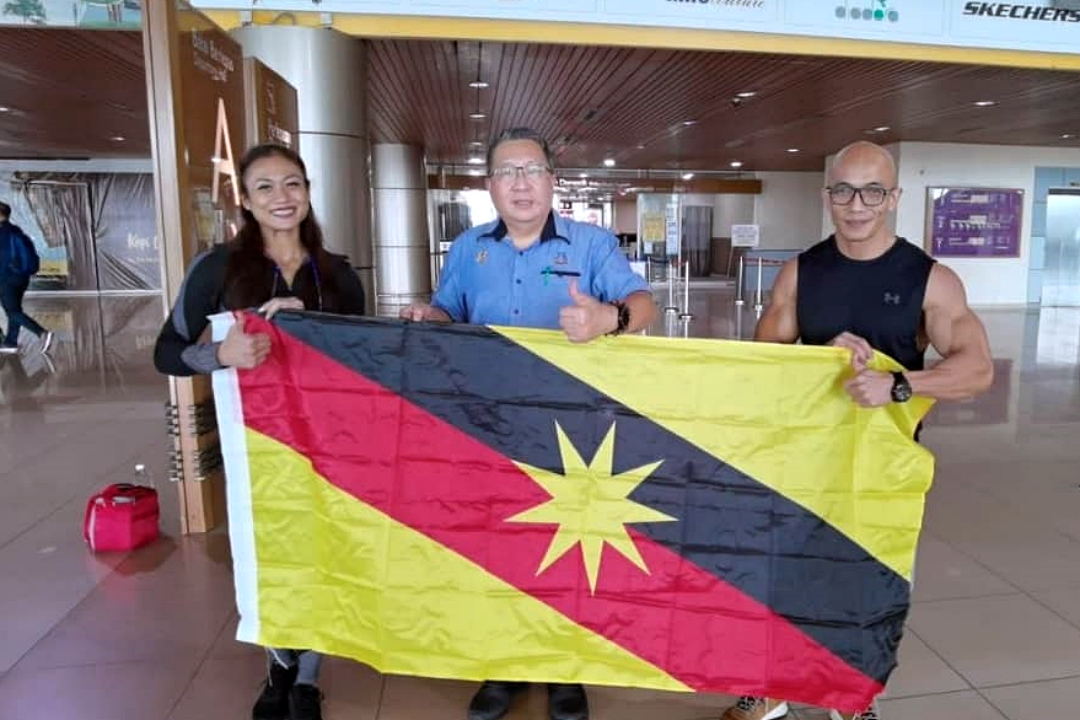 Wee (centre), with Malvern and Philomena, holding up the Sarawak flag during a photo-call at the KIA.

KUCHING (July 13): The challenge is on for Buda Anchah, Dr Malvern Abdullah, Azri Asmat Sefri and Philomena Dexclyn Siar to bolster the medal target for Malaysia at the 54th Asian Bodybuilding and Physique Sports Championships.

The four Sarawakians are now in Kuala Lumpur, joining the other members of the Malaysian squad for the regional meet in the Republic of Maldives, where the opening ceremony is scheduled to take place this Saturday (July 16).

“We wish them all the best. I know they have worked really hard and I pray that that such hard work would reap success for them,” said Kuching South Mayor Dato Wee Hong Seng, who is also Sarawak Bodybuilding Association president, when met during the send-off at Kuching International Airport (KIA) late afternoon today.

It is informed that the association has given the four athletes a cash incentive of RM1,000 each.

Departing from the state capital earlier today were Malvern and Philomena, while Azri boarded the flight from Miri. Buda had arrived in Kuala Lumpur much earlier.

The four are among the 12-member Malaysian team out to compete in the Asian bodybuilding championships this year.