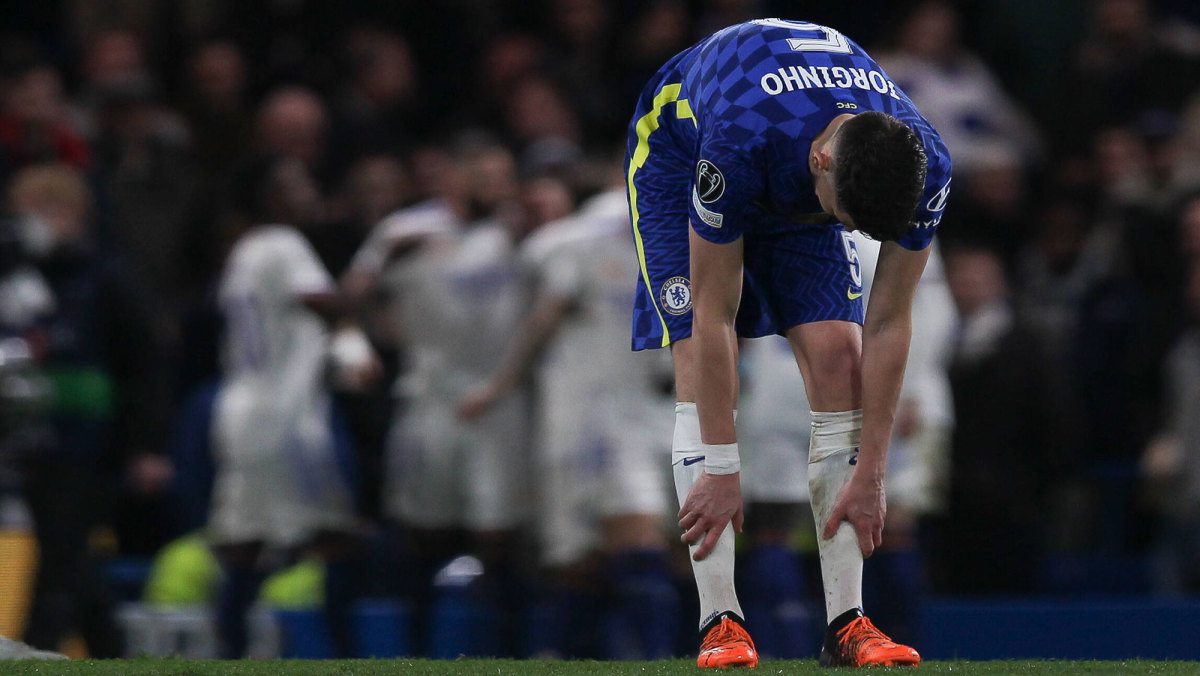 Many of the biggest comebacks in Champions League history can be traced back to the last few years.

There was Barcelona’s epic Remontada against PSG in 2017, where the Spanish side turned around a 4–0 first-leg loss with a 6–1 stunner. Two years later, Barcelona was on the other side of an epic collapse when Liverpool erased a 3–0 loss with a 4–0 win in the semifinal, nonetheless. And in the other semifinal in that same year, Tottenham put together a second-half charge in the second leg to overcome a 3–0 aggregate deficit with a Lucas Moura hat trick.

In this season’s Champions League quarterfinals, there are two teams facing 3–1 deficits that could add their names to the lore of epic Champions League comebacks, but only defending champion Chelsea seems to have any real hope at all—and you won’t find it coming from its manager.

When asked whether Chelsea’s title defense was still alive following a home defeat to Real Madrid, Thomas Tuchel replied with a frank “No,” although he admitted it was worth a shot to still go for it. But still, it’s worth looking at the chances each trailing team has of a comeback in the second leg—even if one manager doesn’t necessarily buy it.

Bayern Munich hasn’t advanced from a Champions League knockout tie after losing the first leg since the 2015 quarterfinal against Porto, when it erased a 3–1 deficit with a strong 6–1 showing. Tuesday’s second leg against Villarreal won’t take a Herculean effort like that, but it should still be expected from the German giants.

While Karim Benzema may have stolen the show with his hat trick against Chelsea, Villarreal provided the biggest shock of the quarterfinal first legs with a 1–0 win over Bayern. Arnaut Danjuma struck early with an eighth-minute goal for the Yellow Submarine, but nobody expected that lead to hold up. Instead, Unai Emery and Villarreal were left to rue multiple missed chances at home that could have easily seen their aggregate lead extended to multiple goals.

But on Tuesday, the upstart Spanish side will have to go into Munich, where Bayern has lost only three games since the start of 2020, without the element of surprise and with just a one-goal advantage. All hands will be on deck for the Bundesliga champions, and they’ll be expected to follow through at home. Still, Villarreal has already slayed one giant this year in Juventus, and Bayern likely learned that the Spanish side should never be counted out.

Benzema’s 25-minute hat trick in the first leg seemed to put this one to bed, but you can never truly count out the defending European champion. After all, Chelsea bounced Real out of the Champions League semifinals last year with a 2–0 win, and the same players from that starting lineup are still in the Chelsea team (although that second leg was at Stamford Bridge).

The main problem for Tuchel is that Benzema is expected to play for Real Madrid. In Tuchel’s 16 Champions League games with Chelsea, the club has conceded 10 goals—and Benzema has scored four of them. Tuchel lamented the fact that Real plays in a league that allows for five substitutions per game, while Chelsea, which doesn’t, has played in 52 games this season including the Club World Cup.

While Tuchel has a point, the more relevant point is that Real Madrid is simply the better team, and showed that in the first leg at Stamford Bridge behind Benzema, the player with the exact kind of prolific productivity that is missing from this Chelsea team. The chances of a Chelsea comeback at the Bernabéu are slim, but it’s still worth watching for the quality of the sides. Tuchel is right when he says, “It’s worth trying.”

While this appears to be the most tantalizing tie of the second legs, its chances of producing a comeback do not surpass those of Bayern’s. But at home in front of what is expected to be a raucous crowd, Atlético’s chances are much better than the other two clubs entering the second leg facing a deficit, even if it’s facing a hungry Manchester City side.

The signs from the first leg are a mixed bag. The good news for Atlético is that it held Manchester City to only one goal at the Etihad with its suffocating defense. The bad news is that such a defensive effort saw the reigning La Liga champions go the entire first leg without taking a single shot, whether it was on target or into the seats.

Man City looked energized in Sunday’s 2–2 draw with Liverpool but was left wondering whether it could have put the Premier League title race to bed. But City cannot afford to let Atlético hang around. If Atlético feels that it has a chance, Diego Simeone’s cholismo tactics will set in. A desperate home team with plenty of big-game experience like Atlético, which is not afraid of taking desperate measures, is a scary thing to face in an elimination game.

There really shouldn’t be too much debate behind this one. It would take a monumental collapse—similar to the one it induced against Barcelona in the 2018–19 Champions League semifinal—to see Liverpool not advance to the semifinals heading into the second leg with a two-goal advantage.

Liverpool secured a critical result in the draw at Manchester City on Sunday to stay within a point of the defending Premier League champion. Therein lies Benfica’s only hope—that Liverpool will be exhausted from the result and will be caught looking ahead to another tilt with City in the FA Cup this weekend. But that will be far from expected, even if Liverpool fields a weaker side.

Jürgen Klopp is not one to ever let his team lose focus, and Liverpool as a club has progressed from each of its last 12 Champions League knockout stage ties after winning the first leg. The fact that Wednesday’s second leg is at Anfield will only bolster its case. Benfica will need to dig deep like it did in Amsterdam for the second leg against Ajax in the round of 16, but this will clearly be a much bigger ask.