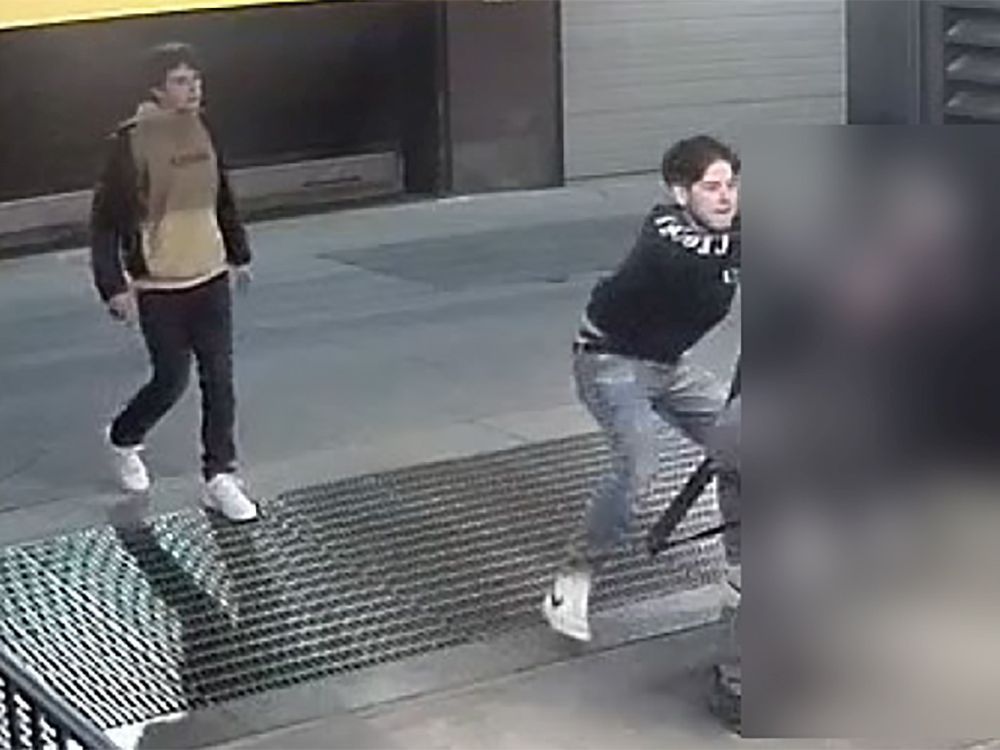 Calgary police have charged two men in what is believed to be a hate-motivated assault.

On March 29, around 11 p.m., police were called to the 600 block of Centre Street South for reports of an assault.

According to a statement issued by police this week, the victim reported that he had been thrown to the ground by two unknown individuals who then kicked the victim multiple times. Security staff of a nearby building located the victim and called emergency services.

Upon arrival, officers located a man who had injuries to his ribs and face and required medical attention. Police believe the incident was an unprovoked attack on a vulnerable Calgarian.

Corbin Maverick Riley, 21, and John Segovia Calderon, 21, have been charged with one count each of aggravated assault. Police reiterated the incident is believed to be a hate-motivated assault.

“Every Calgarian has the right to feel safe in our city and violence against vulnerable members of our city will not be tolerated,” said a press release from the police service issued Thursday.