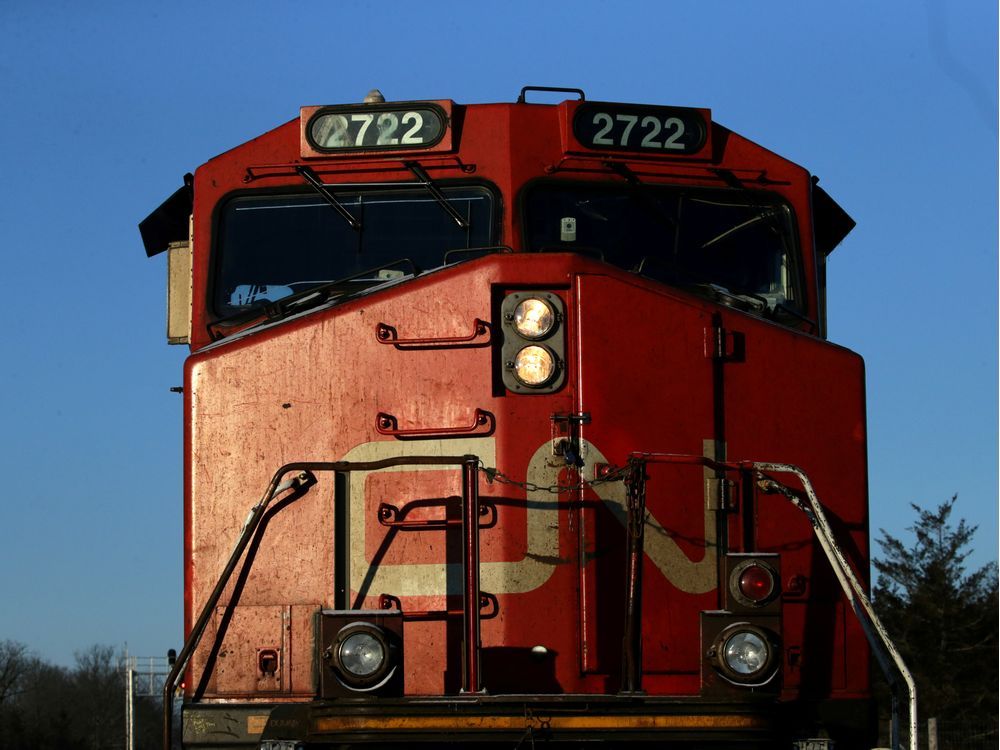 To denounce the absence of francophones on CN’s board, the Société Saint-Jean-Baptiste de Montréal placed a giant lemon in front of the company’s headquarters on Friday.

One month after igniting a backlash for failing to nominate a single French-speaking director to its board, Canadian National Railway said it’s hired a Montreal search firm to assist with the recruitment.

Canada’s biggest railroad operator intends to appoint the new francophone and Quebec-based director in the coming months, the Montreal-based company said late Friday in a statement.

“CN takes this process very seriously,” newly elected board chair Shauneen Bruder said in the statement. “It will be rigorous, of the highest integrity, and consistent with our principles of best in class governance.”

CN’s board slate for 2022, disclosed in a regulatory filing in April, includes several former railroad executives, none of whom are based in Quebec. The move drew scorn from the $420-billion Caisse de dépôt et placement du Québec, a major CN shareholder, which criticized the company for ignoring qualified francophone candidates in its own backyard.

As a former Crown corporation until its privatization in 1995, Montreal-based CN is subject to Canada’s Official Languages Act — though the legislation doesn’t govern the company’s board.

“CN’s head office has been in Montreal for more than 100 years and the board respects and takes pride in the company’s rich history in Quebec, where the official language is French,” chief legal officer Sean Finn said in French Friday during the company’s annual meeting.

That’s not a view that French language activists — and some company employees — share.

To denounce the absence of francophones on CN’s board, the Société Saint-Jean-Baptiste de Montréal placed a giant lemon in front of the company’s headquarters earlier on Friday.

Presse Canadienne contributed to this story