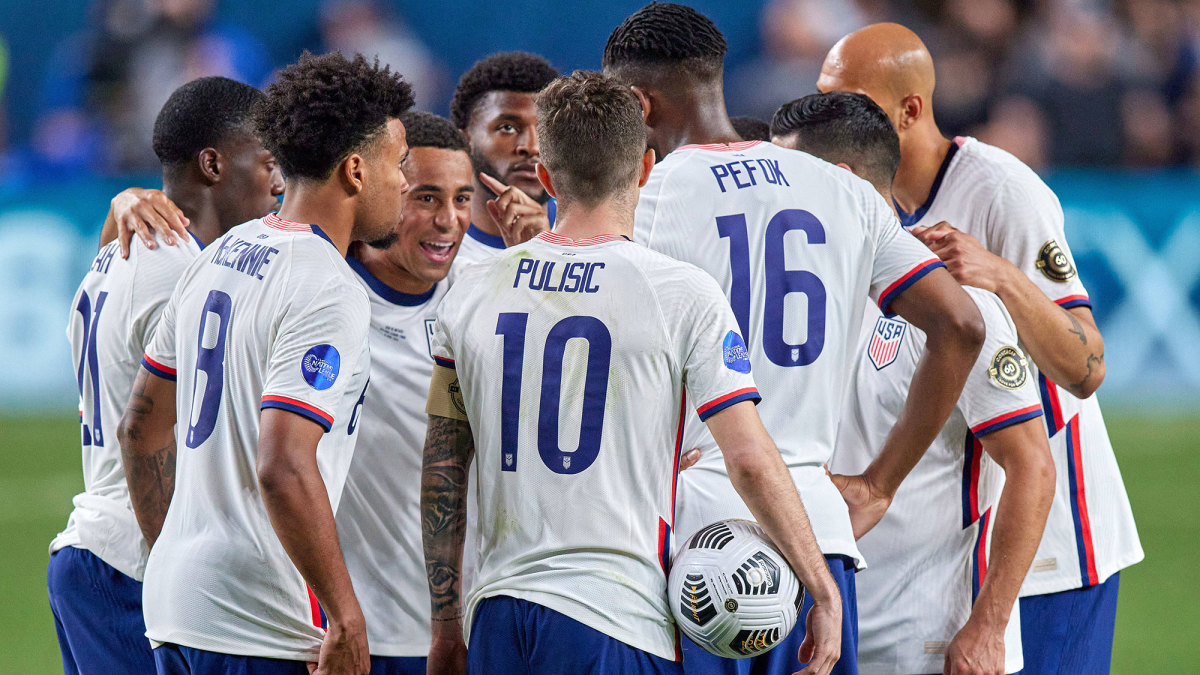 Three days after getting most of its World Cup assignment, the U.S. men’s national learned a bit more about how it’ll be preparing for Qatar. There are just two international windows before the World Cup’s November kickoff, leaving room in the congested calendar for only six more international matches. Monday night’s Concacaf Nations League draw revealed two of those six opponents: El Salvador and Grenada, which the U.S. will meet in early June.

If the World Cup represents the sport’s grandest stage, then the Nations League is about development and bolstering soccer’s foundation. Launched in 2019, the biennial, three-tier tournament represents Concacaf’s effort to address the top-heavy nature of the 41-nation body, whose numerous smaller members lacked sufficient opportunities to play, improve, and attract fans and revenue.

Concacaf wisely injected some stakes by turning the Nations League into the Gold Cup qualifying competition—the U.S. will have to finish among the top two of its three-team League A group to guarantee its spot at the 2023 confederation championship—but it’s still largely a redundant exercise for the region’s top sides. That redundancy is especially impactful this year, as the Americans, who won the first Nations League title, will have limited leeway to schedule non-Concacaf opponents who might help prepare them for the World Cup.

Before playing El Salvador (ranked 74th in the world) and Grenada (170th)—the schedule is expected this week—the U.S. likely will be home for two friendlies. One of those two non-Concacaf opponents might be Uruguay. According to ESPN, AUF president Ignacio Alonso told Montevideo’s Radio 1010 on Monday that negotiations to play exhibitions against the U.S. and Mexico in June were “advanced.”

The U.S. will face World Cup rivals from Europe (England and the survivor of a playoff comprising Wales, Scotland and Ukraine) and Asia (Iran) in Qatar. Teams typically try to find pre-tournament friendly opponents who might be similar to those they’ll meet at the World Cup. Thirteenth-ranked Uruguay doesn’t fit that bill, but they’re apparently available, definitely talented and would provide a different sort of test.

“We’re looking to play the confederations that we haven’t played yet,” U.S. coach Gregg Berhalter said last week about planning for the June and September windows. “We’ve played only Qatar from Asia [at last year’s Gold Cup], and that’s something we want to play against as well, and then potentially South America and Europe. And just continue to get experience with different styles of play, different ways to approach the game and just see different opponents as we prepare for the World Cup.”

But local responsibilities come first, so Berhalter will use the Nations League games to maintain his team’s burgeoning chemistry while getting a look at players he’ll be considering for the back end of his World Cup squad. The two-week June window will be the longest period the U.S. has together before playing its World Cup opener on Nov. 21. The September FIFA break is 7-8 days, and European clubs will be required to release their players only a week before the Americans face Wales, Scotland or Ukraine in Al Rayyan, Qatar.

The 2022-23 Nations League will conclude following the World Cup. The U.S. will face El Salvador and Grenada again in March. El Salvador has been a familiar opponent and provided a memorable test in September’s Octagonal opener in San Salvador, where the Americans got an eye-opening introduction to the frenzy of qualifying on the road. That game ended 0–0. Conversely, the U.S. has faced Grenada only three times—twice in an early round of qualifying for the 2006 World Cup and then at the 2009 Gold Cup.

If the Americans end up in first place after four Nations League matches, they’ll qualify for the competitions’s final four next June (two one-game semifinals followed by the final). If the U.S. finishes third, it’ll be relegated to League B for the subsequent edition and forced to negotiate a playoff against countries from League B and C to confirm its 2023 Gold Cup place.

Last June’s postponed conclusion to the inaugural Nations League helped elevate the profile of the new event somewhat, as the U.S. and Mexico contested an epic, back-and-forth decider in Denver that the Americans clinched in extra time. That was an important moment for an inexperienced squad that was searching for Concacaf seasoning and a foundation of belief against El Tri, which had been enjoying the better of the rivalry. The U.S. went on to beat the Mexicans again in the Gold Cup final and then go 1-0-1 against them in World Cup qualifying.

If the Nations League is about development, then its timing was convenient in 2019-21. It’s a bit more complicated this year. The U.S. doesn’t have a ton to gain playing the same regional teams repeatedly, or the 170th-ranked side in the world. Midfield anchor and frequent captain Tyler Adams spoke Friday about the value of seeing new faces on the field.

“We’ve had a few opportunities to play some teams that are not from Concacaf, but I think most of them were not under Gregg. So I think we had the opportunity under [interim predecessor] Dave Sarachan to play the likes of France, Ireland—a couple more of those games, like Paraguay,” Adams said, recalling matches played in 2018.

The Americans will have played just two non-Concacaf teams in the 12 months preceding its Nations League dates. But in Concacaf’s defense, June friendlies against European teams will be difficult or impossible to secure because of UEFA’s Nations League schedule. Asia has some of its teams involved in qualifying for the 2023 Asian Cup. The U.S. might prefer different opponents, but there’s no guarantee they’re out there.

“It’s always nice when you can have a little bit of a change-up and have different competition and don’t really know what to expect and don’t really have too much to prepare on them,” Adams added. “For Concacaf, we’ve been preparing over and over for the same teams and we’ve played a lot of the same teams three or four times now in the past two-year cycle. It will be a nice change of scenery to play different opponents, different types of players, and sort of have that preparation pre-World Cup.”

But the Nations League comes with the territory. It’s an obligation to which the likes of the U.S. and Mexico must commit in order to develop soccer in the region. It’s a tournament about building for the long term, but it now comes with a short-term wrinkle. So Berhalter and his staff will have to find the best way to use matches against El Salvador and Grenada to prepare for their sport’s biggest stage.