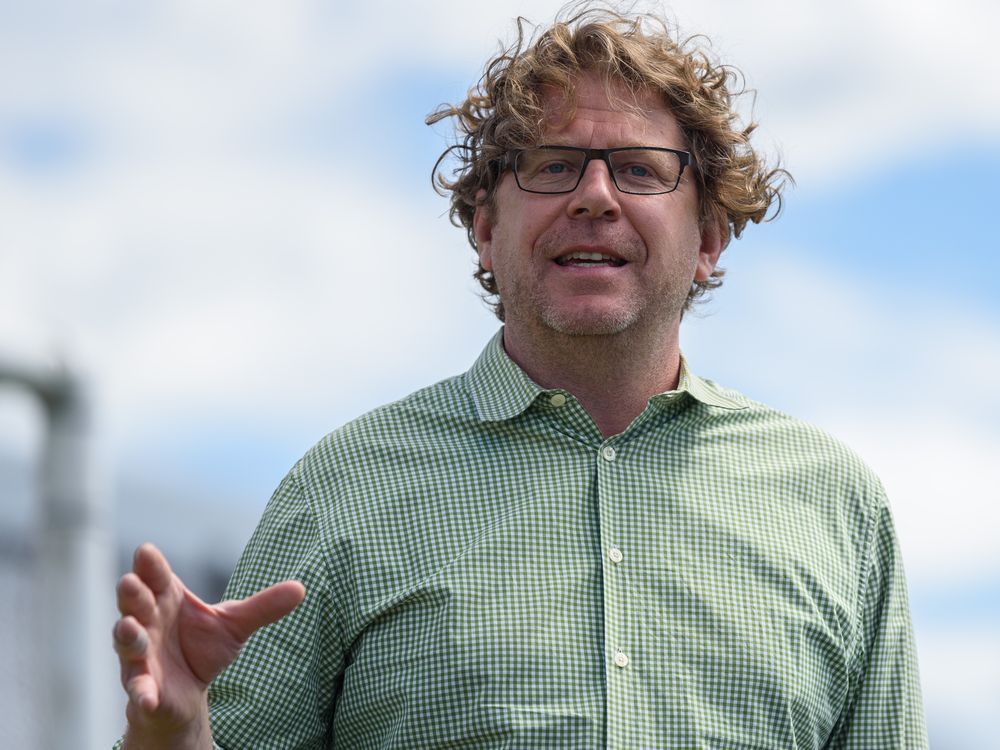 Calgary Coun. Gian-Carlo Carra alleges he was assaulted by a driver who nearly hit him when he was crossing a street as a pedestrian earlier this month.

In a statement posted to social media Tuesday, Carra detailed his side of the incident now under police investigation.

The Ward 9 councillor stepped back from his role on the Calgary Police Commission while he is under investigation. The Edmonton Police Service is leading the investigation.

Carra alleged he was walking on a crosswalk with his dog Izzy in Calgary on April 2 when a driver ran through a stop sign and nearly hit him.

“I had to pull Izzy out from under the wheels by her leash. They were so close I was able to tap the bumper with my foot as they sped by,” Carra said.

“The driver then stopped, reversed back to me, and the two occupants left their vehicle and began verbally accosting me.”

As this matter is under investigation, it is highly irregular to have information shared publicly at this point in time. To clarify the situation to the extent it’s prudent to do so, here is my statement: pic.twitter.com/RLMBpmKSOa

Carra said he “stood (his) ground” and that situation escalated to the driver physically assaulting him. “I defended myself from the assault as best I could in the moment,” Carra wrote.

Calgary police have not confirmed any details from Carra’s statement. Police confirmed Monday they were aware of a recent incident between an elected official and a member of the public, but did not comment on the nature of the incident.

A police constable attended the scene at the time and took statements from Carra and both occupants of the vehicle, Carra said. He added he had been told an investigation was underway but only learned Edmonton police were asked to investigate the incident through media reports Monday.

Calgary police reached out to Edmonton police to investigate and in a statement, Edmonton police said they received the referral but would not provide any more details at this time since the investigation is in its infancy.

On Monday, the police commission said Carra’s position is being held for him but he will not be able to participate in any meetings or access any confidential commission information until the situation is resolved. Carra said he supported that measure.

“I believe it’s completely appropriate that I recuse myself from Commission until this matter is resolved,” he wrote.

Calgary Mayor Jyoti Gondek told reporters Tuesday that she would not comment on the active investigation.

“I’m sure we will have more discussion about this over the next few days,” said Gondek.

Council has the authority to appoint two people to the police commission from either council or city administration, the mayor explained.

“We have options before us at council,” she said. “My opinion with police commission is that we have a strong commission who is doing some very heavy work right now. Should it be noted by commission or by council that we need to replace the position, we will certainly do that. That’s not up to me to decide independently.”

“I consider everyone innocent until proven guilty, but if there’s an active investigation underway then I think it’s the right thing to do to step aside and let somebody else take over those responsibilities until the matter is resolved,” Chabot said.

“I do think we should have two active members on police commission.”