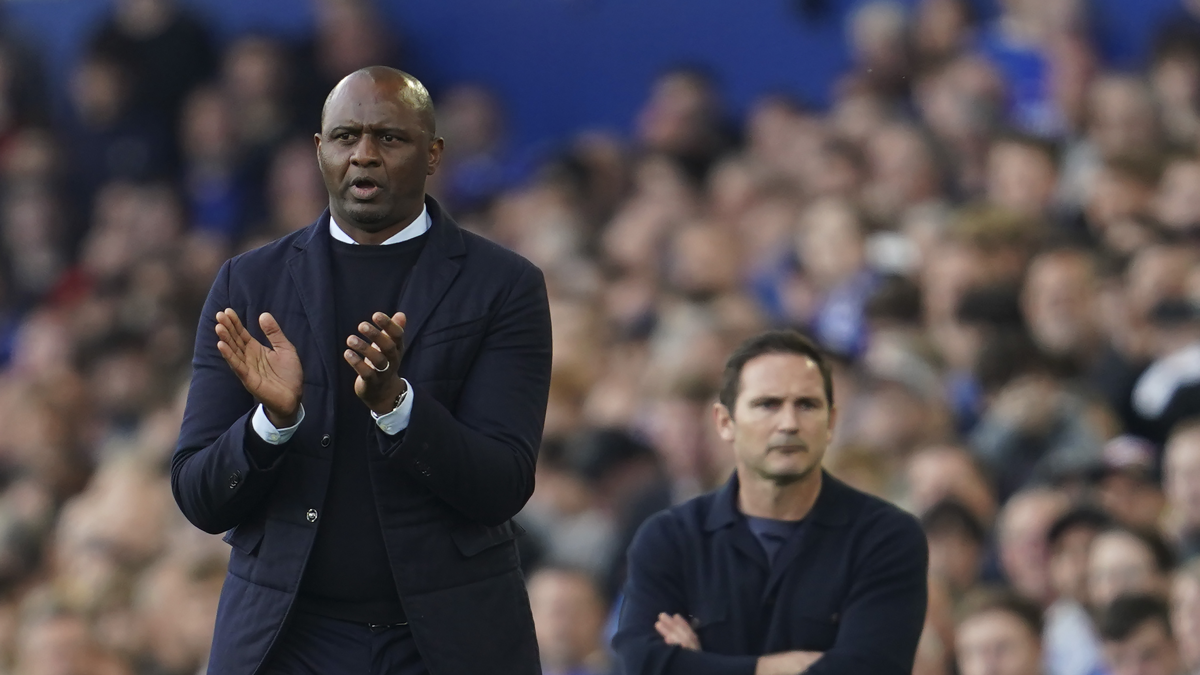 The video showed Vieira on the pitch being taunted by a male supporter. Vieira, in return, turned around and appeared to kick the man, who then fell to the ground.

When asked about the altercation after the match, Vieira did not go into detail, per The Athletic. “I do not have anything to say about that,” he said.

Vieira, in first season at Crystal Palace, has led his squad to the 13th spot in the league table. The Premier League legend spent nine years of his playing career with Arsenal, where he made 279 appearances.

Crystal Palace jumped out to an early 2–0 lead due to goals from Jean-Philippe Mateta and Jordan Ayew. But a second-half surge from Everton led to a remarkable comeback win for the Toffees that secured their spot in the Premier League next season after battling relegation all year. Everton fans proceeded to storm the pitch, leading to the incident with Vieira.