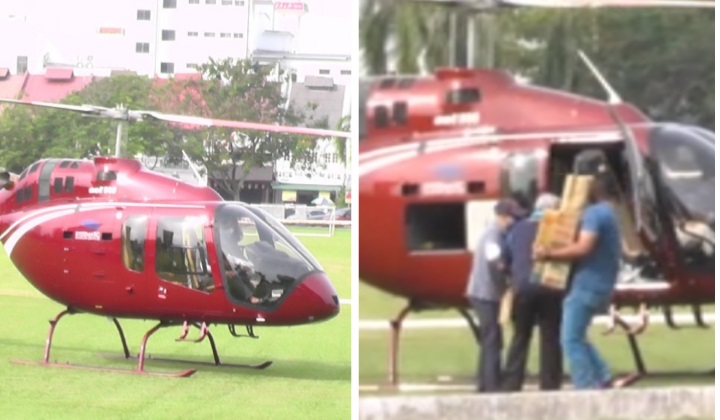 The pilot who made headlines for landing a helicopter at the Padang Ipoh to pick up orders of ‘nasi ganja’ in July last year was charged with violating civil aviation rules by deviating from the submitted flight plan.

Datuk Raffe K Chekku, 53, who is also the managing director of one of the highway concessionaires in the Klang Valley, pleaded not guilty to the charge.

According to the charge that was read out before magistrate Jesseca Daimis, Raffe allegedly landed the aircraft that he flew in at the padang instead of the aerodrome specified in the flight plan.

His case is set for mention on 29 June.

He was allowed bail of RM5,000 with one surety.

If found guilty, Raffe faces a fine of RM50,000 or a prison sentence of up to three years, or both.

He was purportedly craved the popular nasi ganja of Ipoh before deciding to make the trip down to the northern state to get his curry fix by flying a helicopter from the Klang Valley.

It was reported that he picked up 36 packs of nasi ganja – packed with chicken, meat and salted eggs – to bring which he ordered prior to flying down to Perak.

Based on initial investigations, the helicopter had departed at 9.08am from the Sultan Abdul Aziz Shah Airport in Subang for Ipoh and had returned to Subang at 11.02am on the same day.