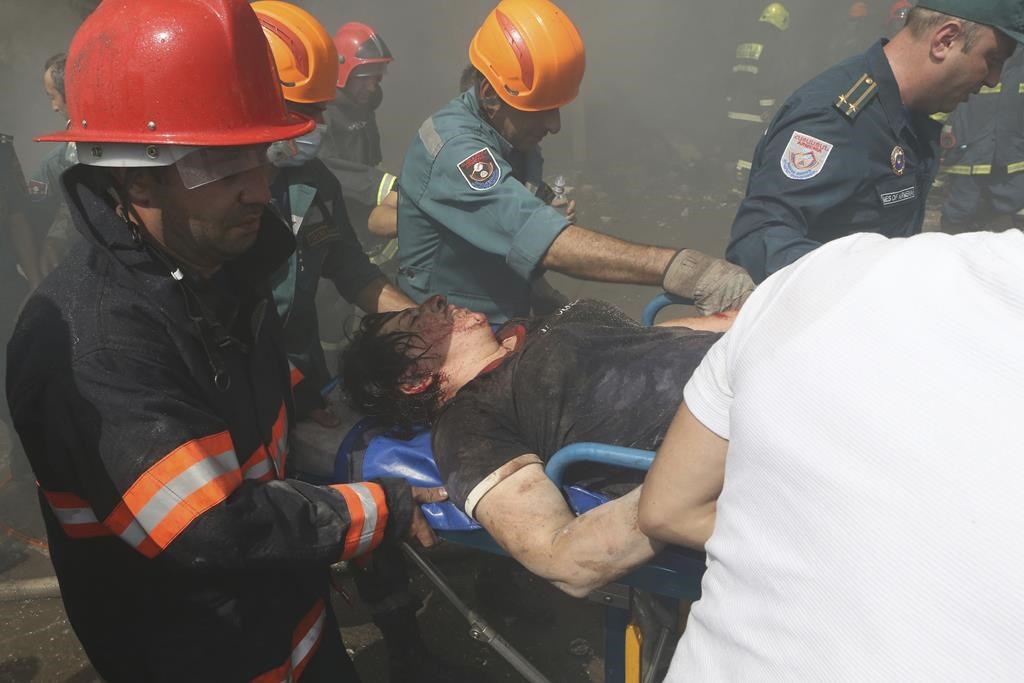 YEREVAN, Armenia (AP) — The death toll in a fireworks storage explosion in Armenia’s capital has risen to six, officials said Monday, as rescuers combed through wreckage hunting for victims.

A powerful blast tore through a fireworks depot at a popular market in Armenia’s capital on Sunday, setting off a massive fire that sent a towering column of thick smoke over the center of Yerevan.

Officials initially said two people were killed, but the death toll has kept climbing as rescuers search for victims amid slabs of concrete and twisted metal. Another 18 people remain missing and at least 61 people were injured.

The market, located 2 kilometers (over a mile) south of the city center, is popular for its low prices and variety of goods.

There was no immediate word on what caused the fireworks to ignite, but officials ruled out a terror attack.