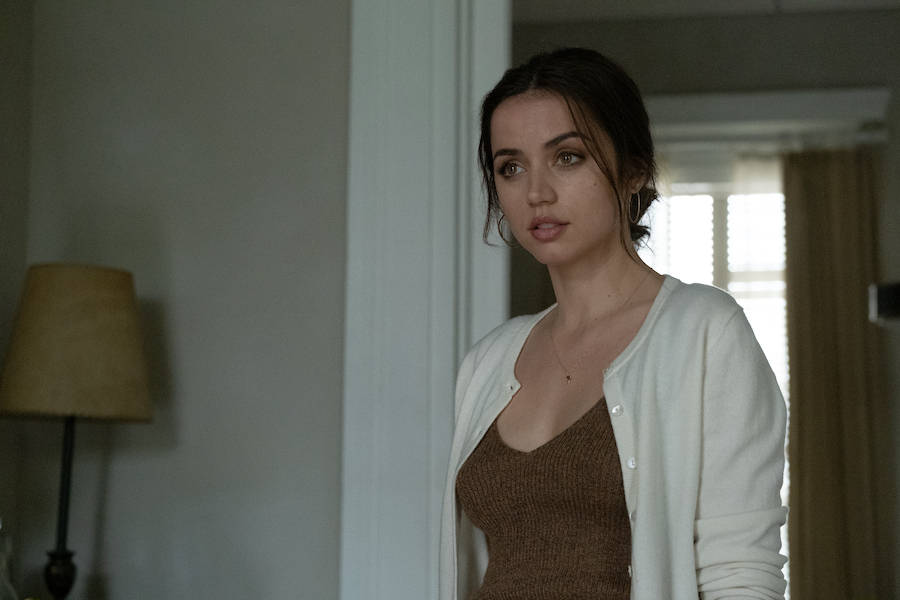 This week’s releases from Deep Water to X pack in the horror, thrills and sex

The first is the wedded couple portrayed by Ben Affleck and Ana de Armas who famously hooked up in real life while shooting. They play a modern day take on Vic and Melinda, the couple from Patricia Highsmith’s 1957 novel. Theirs is a sad, toxic and (in the screen version at least) confused relationship. She flaunts her affairs. He grins and bears it; or so it seems while a body count of her former lovers begins to stack up.

What could have been is perhaps undone by the other bad marriage between Lyne – once a glossy purveyor of steamy thrillers like 9 ½ Weeks, Fatal Attraction and Indecent Proposal – and Disney.

The uptight family brand inherited Deep Water when they took over 20th Century Fox In 2019. We could only imagine the corporate meddling, evidenced by Deep Water’s messy stitched together feel and a misplaced timidity around sex and intimacy, along with the numerous delays and finally an unceremonious dump to streaming, as Amazon takes custody of the movie in Canada. 93 min. Now streaming on Amazon Prime Video Canada. NN

I approach every horror movie associated with boutique distributor A24 with some trepidation.

Following Robert Eggers effectively chilling The Witch, A24 has aligned itself with that what we regularly refer to as “elevated horror,” which tends to be self-flagellation in genre form.

Think of movies like It Comes At Night or Hereditary that hold their nose up high to basic grisly thrills and surface pleasures, instead peddling emotionally overwrought dramas about trauma with restrained thrills and aesthetics ripped from Stanley Kubrick or Nicolas Roeg. X is thankfully not that at all. Instead, it’s the rare recent horror movie that remembers the genre is at its best when it’s fun, depraved and undercover smart.

The House Of The Devil director West sets his latest in 1979, following amateur pornographers who (ironically) are trying to elevate the genre, learning a little from French filmmakers while keeping what people come to see (or see to come) top of mind. West too is given to lovely visuals that are playful with framing or find interesting ways to be both alluring and scary, before making way for the bodily hacking and other grotesqueries.

X is less satisfying when the stomach-turning slaughter begins. At that point, the movie has a harder time playing against expectations and finding the right balance between gore and humour. And the killer granny spoils some of the fun by narrating the themes of sexual repression, spelling out the subtext as if she watched one too many “elevated horror” movies. 105 min. Now playing in theatres. NNN

Another movie debuting this week that actually falls within the “elevated horror” category stars Regina Hall, who is probably most famous for her genius role in the Scary Movie franchise. Master casts Hall in a serious light, or rather the oppressively brooding shadow of all the self-serious horror movies that came before.

She plays Gail, the rare Black professor at a prestigious University. You can easily predict in the post Get Out-era that Gail along with the only Black freshman (Zoe Renee) will face constant microaggressions from supposed allies and haunting visions of racist ghosts and maggots. The characters don’t get to define themselves much beyond what’s frightening/oppressing them.

Master is perfectly serviceable, no better nor worse than recent horror fare dwelling on trauma like The Lodge or His House. But it also feels hollow, following trending conversations rather than adding to it and playing it by the numbers in completely unsurprising ways, save for a last minute twist that begs for more exploration. 93 min. Now streaming on Amazon Prime Video Canada. NNN

Jesse Plemons is fabulous as an abrasive and obnoxiously wealthy tech bro, the latest role on his wildly varied resume that has me convinced he’s the next Philip Seymour Hoffman. Too bad Windfall can barely support his performance.

McDowell’s sporadically clever but mostly hollow home invasion thriller was written and shot during the pandemic evidently to fill the time and space. The space is a massive Ojai, California estate, which was selected before the movie was concocted, serving as its sole location. It plays vacation home to Plemons’ CEO and his wife (Lily Collins), who arrive to find a robber (Jason Segel) with a chip on his shoulder who takes them hostage.

None of the characters have names, and I wouldn’t remember them if they did considering how much of an impression everyone but Plemons makes. Segel does his mopey nice guy routine. Collins keeps things restrained. They play into a script that wants to drive the point home that everyone surrounding people like Plemons’ character are made to feel like nobodies, which isn’t enough of an idea to sustain a movie, and wastes a premise that could have been bristling with sexual tension and a far more thoughtful take on class and capitalism. 92 min. Now streaming on Netflix Canada. NN