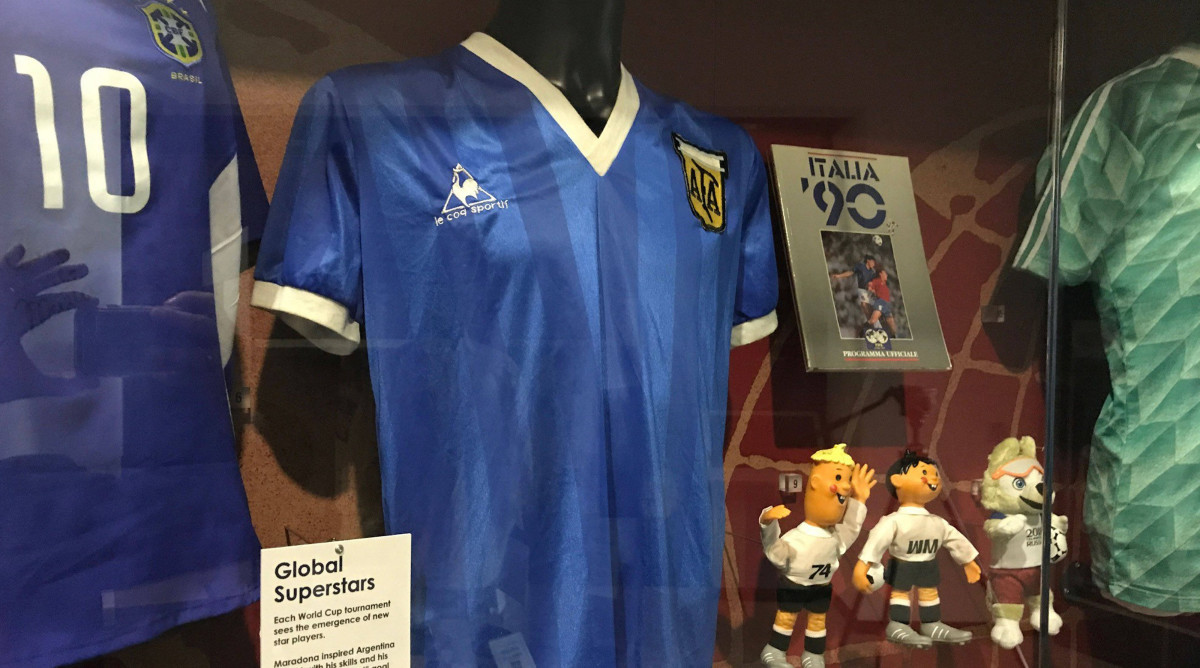 Diego Maradona’s shirt from his infamous “Hand of God” match in the 1986 World Cup has set the record for the most expensive game-worn jersey of all time.

The Le Coq Sportif Argentina jersey sold for £7.1 million ($8.9 million) at an auction conducted by Sotheby’s, which broke the mark set in 2019 by a Babe Ruth Yankees jersey.

Maradona’s “Hand of God” goal, in which he reached up with his hand above his head and directed the ball into the goal, opened the scoring for Argentina in a controversial 2–1 victory over England in the World Cup quarterfinals.

But his second goal, a majestic run to goal that started at midfield and weaved through the England defense, was voted as the “Goal of the Century” in a FIFA poll. Maradona and Argentina would end up winning the 1986 World Cup.

While information on the buyer has yet to be released, the jersey was put up for auction by former England midfielder Steve Hodge, who swapped shirts with Maradona after the game.

“After the interview, I went down, behind the goal, to the changing rooms,” Hodge said in a television interview, per Sotheby’s. “… As I went down, Maradona was walking with two of his teammates. I looked him in the eye, tugged on my shirt as if to say, ’Any chance of swapping?’ And he came straight across, motioned a prayer, and we exchanged shirts. And that was it. It was just as simple as that.”

“… Sotheby’s worked with Resolution Photomatching in order to match the shirt to both goals examining unique details on various elements of the item, including the patch, stripes, and numbering,” Sotheby’s said in a statement.

Along with securing the Golden Boot at the 1986 World Cup, the Argentine forward also won the Ballon d’Or that year. He died in November 2020 at the age of 60.