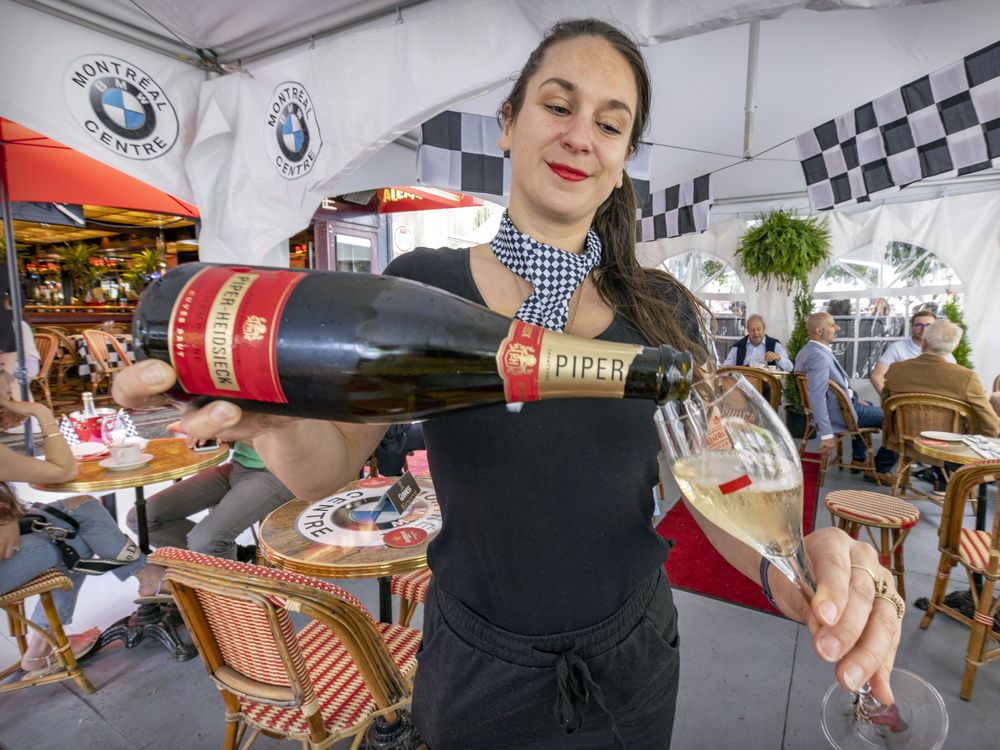 Hotel room rates are averaging $500 per night and they’re all booked. Restaurants have ordered the good champagne.

Welcome to the first Canadian Grand Prix to be held since the pandemic first hit, with a heavy focus on the word ‘prix’ as the prices of everything are a lot higher than the last time the F1 rolled into town in 2019. Back then, the word ‘coronavirus’ would have been associated with drinking too much Mexican beer.

No one is shedding many tears for the millionaire and billionaire team owners, but soaring gas prices and airline fares also don’t seem to have dampened the hordes of tourists from the U.S. and Europe who are back in record numbers.

“It’s even better than it was in 2019,” said Yves Lalumière, president and CEO of Tourisme Montréal. “I don’t think we ever saw our hotels sell out this quickly, with an average price that’s even higher than 2019.”

He estimates roughly 150,000 people will be visiting the city between Thursday and Monday.

On Wednesday, curious tourists were checking out the terrasses and kiosks being set up on pedestrian-only streets including Crescent and Peel. But the main celebrations begin Thursday and will last until Sunday afternoon. Thursday’s weather is expected to be rainy and hot, with a high of 29 C, but should improve over the weekend. The forecast calls for showers expected on Friday and clear skies and highs in the low 20s on Saturday and Sunday, according to Environment Canada.

Lalumière said Montreal is lucky to host the event.

“This is the biggest event in Canada,” he said. “It’s bigger than the (Toronto International Film Festival) or the (Calgary) Stampede.

“You can feel it already downtown, and this weekend it’s going to go crazy, but a fun crazy.”

The return of the race is especially sweet for Le Germain hotel on Mansfield St., which is hosting its first Grand Prix since it closed for major renovations in 2018, reopening a few months before the pandemic. It’s the first time the hotel has sold out for a weekend since the pandemic began.

“With all we have been through over the last four years, to see the hotel come to life is incredible,” general manager Jacques-Alexandre Paquet said. “We will have a VIP cocktail on Friday night to welcome everyone and meet them all. Because everyone is here for the grand prix, it’s easy to build events around it, and it’s really fun.”

Paquet confessed the hotel wasn’t fully sold out. As of Wednesday, there was still one room up for grabs: the apartment suite at $5,000 per night, with a minimum four-night stay.

“If no one books it, we’ll upgrade a guest to really make their weekend but I think it will be reserved,” he said.

In fact, the city’s whole hotel industry is seeing a boom in reservations for the event, said Jean-Sébastien Boudreault, the president and director general of Association des hôtels du Grand Montréal.

“The occupancy rate is between 95 and 97 per cent, especially downtown, but also near the airport,” Boudreault said. “If you’re looking to book a room, I heard there are still some available on Thursday or Friday, but Saturday and Sunday, most hotels are completely full.”

He said it’s a welcome change after the industry saw occupancy rates around five per cent during several months of the pandemic.

“Grand Prix is always a good weekend, and when they announced that it was coming back after two years, people went ballistic; they sold out in record time, and the hotels started booking up very soon after that,” he said.

However, the labour shortage and inflation are taking tolls on the industry, with hotels missing 15 to 20 per cent of their full complement of staff.

Boudreault said that shortage will mean lots of overtime hours for employees in the next few days, and managers filling in for the posts that are vacant.

“People are going all in for the weekend,” he said. “For sure on Monday, people will be very tired.”

The labour shortage is also affecting restaurant owners, who are expecting their biggest weekend of the year.

“It is really the No. 1 concern, because not being able to take full advantage on a weekend like this when we know customers will be there can be a tough pill to swallow,” said Martin Vézina, spokesperson for the Association restauration Québec. “It’s usually the best weekend of the year, because you get a lot of customers, and they are ready to spend.”

On Peel St., which is closed from de Maisonneuve to René-Lévesque Blvds., Chez Alexandre et Fils owner Alain Creton received permission from the city this week to open up a third tent, which will serve as a VIP champagne bar.

“Usually at the bar, we will serve about 10 bottles a day, and now we’re expecting to serve 40 to 50 per day,” Creton said. “I tell people if they want to reserve on the terrasse, they have to have at least one bottle of champagne, and they didn’t say yes once, they said yes two or three times. With the extra tent, we can now have 70 more people, so we’re very pleased the city gave us the authorization for that.”

He said he ordered extra champagne for the event, and not the cheap stuff: Piper Heidsieck Brut.

“Money is no object (for the Grand Prix crowd),” he said. “This year, people have saved money for two years, so they really want to please their guests that they bring to the restaurant.”

Server Julie Turcotte said the crowds will start to overwhelm the area on Thursday night, and stay for the duration of the weekend.

“It’s the weekend that we look forward to all year,” she said. “It’s a big party with champagne flowing continuously. It’s really special. It’s a lot of work, but a lot of fun, too. We see a lot of faces coming back every year, and it’s very nice to see them all.”