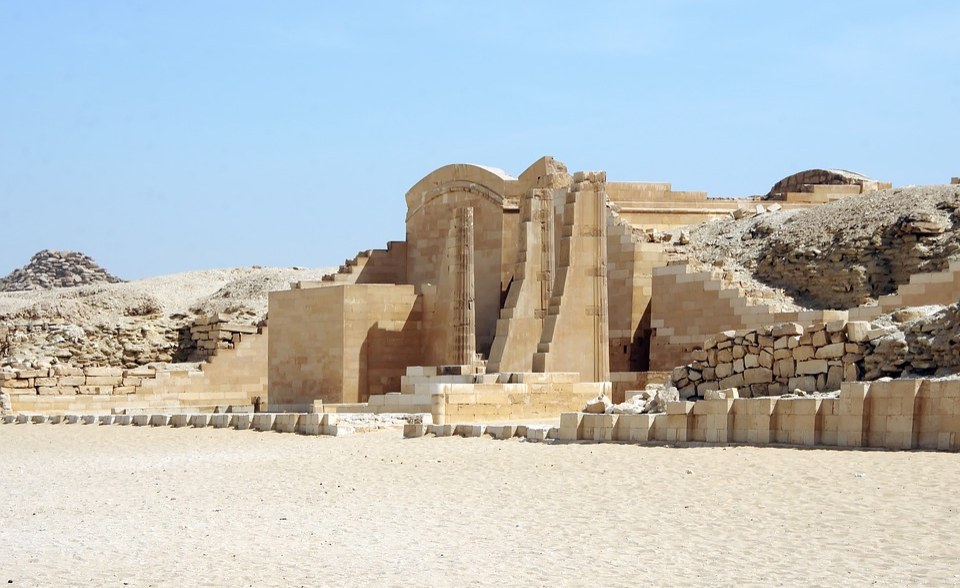 Egyptian officials said five “well-painted, well-decorated” tombs were found at the foot of the Djoser Pyramid near Cairo, complete with small statues and pottery.

Egypt’s Ministry of Tourism and Antiquities presented its recent discoveries on Saturday which include five tombs belonging to a pharaonic necropolis complex at Saqqara, just outside the capital Cairo.

The tombs, which are believed to have housed senior officials from the Old Kingdom and First Intermediate period of ancient Egypt, date back to as long ago as 2700 BC.

Excavations began in September and the most recently discovered tombs were unearthed last month.

“All of those five tombs are well-painted, well-decorated,” Mostafa Waziri, head of the Supreme Council of Antiquities, told reporters. “Excavations did not stop. We are planning to continue our excavations. We believe that we can find more tombs in this area.”

Found in the ancient capital of Memphis

Archaeologists found not only well-preserved paintings, but also small statues and pottery as well as stone and wooden coffins.

The area where the tombs were discovered is rich with ancient Egyptian history. The necropolis is close to the step pyramid of Djoser and not far from the pyramid of King Menrenre I.

It is the location of the ancient capital of Memphis which also includes the famous Giza pyramids. UNESCO designated the array of ruins a World Heritage Site in the 1970s.

The area has provided a plethora of ancient discoveries in recent years.

The pyramids and Egypt’s ancient history are a big draw for tourists and so play an important role in the north African country’s economy.

The political turmoil and violence that began with the ousting of former autocratic leader Hosni Mubarak in 2011 have taken a toll on the tourism sector.

The coronavirus pandemic also brought this to a halt, but just as things began to improve, the Russian invasion of Ukraine struck the country with another blow.

Russia and Ukraine are both key sources of tourists to Egypt. The country’s 100-million strong population is also vulnerable to unstable food prices which have only become worse during the conflict.