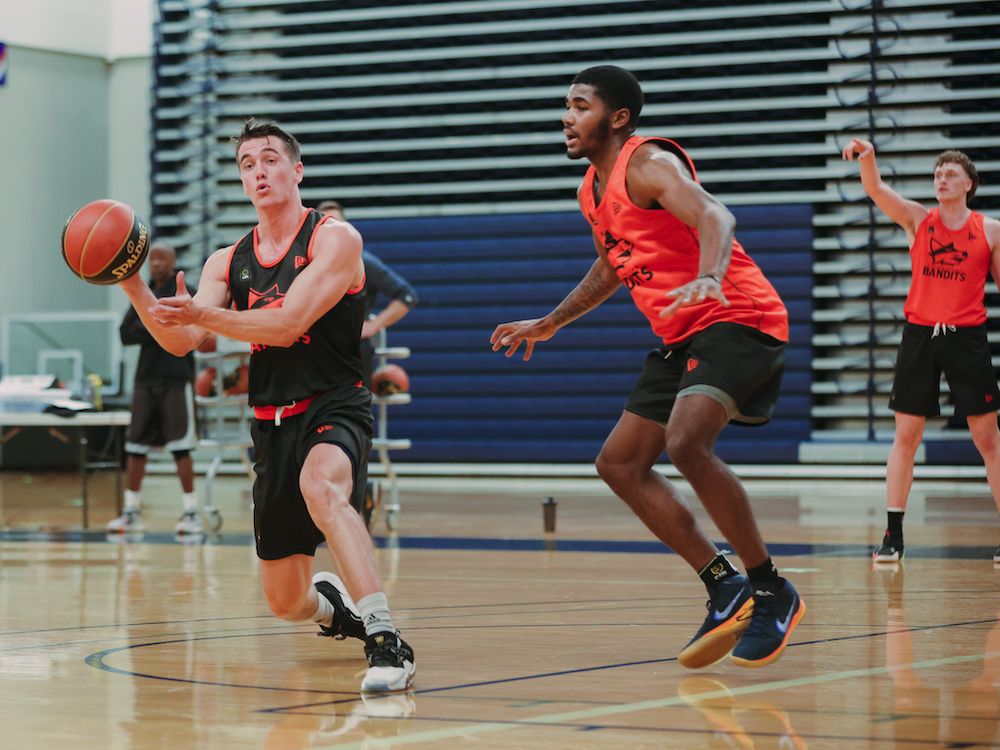 It wasn’t just a road less travelled, it wasn’t a road at all.

The path to the pros for basketball players in Canada was once non-existent domestically. There was the National Basketball League of Canada, but it lacked vision and efficacy (and has since shrunk to four teams that play cross-border games) and led team owner Richard Petko to found the Canadian Elite Basketball League.

Now, the CEBL is entering its fourth season. Two of its players — Xavier Moon and Lindell Wigginton — were poached by NBA teams last year, and the summer league is now a destination for European-based Canadian pros who would otherwise be off. And with the league’s newly instituted international player rule, it will be a new stop for non-North American pros as well.

For the Fraser Valley Bandits, that player is guard Kyle Adnam, who has spent the last two seasons playing in Australia’s NBL, captaining the South East Melbourne Phoenix.

The Aussie league, which was formed 43 years ago, only recently started in scope and attention. Since 2016, the NBL has set attendance records each year, and thrust itself into the international spotlight when NBA lottery picks LaMelo Ball and R.J. Hampton chose to play there before the NBA.

This is Adnam’s first league outside of Australia and New Zealand, but from discussions with those who have played in it and his brief experience with his new team, he sees parallels between the two basketball associations.

“It’s similar to Australia if you look back 10 years, eight years, and the way the game has grown there,” he said. “I think this league is definitely gonna follow. So I’m excited to be part of that.”

While not quite the equivalent of a PR move like Manute Bol playing hockey for the Indianapolis Ice, the CEBL made a social media splash Thursday when the Scarborough Storm signed Jermaine Cole — better known by his stage name, J. Cole. The Grammy award-winning rapper made the cover of Slam! Magazine last year after making his pro debut for the Patriots Basketball Club in the Basketball Africa League, but it’s fair to say he’s a far better musical artist than basketball player.

The Bandits are also looking to step up in their own exposure and profile, and the move to the Langley Events Centre this year is part of that. The Bandits didn’t make the playoffs in their first season, but played in the title game the following year and in the semifinals last season.

At least 70 per cent of the roster must be Canadian, but the team also makes sure to include local talent. Guard Ty Rowell, who won a provincial title with Walnut Grove before going on to an NCAA career, has signed with the team. Semiahmoo grad Adam Paige is back for another season as a power forward, and Tamanawis alums Sukhman Sandhu and Sukhjot Bains signed with the club earlier this month.

University of Victoria grad Chris McLaughlin, who played for FV in their inaugural season, returns to the fold, while Vancouver Island University guard and CCAA player-of-the-year Usama Zaid makes his first CEBL appearance.

“We’ve got experience. We’ve got some (returning) Bandits guys — Alex (Campbell) and Malcolm (Duvivier), for example — and that continuity has made things comfortable,” said head coach Mike Taylor, who most recently ran the Polish team.

“But what I like about our team is the complementary parts. I like the balance. I like the experience, and I like the character. You know, Kyle (Julius) has done such a good job of bringing in players in the past that have been about team and toughness, and we want to try to build that foundation. And I think we’ve got the guys here that can do that.”

The Bandits also have the benefit of some NBA advice from North Vancouver native Rob Sacre, who’s been part of the team’s front office since the start of last season. Sacre is one of the few B.C.-born players to make the NBA, and can bring charisma and connections.

“An electrifying game, man. We’re just gonna bring it all,” he said when asked what the team will look like this season. “I think the fans need to be excited, and we’re going to bring some excitement on the court. From the coaching staff to the players, everybody’s super-positive. They’re super-energetic. They look like they want to be here. And that’s the key, right?

“This is our game. This is why we’re here. We want to be here. I’m super-excited to see the energy that comes into the gym and I think it’s going to be a positive season.”

Thursday, July 28, at Scarborough | 4:30 p.m. at Goldring Centre at University of Toronto.

All CEBL regular-season games will be livestreamed on the free CBC Gem streaming service, cbcsports.ca, the CBC Sports app for iOS and Android devices and CEBL+.