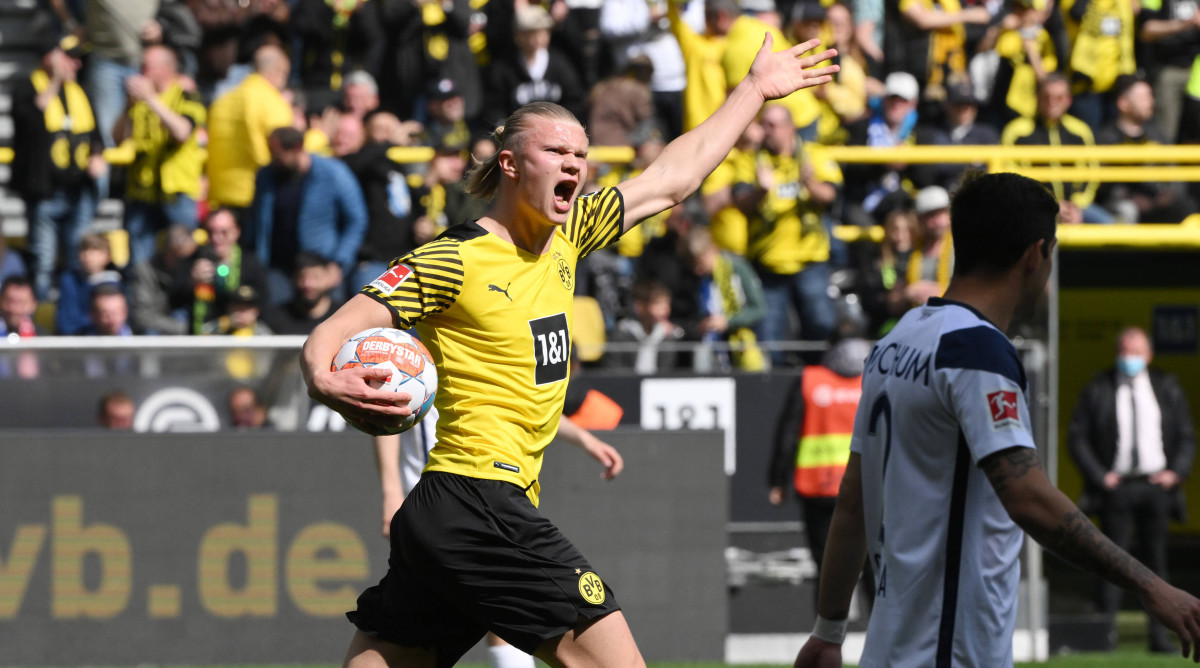 Erling Haaland’s rumored summer transfer to Manchester City is reportedly a “done deal,” according to The Athletic’s David Ornstein.

Per Ornstein, an official announcement on the move is expected this week once City formally gives notice to Borussia Dortmund that it will trigger the forward’s €75 million ($79.2 million) release clause. Last month, Haaland and City reportedly agreed on a contract, paving the way for a move.

According to the BBC, Man City does not yet want to confirm the deal, although “virtually all parts” of the transfer have reportedly been agreed upon. The outlet said that despite the death of Haaland’s agent, Mino Raiola, last week, Raiola’s associates have carried out the final terms of the agreement.

The Norwegian international, who will turn 22 this summer, has scored 85 goals in 88 appearances since arriving at Dortmund in January 2020. Despite being plagued by multiple injuries, Haaland has still scored 36 goals in 34 games for club and country this season.

Paris Saint-Germain, Manchester United, Chelsea, Real Madrid and Barcelona were among the other suitors reportedly working to sign the striker. But in the end, the Leeds-born striker appears to have decided upon his father’s former team in Man City.

Earlier this year, The Times reported that Haaland’s representatives held talks with City over a wage package worth more than £500,000-a-week. German outlet Bild also claimed that Haaland’s father, Alf-Inge Haaland, is expected to collect a €30 million commission fee on a purported transfer, while the agent’s commission is set for roughly €40 million.