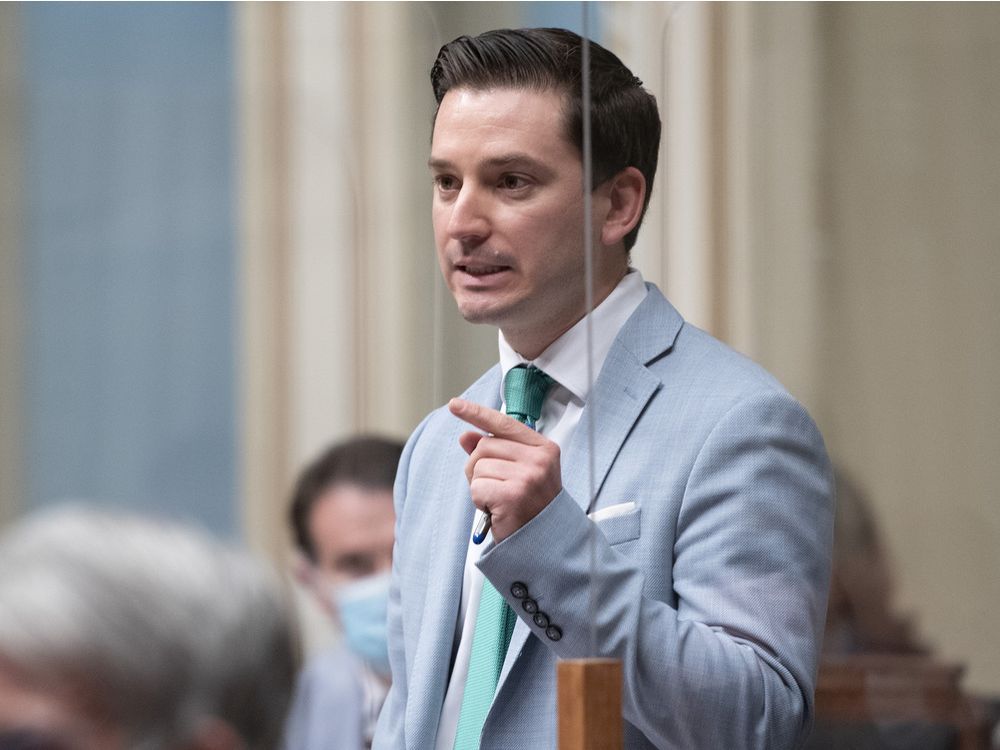 Mere months before the National Assembly’s spring recess, opposition parties say Bill 2, the CAQ’s attempt to reform family law in the province, looks set to die on paper at the end of the government’s mandate.

They blame Justice Minister Simon Jolin-Barrette’s “erratic” way of managing parliamentary work, and say the adoption of such a vast reform by June 10 — when parliamentary proceedings will end — is practically impossible.

An amendment to the Civil Code, Bill 2 aims to update family law frozen in time since the early 1980s to reflect evolving customs. The bill spans 116 pages and includes 360 articles — requiring months of committee work. Clause-by-clause consideration has not yet begun, and also isn’t on the schedule.

The minister would have at best about four weeks to have the reform adopted, which some elected officials consider too little, too late.

“The extent of the social implications of this bill is such that we cannot study it properly, even going quickly, in four weeks,” said Gaétan Barrette, the spokesperson for the official Liberal opposition on justice.

It would be completely “impossible to make it” by the end of the session, added PQ spokesperson Véronique Hivon, who didn’t shy away from expressing her “complete frustration” at the way Jolin-Barrette handled the file.

“If he is not able to do it because he is overwhelmed, let’s change ministers. Let him pass the puck to someone else by the end of the legislature,” said Québec solidaire’s Alexandre Leduc, who is convinced Jolin-Barrette has already dropped this reform to focus Bill 96.

“I assume he gave up,” Leduc said, but did not have “the courage” to announce it.

The opposition criticizes Jolin-Barrette for having waited until the end of his mandate to table two major reform projects, thus practically forcing himself to have to sacrifice one. If ever the minister were tempted to impose a gag order to have this reform adopted at all costs, the three opposition parties are warning him that won’t work.

“It would really be the height of arrogance,” according to Barrette, who said he’d consider such a gesture by the government “intellectually dishonest.”

“We’re not going to get through this before the end of June and it’s not true that we’re going to decide to stop asking questions and doing our job,” especially considering the large number of social issues involved, Leduc said.

He added that Jolin-Barrette did not prioritize this bill: It was tabled on Oct. 21, 2021, followed by a brief consultation — then nothing.

Jolin-Barrette, who did not respond to an interview request, maintains he still plans to have the reform adopted by the end of this legislature.

The Liberal opposition offered to split the bulky bill so at least some of it could pass by June, but the government refused.

Jolin-Barrette had no choice but to legislate on the issue of gender following a January 2021 Superior Court judgment that deemed several articles of the Civil Code discriminatory, null and void.

According to the judgment, Quebec has to take steps to eliminate discrimination relating to the designation of gender in official documents: it should no longer force someone to identify as a man or a woman. It was also necessary to add a “parent” option on a child’s birth certificate as opposed to just “father” or “mother.”

Bill 2 first caused an outcry when it was tabled. LGBTQ+ activists accused the minister of transphobia because the bill stipulated that the sex on one’s birth certificate could only be changed after undergoing gender-affirming surgery. Many saw this as a step backwards, since the surgical requirement was officially abolished in 2013. Those who didn’t undergo surgery could have a separate “gender” field on their ID, which was criticized as a de facto outing of trans people as they would be the only ones with this field. The minister backed down and pledged to introduce amendments aimed at eliminating the requirement for gender-affirming surgery — but has yet to do so.

Bill 2 touches upon a host of other subjects, including the number of given names on official documents, information disclosed to adopted children, rights of children growing up in violent homes, as well as the right of a child born to a surrogate mother.