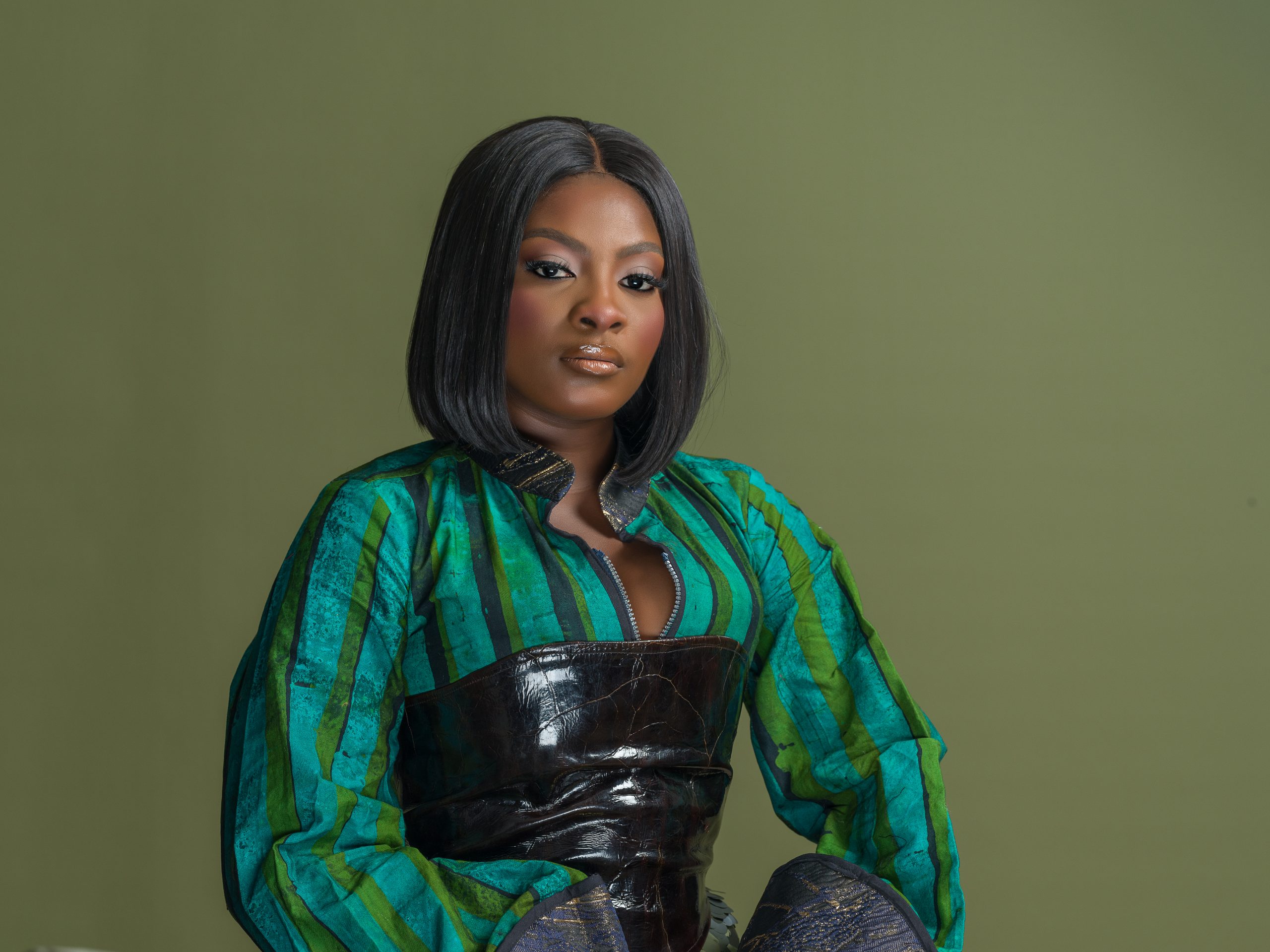 Esi Hammond didn’t realise she was filming Ghana’s first Showmax Original series until much later when the promotion for ENO began. “I asked myself if this is my breakthrough. Being a part of this project means a lot to me. It’s a blessing,” she says.

The young Ghanaian actress is one of the many new faces who are starting to make a mark in the Ghanaian film and TV industry, and after bagging her first leading role in a major production like TV series with ENO, there can only be better things to come.

This being her first leading role, and in such a monumental project like ENO, things can only get better for the the young Ghanaian actress who is one of the many new faces starting to make a mark in the Ghanaian film and TV industry

Directed by Shirley Frimpong-Manso, ENO, which recently premiered on Showmax, follows Abena Baafi (Gloria Osei-Sarfo), a single mother who is determined to meddle in her three daughters’ lives by steering them towards the path of rich suitors.

Hammond plays Safowaa, the stubborn second daughter of Abena. “She does not see eye to eye with her mum and always chastises her elder sister Akosua (Emelia Asiedu) for not sticking up for them,” Hammond says.

Safowaa is also very practical and doesn’t believe in love, Hammond says. “She believes in building her own business and making her own money. Fans should expect the bold Safowaa to make the right decisions throughout the series.”

This is the first time Hammond is working with director Shirley Frimpong-Manso, an experience which she describes as “surreal”. “Most actors are attracted to Shirley’s movies, which makes it a big deal. Personally, I’ve always wished and wanted to see myself inch closer to her space. How that happened I’ll say is by the Grace of God,” Hammond says.

Read more of what she had to say about her role, working with Shirley and her co-stars and more in the interview below.

What was going through your mind when you first learnt about this role, and got to read more about Safowaa?

When I was called to audition, I had mixed feelings as I was shy and nervous. I auditioned with some of the cast and the feeling of playing Safowaa alongside these great actors and being on the set of Shirley Frimpong-Manso was surreal. When I got the script I was more engrossed in finding out what happens next in every episode. I loved my character; she was amusing to me.

Now that you’ve been in production for a while, has ENO met your expectations?

Oh yes. It has met my expectations, from the shoot to the cast to the post production, to the teaser. Everything looked amazing.

No way. I don’t talk back to my mum. First of all, I am the first born and I like to stay in my business. Safowaa is everywhere. She’s practically in everyone’s business and acts like she’s the oldest.

How is this role different from any other roles you’ve played in the past?

Unlike Safowaa, most of the roles I’ve played so far have been those of a young naive girl who’s humble and obedient, going through struggles. Safowaa moved me out of my comfort zone.

How has it been to be directed by an award-winning filmmaker like Shirley Frimpong Manso?

I will say this has been one of the most challenging roles for me but challenge is good. Shirley knows her job; she doesn’t take unnecessary shots, she already has what she wants in mind and she goes for it. And as an actor, all you need to do is know your lines and craft so she can direct you the best way she can. I must say she got everyone to do their best.

How was it working with Gloria Osei-Sarfo as your mother?

Oh my, Gloria Osei Sarfo is one of the best. She came in prepared to give her best and she delivered. She made us feel at ease with her, directed us through some scenes during rehearsals and I loved her for that. We bonded so well, and it felt real. We even got used to calling each other by our character names. That’s a family right there.

What about working with Emelia Asiedu and Mariam Owusu-Poku, who play your sisters?

I came in as an actor in the later stage. I auditioned with Emelia who plays Tessa and we bonded right there, and so it was easier playing sisters with her. I met Mariam who plays Kendall on set, and the good thing is Safowaa and Kendall have multiple quarrels on the show, so bonding on set worked perfectly for us.

Yvonne Okoro is the one. She is a beautiful and talented actress. The way she transitions into every role given to her marvels me. Acting with her would be great.

What do you think fans will love more about the show?

Absolutely everything. ENO is relatable: a single mum with three daughters who always wants the best for them, rich in-laws to be precise. It is drama-packed and hilarious.

Catch Esi Hammond as Safowaa Baafi on ENO on Showmax, with new episodes every Thursday.