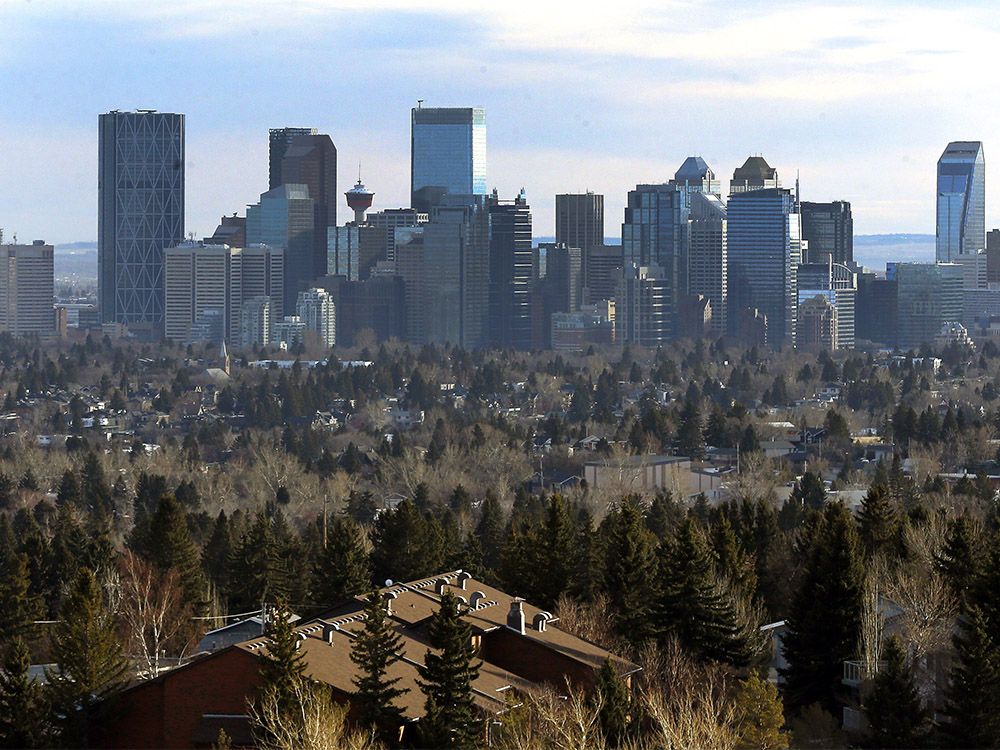 Speaking to reporters shortly after the federal Liberals tabled the budget, Gondek said she expects the budget will help address the “critical need” for more affordable housing.

“We have seen tremendous success with this type of initiative and the way that the budget flows, so we’re pretty happy,” Gondek said.

“Overall, there’s potentially a lot of good news for Calgary, but the details are slim and we need to remain vigilant in our advocacy to get our fair share.”

The budget makes big commitments to housing, with the Liberals setting sights on making home ownership more attainable for young Canadians priced out of the market.

About a third of all new spending in the budget, or just more than $10 billion, is earmarked for housing. That includes $4 billion over the next four years to help cities and municipalities create affordable housing, and $1.5 billion over two years for the feds to create 6,000 new affordable housing units, with at least a quarter of that going toward women-focused projects. A separate tax credit that gives $7,500 to homeowners constructing a secondary suite also got a positive review from Gondek.

Elsewhere, Gondek highlighted green energy spending and incentives for private business investments as potential boons for Calgary from the budget.

But she said the city was disappointed by a lack of funding for the city’s downtown, saying that while some sectors central to Calgary’s core saw investments, “that doesn’t help cities themselves deliver on important infrastructure that’s needed for downtown strengthening and revitalization.”

Finance Minister Chrystia Freeland said in her speech to the House of Commons that the budget aims for “fiscal responsibility,” while making major investments into areas including defence, green energy and housing.

The lower-spending budget projects a $52.8-billion deficit. It’s about half of last year’s deficit, but the number remains higher than what was seen in pre-pandemic budgets.

“It’s still quite a bit of spending with what I would argue is not a lot of material benefits for Calgarians,” said Rempel Garner, who represents Calgary Nose Hill.

“It doesn’t seem like there’s a lot of measures to do things like tax relief or other sorts of long-term programming or policy work that would actually materially impact inflationary measures, so I think that’s going to be a concern for a lot of people.”

Alberta Finance Minister Travis Toews said the province was pleased with some budget items, including a 50 per cent tax credit for carbon capture investments.

He said inflation remains a concern for Albertans, and charged economic stimulus from high government spending is contributing to those rising rates.

“Overall, this budget is a very high spending budget, and from that standpoint I have concerns with overall fiscal policy for budget 2022 . . . This budget, with respect to its fiscal policy, I believe will continue to contribute to inflation across the country,” Toews said during an interview Thursday afternoon.

Health spending was a big part of the federal budget, with the Liberals following through on promises in their confidence and supply agreement with the NDP. That includes a dental program starting this year for children under the age of 12.

Toews said he had hoped to see greater federal funding for provincial health-care systems via the Canada Health Transfer, a long-standing request from Alberta and other provinces.

“We’re seeing investment in dental care, kind of a boutique programming in health care, and we would have much sooner seen a commitment to increased federal funding for health care,” he said.

Speaking in Winnipeg on Thursday, Alberta NDP Leader Rachel Notley also voiced disappointment there was no increase to the health transfer. She said that’s a priority she had pushed for when she was Alberta’s premier.

“The federal budget does not provide Canadians, and in particular the citizens of Manitoba and Alberta, with the support for health care that we all need in order to repair the long-term and probably multi-generational damage that has been inflicted as a result of the COVID-19 pandemic,” Notley said.

Alberta public health advocacy group Friends of Medicare said they’re pleased with the dental care expansion, but are disappointed more commitments weren’t made in areas including the opioid crisis, which killed 881 Calgarians in 2021.

“People are dying in record numbers, yet our governments still aren’t treating this like the public health crisis that it is,” Friends of Medicare executive director Chris Gallaway said in a statement.

Presenting the budget, Freeland made clear Canada was moving away from spending related to the COVID-19 pandemic, which has dominated the past two years.

She defended the aid programs that helped families and businesses stay afloat during lockdowns as the reason Canada’s economy has recovered, but she said that kind of spending cannot go on forever.

“The time for extraordinary COVID support is over,” she said.

— With files from The Canadian Press